The long-awaited sequel to the 2011 indie hit Kerbal Space Program is coming next year. 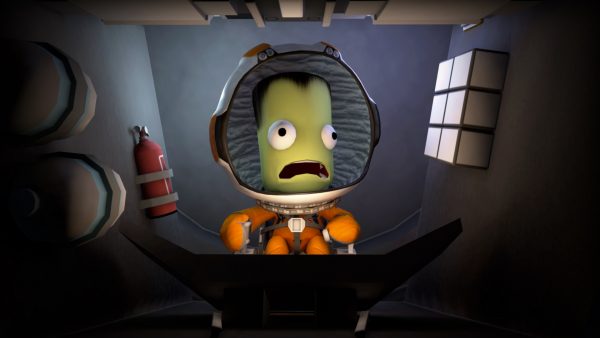 Currently in development from Star Theory and publisher Private Division, Kerbal Space Program 2 is described as a complete re-design of the series from the ground up in order “to meet the needs of modern and next-generation space exploration,” according to its Steam page. In other words, Kerbals – those small green lads – will receive some cool new technology that will propel them even further into space. The sequel will see players build a space program and construct spacecrafts, then take those spacecrafts to new planets, design resource-gathering colonies, and uncover the secrets of the galaxy. It’s Kerbal Space Program, but bigger.

You can also expect to find a few broader updates when compared to its predecessory. This time around there will be full animated tutorials to take you through the basics of the game, along with improved UI. Investigating potential colonies will be its own challenge too, with varying type planetary physics and resource-gathering goals.

Eventually colonies can become advanced enough to begin building their own ships and dive even deeper into space using interstellar travel. Kerbal Space Program 2 will also finally include the long-requested addition of multiplayer – but this info will be detailed at a later date.

Seattle-based indie studio Star Theory Games took over development of the Kerbal series when the franchise was acquired by Take-Two Interactive in 2017. The original Kerbal Space Program was developed by Mexican game studio Squad.

“We are happy to say that as well as being lifelong fans of KSP who deeply understand what makes this game so great, they are also skilled developers with their own roster of games,” said a Squad representative in a statement posted to the official Kerbal forums. “We’re confident that you’ll all love what is being concocted to bring our beloved franchise to new heights.”

Squad confirms it will “continue to support” the original Kerbal game, and that members of the original team “are assisting Star Theory to make the best possible sequel.”