If you’re looking forward to Biomutant, and you like Premium Editions, there are two available for pre-order.

The Atomic Edition and Collector’s Edition for Biomutant were revealed today by  THQ Nordic.

Each edition comes with a copy of the post-apocalyptic game, and something to sit on your shelf. Or table. Wherever it is that you set things at your place. 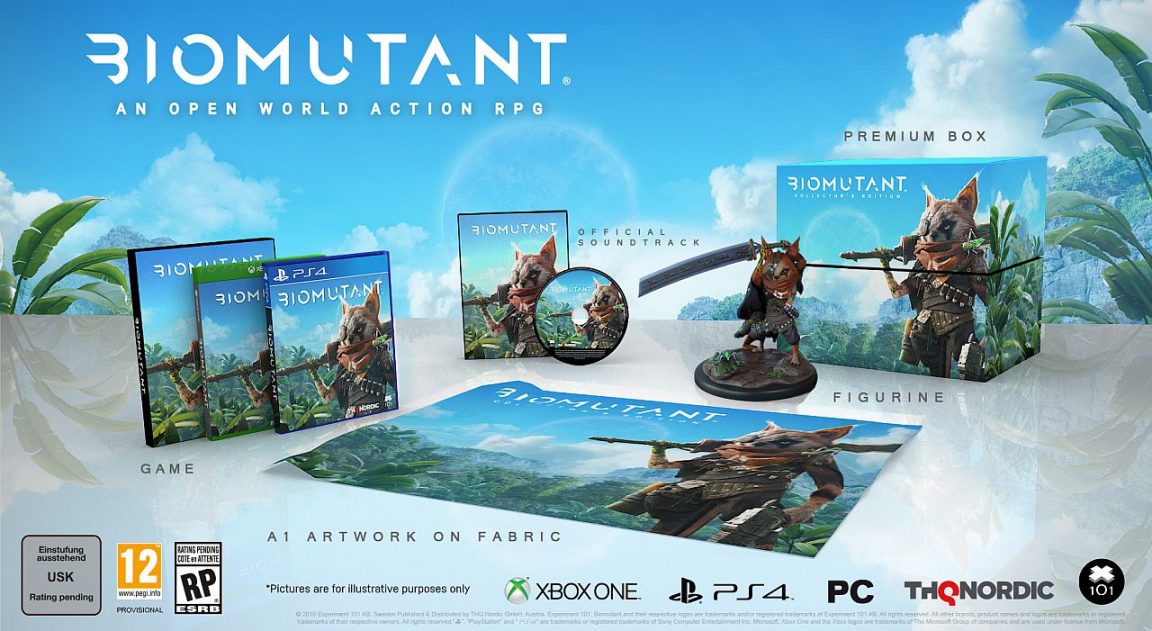 Announced in 2017,  Biomutant, the open-world action RPG from Experiment 10, lets you change your character’s abilities and appearance with mutations, bionic prosthetics and weapons.

Players can grow claws, sprout wings, or attach a robotic leg and even more. Each customization will impact the way the game hero plays in real-time combat using melee martial arts moves and firearms.

Here’s a refresher on the game’s features since it’s been a while:

Biomutant is currently without a release date, but is coming to PC, PlayStation 4, and Xbox One.