Microsoft has announced the first round of titles coming to Xbox Game Pass in August.

Eight titles coming to Xbox Game Pass have been announced.

Starting tomorrow, August 1, Ashes Cricket will be made available alongside Pandemic and Downwell.

Next week on August 8, two titles will be added to the service: The Jackbox Party Pack 2 and Space Hulk Tactics.

The following week on August 13, The Bard’s Tale Trilogy will be released. The following day, August 14 Slay the Spire will be added to the service.

A couple of weeks later on August 27, The Bard’s Tale 4: Director’s Cut can be downloaded. 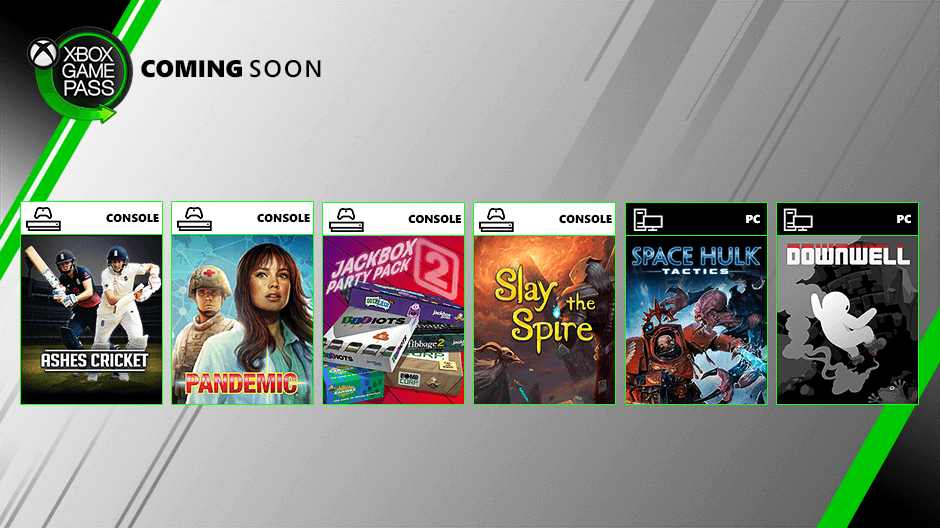 Wasteland 30th Anniversary Edition will arrive sometime in Q4, and in spring 2020 Wasteland 3 will be added.

Additional titles for August will be announced at a later date.