Bethesda has announced their latest developments in streaming tech during E3 2019.

As part of their E3 presentation, Bethesda unveiled Orion, a “collection of technologies” that will improve streaming services, whether that be PlayStation’s Remote Play, Microsoft’s xCloud, Google Stadia, or any other system.

Orion was unveiled by James Altman, director of publishing at Bethesda, and Robert Duffy, chief technology officer at ID Software. 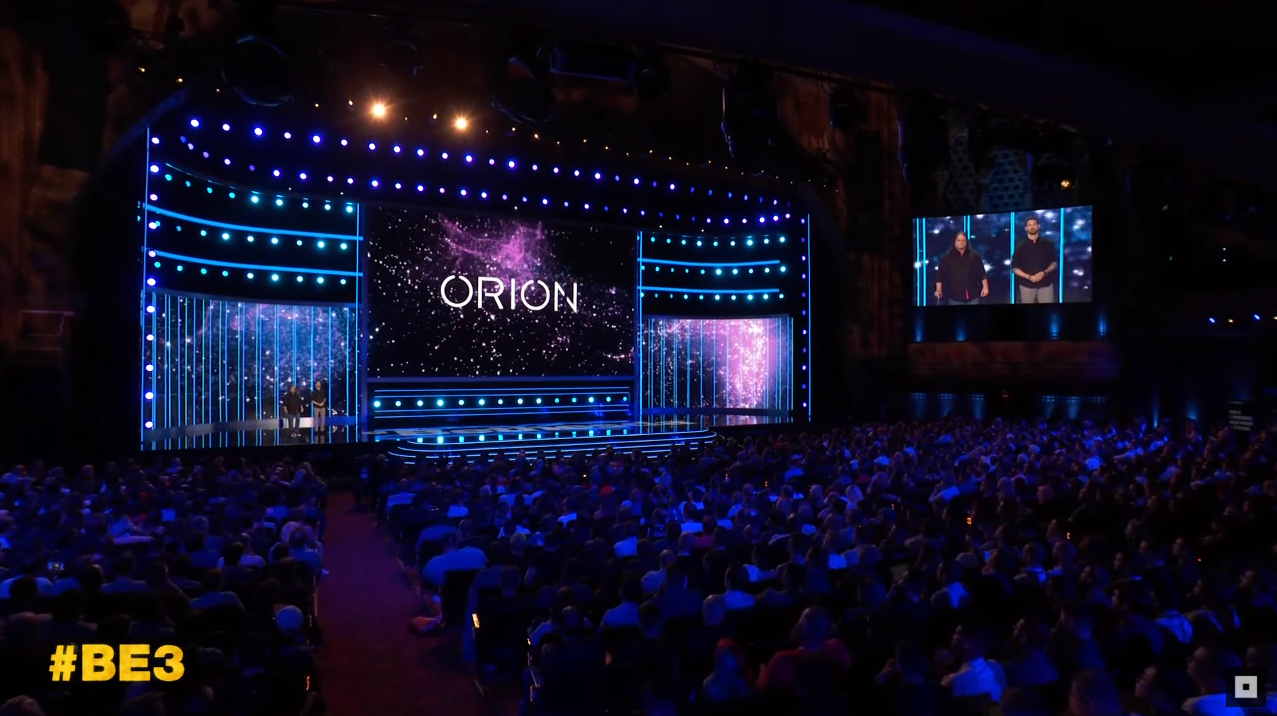 Orion is “a tremendous breakthrough in streaming technology”, according to Altman, and is their name for a group of patented technologies that “optimise game engines for performance in a cloud environment”.

Orion can work with “any game engine”, and works with all streaming platforms. It focuses on game engines rather than hardware, which allows for streaming up to 20% faster with 40% lower bandwidth if games support it.

To really show off what Orion can do, Doom (the original, not Doom Eternal) was streamed live on stage on a mobile, and as reported, it seemed to work pretty well. The mobile was hooked up to a controller via a cradle, and it certainly seemed to run well, even compared to the similarly portable Switch version.

The game ran at 60fps without a loss of latency. Players who sign up at Doom Slayers will have the opportunity to stream Doom 2016 themselves, so head over to the site and register if you’re keen to check this technology out.

Hopefully we’ll see this technology at work sooner rather than later.