The legendary blade of evil’s bane. Here’s how to get it. 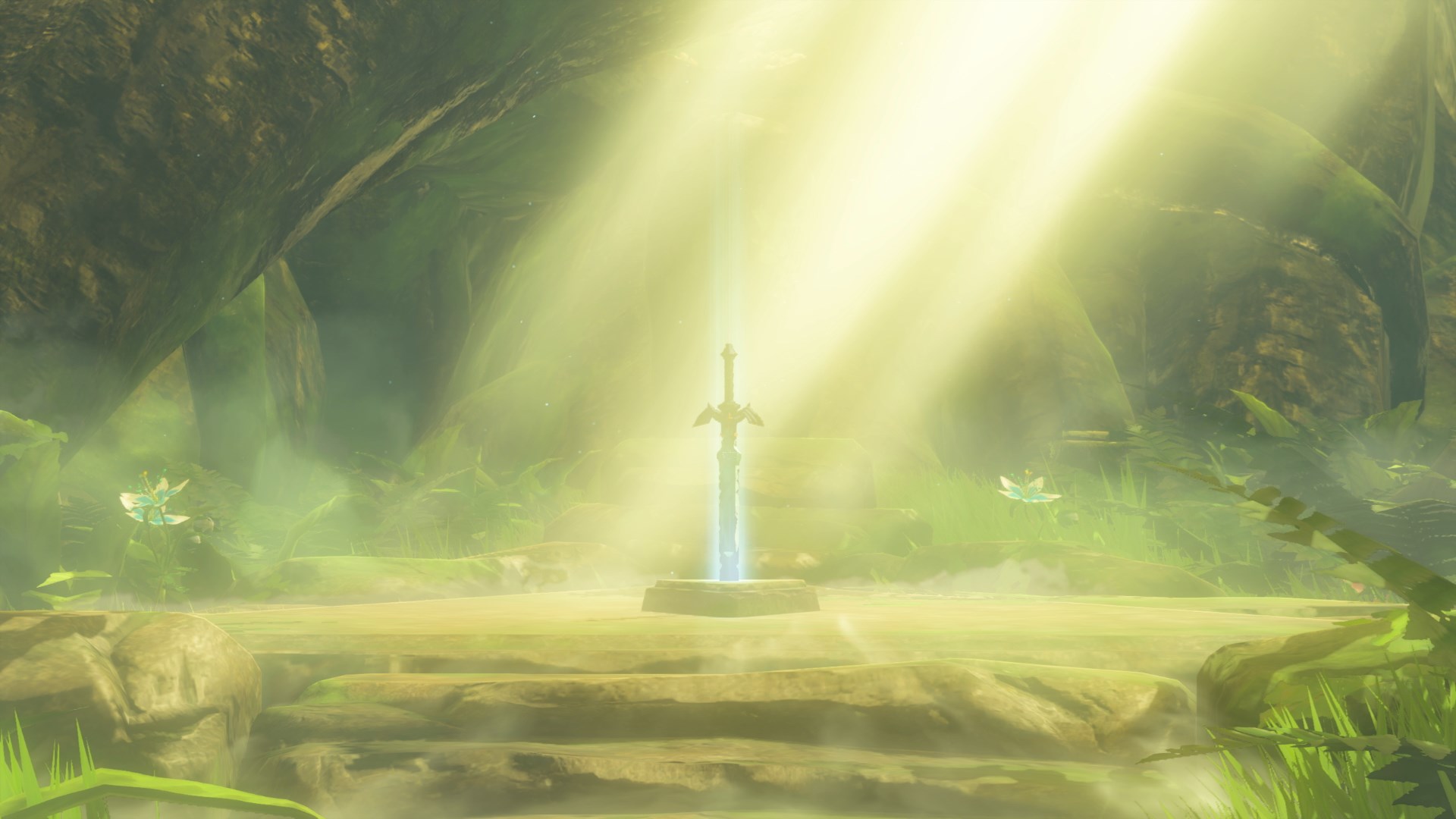 The Legend of Zelda: Breath of the Wild Master Sword Location – Where to find the Legendary Blade

Things are very different in this game, in fact – the sword of legend is actually entirely optional, and it’s easy to get very late into the game without knowing anything about it, though a lot of NPCs talk about it in passing.

The Master Sword is a great weapon, however. Optional though it might be, it has a solid damage stat, never breaks (though it does need to recharge on occasion) and does double damage against any enemies directly associated with Ganon, including the game’s major bosses. It’s hard to argue with that.

Paired with the Hylian Shield, trusty steed Epona and some Amiibo Tunics it also makes for a decent ‘classic Link’ set-up.

The key with the Master Sword is that you can actually run right to it from the moment you start the game, as with much in Breath of the Wild. There’s a catch, however: you need to be powerful enough for the sword to deem you worthy of being its master, and if you’re not, well… the sword kills you. Which seems a little harsh for a sword of light and justice, but we’ll go with it. Anyway! First thing’s first: where to find the sword. 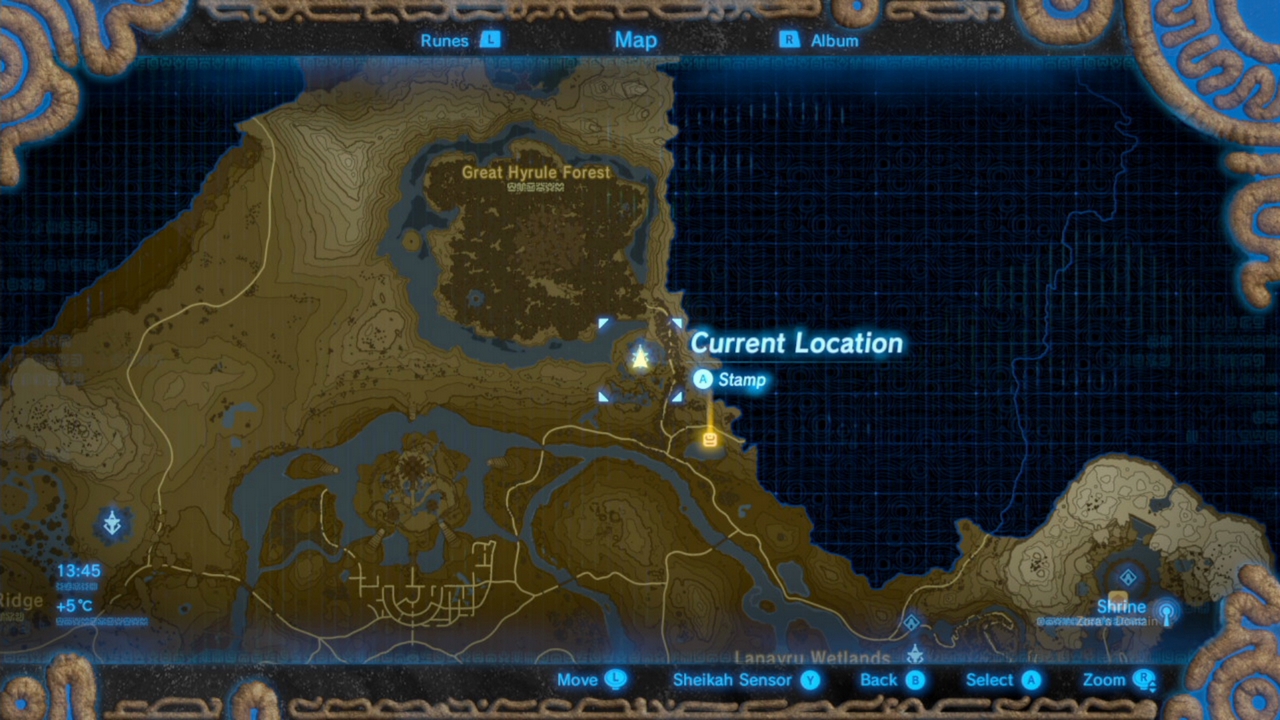 Heading to Korok Forest – the location of the Master Sword

The location you want is the Lost Woods, as pictured above. If you’ve played A Link to the Past (or indeed Twilight Princess) this location might not come as much of a surprise to you.

When you do, you’ll find lit torches laid out. It’s foggy and creepy. 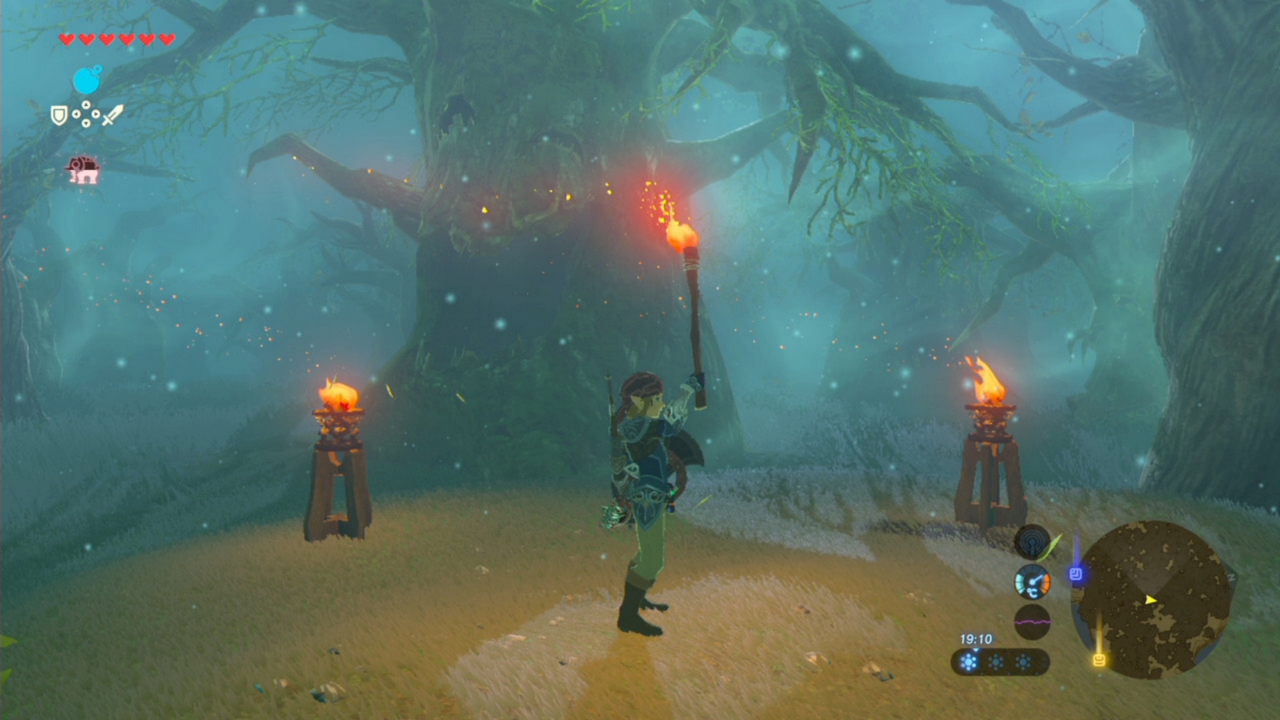 How to get through the Lost Woods and reach Korok Forest

The path for now is simple: follow the lit torches. It’s fairly dark, so it’s not a bad idea to bring and light a torch of your own, or a wooden weapon that can double as one.

Pretty soon you’re going to come across the image above. Two torches and a creepy face. From here on out you’ve no more torches, though this is a checkpoint. Zelda fans will know the Lost Woods well – venture too far off the stated path and you’ll be returned to this point.

In order to get through the Lost Woods what you have to do is simple, but not necessarily easy: pick up a torch and look at the way the wind is blowing. You’ll be able to see the embers of the torch being blown about, and so long as you walk in the direction of the wind the woods won’t consume you and send you back to the start.

This can involve a bit of trial and error, but I managed to do it on my second attempt. Here’s the path I took:

Eventually you will pass through the Lost Woods and into the Korok Forest area. There are loads of koroks here, and sadly none of them will give you Korok seeds. Grr. Walk straight forward and you will find the Master Sword waiting…

How many hearts you need to get the Master Sword

But wait! Before you do anything, consider heading to the right from the Deku Tree. Just around the corner is the Keo Ruug Shrine. Even if you don’t plan to do it, go activate this shrine – it then means you won’t have to travel through the Lost Woods again when you want to come back! If you decide to do this shrine, it’s a tricky one… it involves examining the constellations on the wall.

Anyway. Head up to the Master Sword for some lovely story exposition with the Great Deku Tree. How many Links has this guy known? (Could this be the same sproutling planted at the end of Ocarina of Time? Did this one live through Wind Waker?)

Ah, anyway – the sword won’t let you pull it. The sword requires 13 hearts to be pulled. To be clear, each and every one of those have to be real hearts, bonuses from cooking or other buffs don’t count.

To get hearts, you need to do some more shrines. Each shrine you complete will net you a spirit orb, and every 4 spirit orbs can be traded for a heart container – a small price to pay for the sword of legend…

When you return with the right number of hearts, you’ll be treated to the sword – and of course an iconic cutscene and the iconic music.

How good is the Master Sword? Does it have infinite durability?

The Master Sword is unbreakable, and if you have full health and ‘throw’ it, it fires a beam classic Zelda style.

It glows blue whenever it’s in the presence of an evil being it’s more powerful against, such as a dungeon boss or Ganon himself. In these circumstances it doubles its power stat from 30 to 60. Inside Hyrule Castle, home to some strong end-game bosses, it will consistently glow blue regardless of where you are.

If overused the sword will become unusable and need recharging, however, so you should use it sparingly and save it for those big encounters with demonic beasts. It will never break, but in this regard it sadly doesn’t have infinite durability. It’s still an amazing sword, however.