Microsoft has announced new titles coming to Xbox Game Pass to close out the month of March.

Five additional titles coming to Xbox Game Pass in March have been announced.

Starting tomorrow, Deus Ex: Mankind Divided arrives on the service alongside What Remains of Edith Finch.

Next week on March 28, The Walking Dead: Michonne and Dontnod’s Vampyr will become available.

The following day, March 29, Zen Studios’ dungeon crawler Operencia: The Stolen Sun will be added to the service. 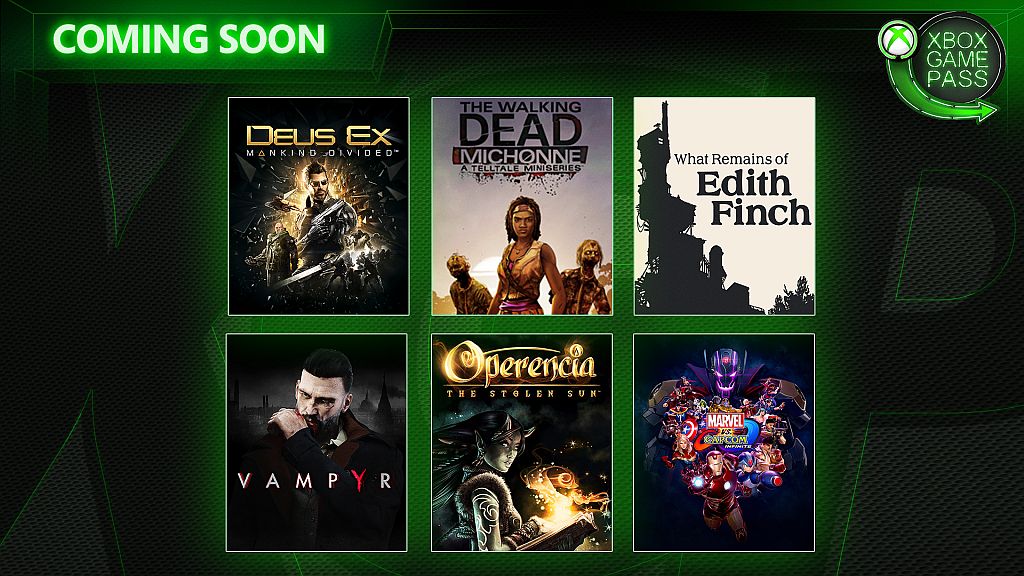 Xbox Game Pass will kick April off with Marvel vs. Capcom Infinite on the 1st.

In February, Batman: Return to Arkham, Headlander, Disney Epic Mickey 2: The Power of Two, The Walking Dead: Season 2, Alien: Isolation, Shadow of the Tomb Raider, The Walking Dead: The Complete First Season, Crackdown 3 and others were added to the library.