The long-anticipated open beta for The Division 2 is finally here, giving fans – and three of their friends – the chance to test out some of the game’s early missions.

We’ve spent a lot of time gunning down bad guys, looting and exploring D.C., so thought we’d share The Division 2 beta tips for anyone going in hot this weekend.

Throughout The Division 2’s dilapidated vision of the United States’ capital, there are resources – and most importantly – boxes stuffed full of loot around every corner.

As you’re making your way around the streets of post-collapse D.C., you’ll be guided by an orange GPS marker to your next objective. However, don’t feel like you have to stick to it like a roller-coaster does to a track – take shortcuts through alleyways, cut corners through buildings, and you’ll more than likely stumble across crafting materials or new gear along the way. 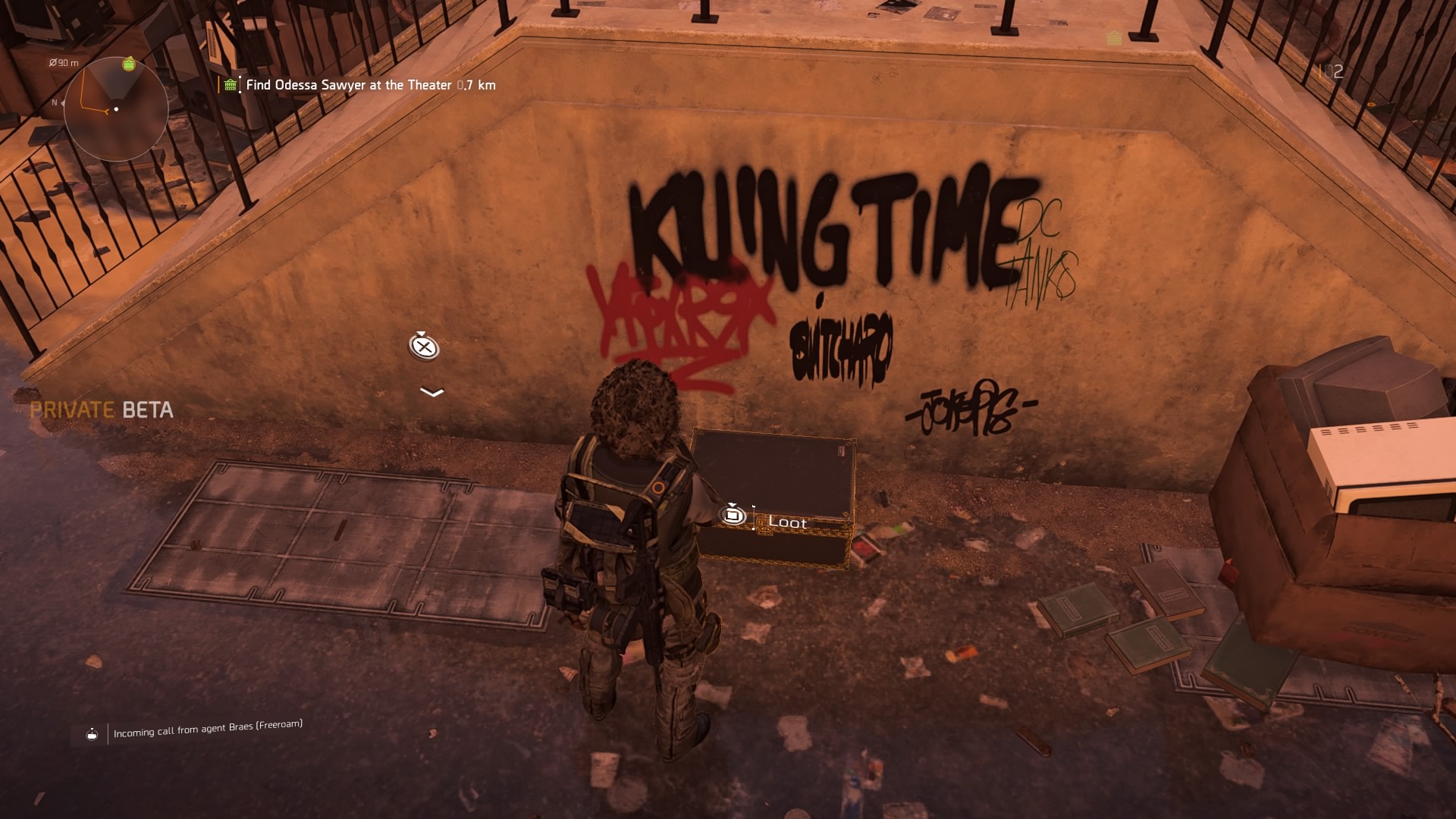 With roots in special forces fiction, Tom Clancy games have often focused on the tactical side of war; and The Division 2 is no exception.

This is not a game that you can brute force very easily. To advance you’ll need to hang back, pick off foes, and flank the enemy. Otherwise you’ll just be surrounded and shot from multiple sides, with eager bullets ripping through your feeble health bar in seconds.

The third-person shooting in The Division 2 feels great, but the intensity of it can be quite engrossing – especially since enemies can burn through your health bar quickly and put you under pressure.

This makes it very important that you remember to use your abilities. Whether you’ve chosen the Drone, Seeker Mines, or Turret, they’re all very powerful, and you should use them as much as you can.

For solo players, the Turret is especially strong because it not only deals a large amount of damage over time, but draws aggro as well. 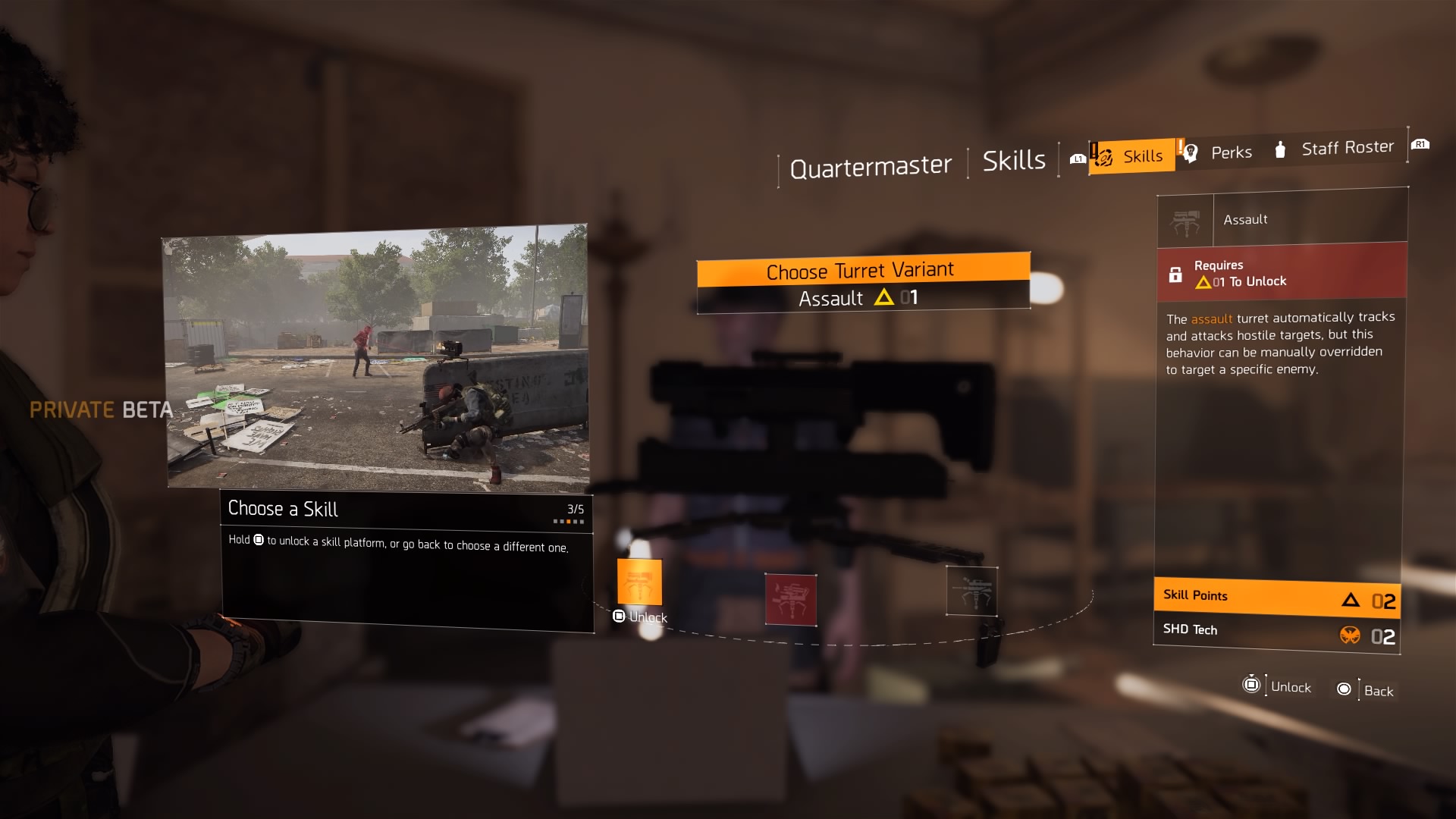 As you make your way into mission areas, you’ll come across floating boards with the mission name and recommended level. If you’re on your own and fancy enlisting the help of some well armed friends, this is where you matchmake with other players who want to run the same sortie as you.

If you think you’re in for a tough time, make use of the feature. It’s easy to get surrounded on your own, and an extra gun or two can be fun for tough fights. 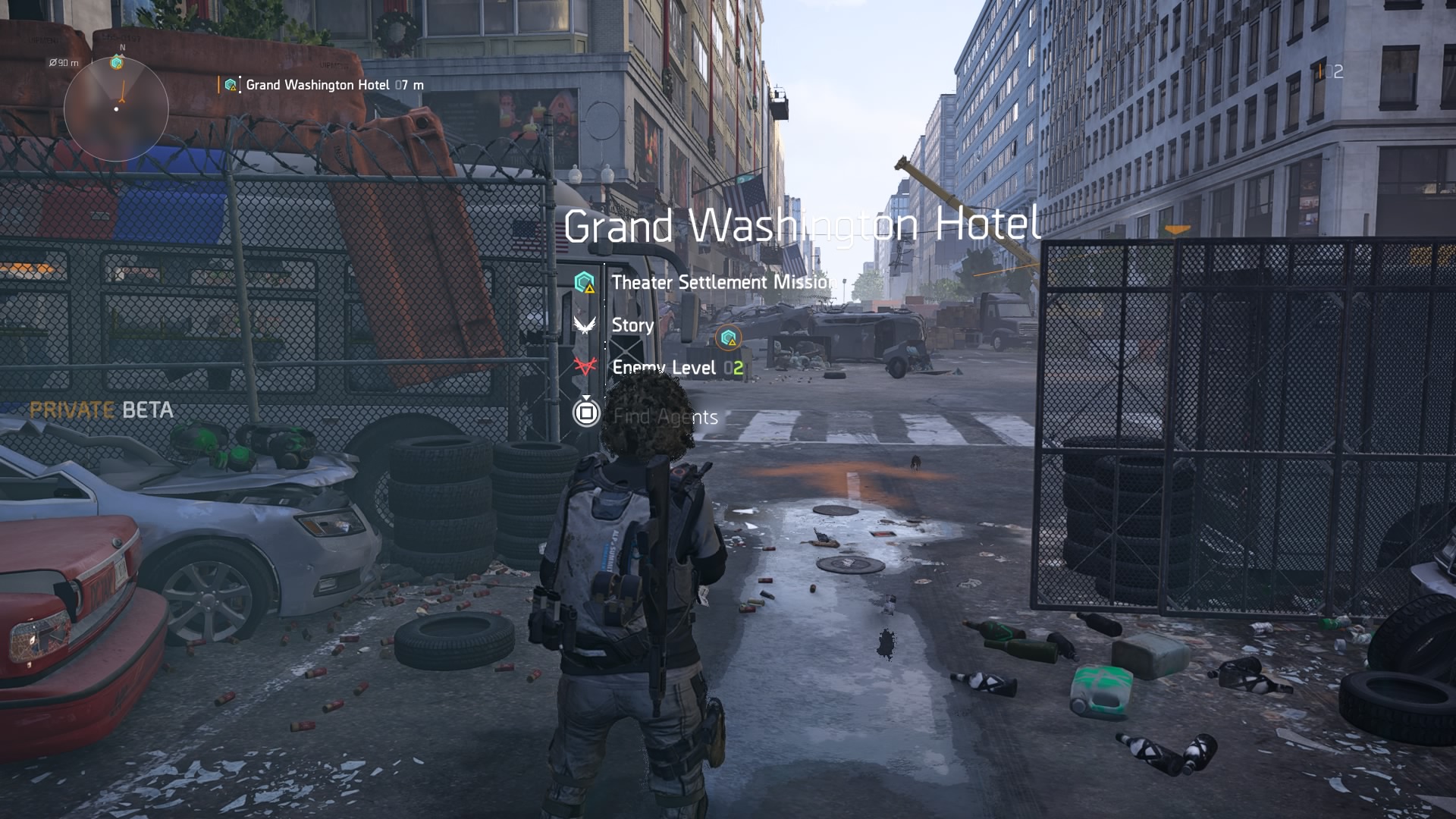 It can be tempting to deconstruct or sell all of your junk immediately, but in The Division 2 unused items can sometimes be donated to “Projects”. These special side missions reward you with XP and blueprints for crafting items, so be sure to keep some of your hand-me-downs in reserve.

If you reload your gun while there’s still ammo in the mag you’ll leave a bullet in the chamber. This is best to do with a full magazine at the start of an engagement for an extra boost.

In dense urban areas, it’s quite common for organisations to build up rather than out, and that’s no exception in The Division 2. Bases of Operation like The Theatre are spread over many vertical floors which can mean it’s a bit of bind to have to run all the way back down to the ground to progress.

Luckily, if you look around on safe rooftops, there’s more than likely a grapple line that will have you back in the Dark Zone again in no time.

Plus, there’s fast travel in The Division 2, so remember if you need to backtrack to a location you can get there without walking by opening your map screen. 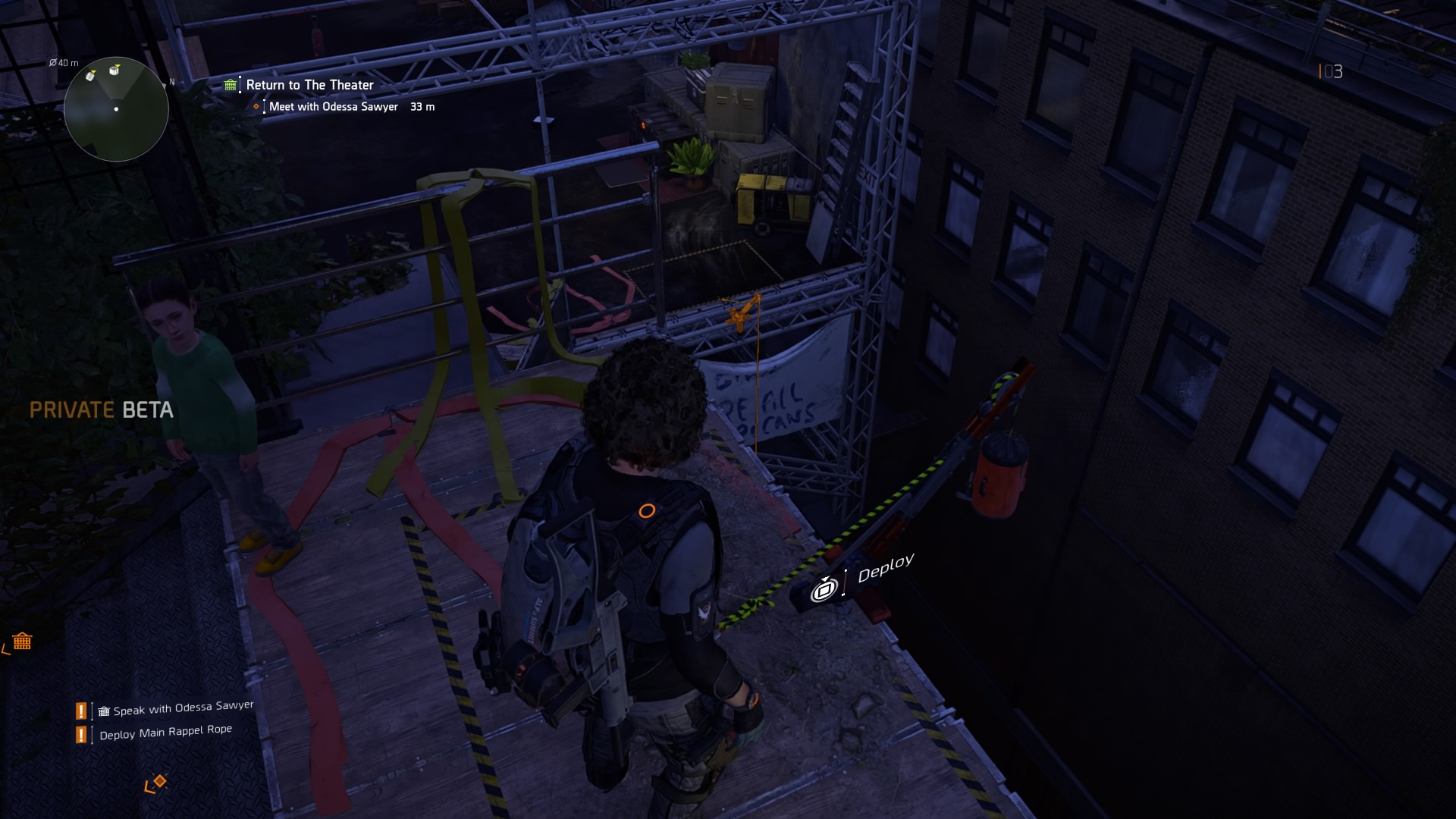 It might not be quite the same level as Call of Duty: World at War on Veteran, but there’s a lot of grenade spam in The Division 2 beta.

Not only that, but the grenade thrower enemies can hurl exploding pineapples with ridiculous accuracy over incredible distances, so be sure to move position if you see someone winding up a hail Mary.

Cleared out a room? Start your turret cooldown early by holding the button or key that you’ve assigned to call it out (L1 or R1 on PS4).

This can be invaluable if a fight turns out to be easier than you thought since you can get your best ability back for tougher engagements ahead.

There’s tons of loot to collect in The Division 2 beta, and lots of the gear you find will have multiple bonuses. Not all of these are active all of the time however.

Some items are branded – you can find Douglas & Harding, Providence Defence, Airaldi Holdings, as well as others – and more of their bonuses activate as you don more pieces from the same brand.

This means there’s more to consider than just armor rating when choosing your outfit, since you might be missing out on powerful passive buffs.

For more info on The Division 2 open beta, be sure to check out our page on the start and end times, and how to invite friends.