Fallout 76’s weekly challenges don’t just have you hunting down some of the Appalachian wasteland’s deadliest creatures, but doing it in style too! Here’s where you can lay your hands on a Fishing Outfit and Hat, as well as Cultist Clothes.

The easiest ways to grab some of these items is by buying them with caps, so make sure you have plenty to hand – but that’s probably not an issue at this point. The rest you can unearth if you known where to look.

Outfit challenges like this tend to come back around after a while, so once you’ve picked up a set, store it in your C.A.M.P – or the alt account that you definitely don’t have – and you’ll probably get some more use out of it later.

One of the latest batch of weekly challenges is to “Kill Mirelurks, Anglers, Crabs, or Gulpers while wearing a Fishing Outfit and Hat”.

Finding these enemies isn’t too tough – just squelch around in watery areas and swamps – but if you haven’t happened across a fishing outfit in your scavenging, then it can be hard to track one down.

Luckily, you can buy both an “Old Fisherman’s Hat” and “Brown Fisherman’s Overalls” from the Creekside Lodge shop in the basement mall of The Wellspring Resort. 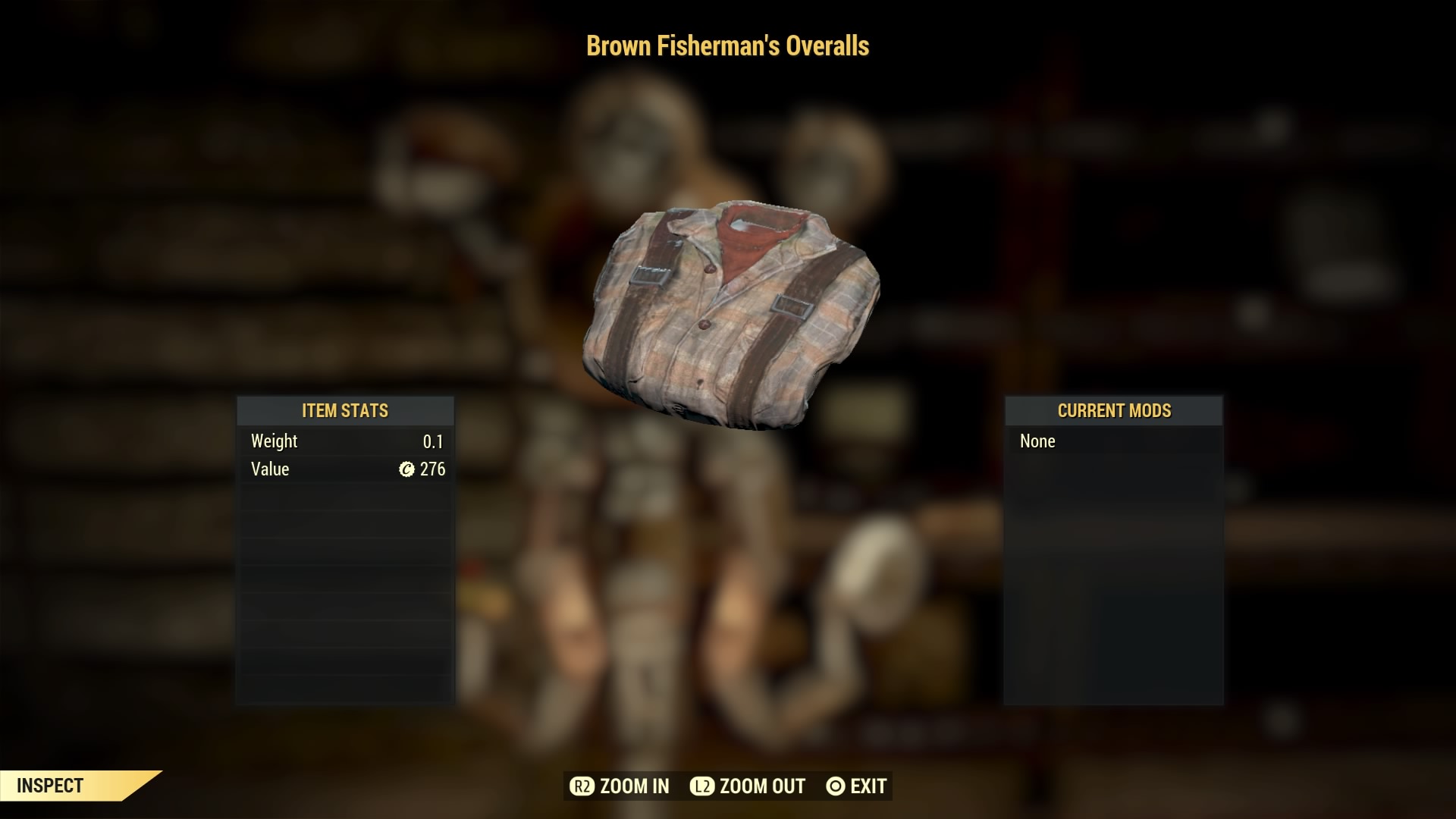 You can find the resort to the northeast of Uncanny Caverns, southeast of Flatwoods, and almost directly east of Charleston. 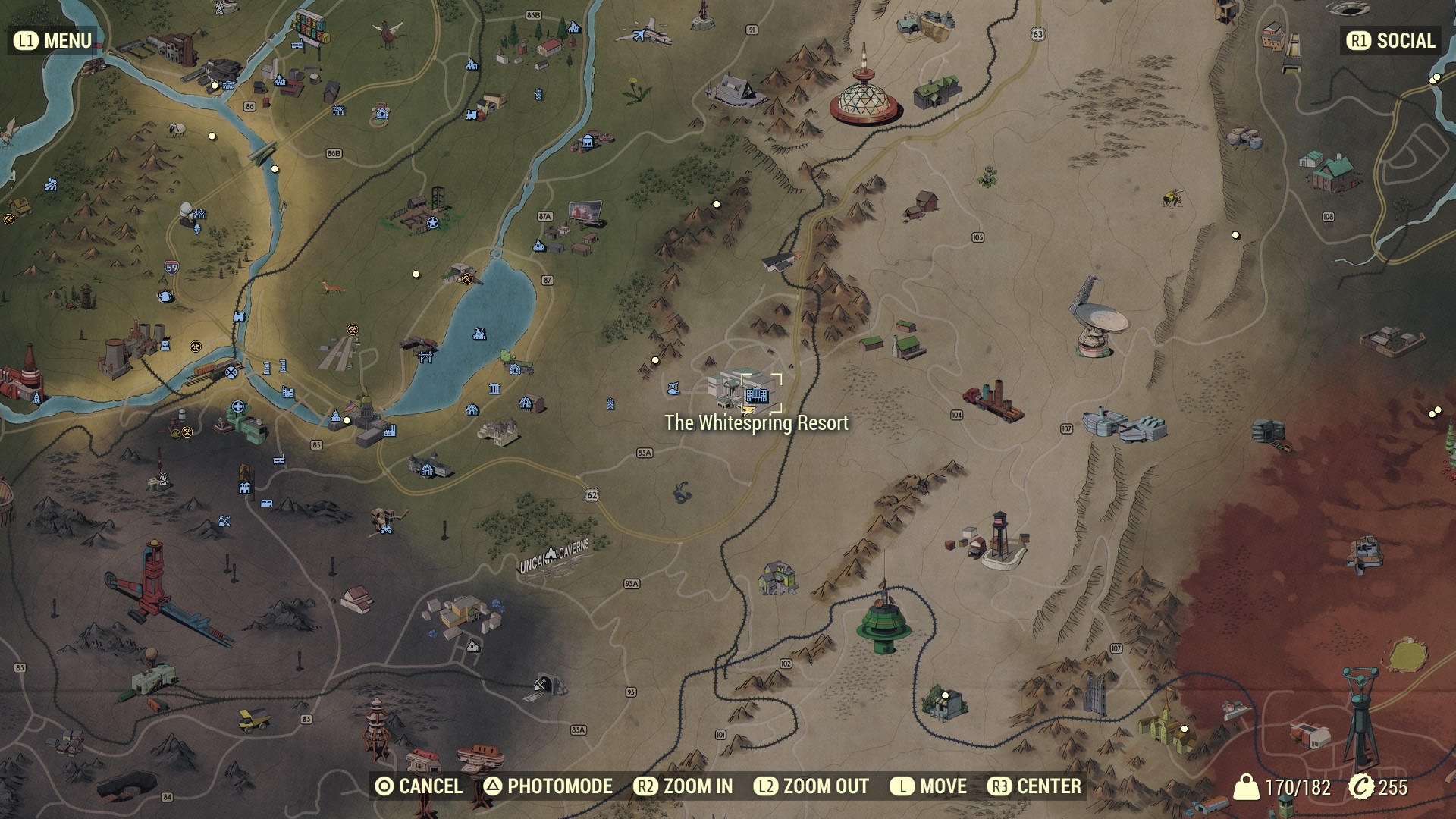 The periphery of The Wellspring Resort is absolutely teeming with high level ghouls, glowing ones, and scorchbeasts, so be on your guard. However, it’s still possible even at lower levels to sprint past the horde and make it to the main building – once you’re in range the patrolling Assaultrons and Sentry Bots will step in to take the aggro.

While the Fisherman’s Outfit is quite clearly labelled, the “Cultist Clothes or Hat” aren’t as clear, since there’s nothing called exactly that in Fallout 76.

The closest things to Cultist clothes we can think of though are the Ritual Bindings and Ritual Mask that are found at multiple locations throughout Appalachia.

One place where you can find them is in Lucky Hole Mine in the far southeast of the map. 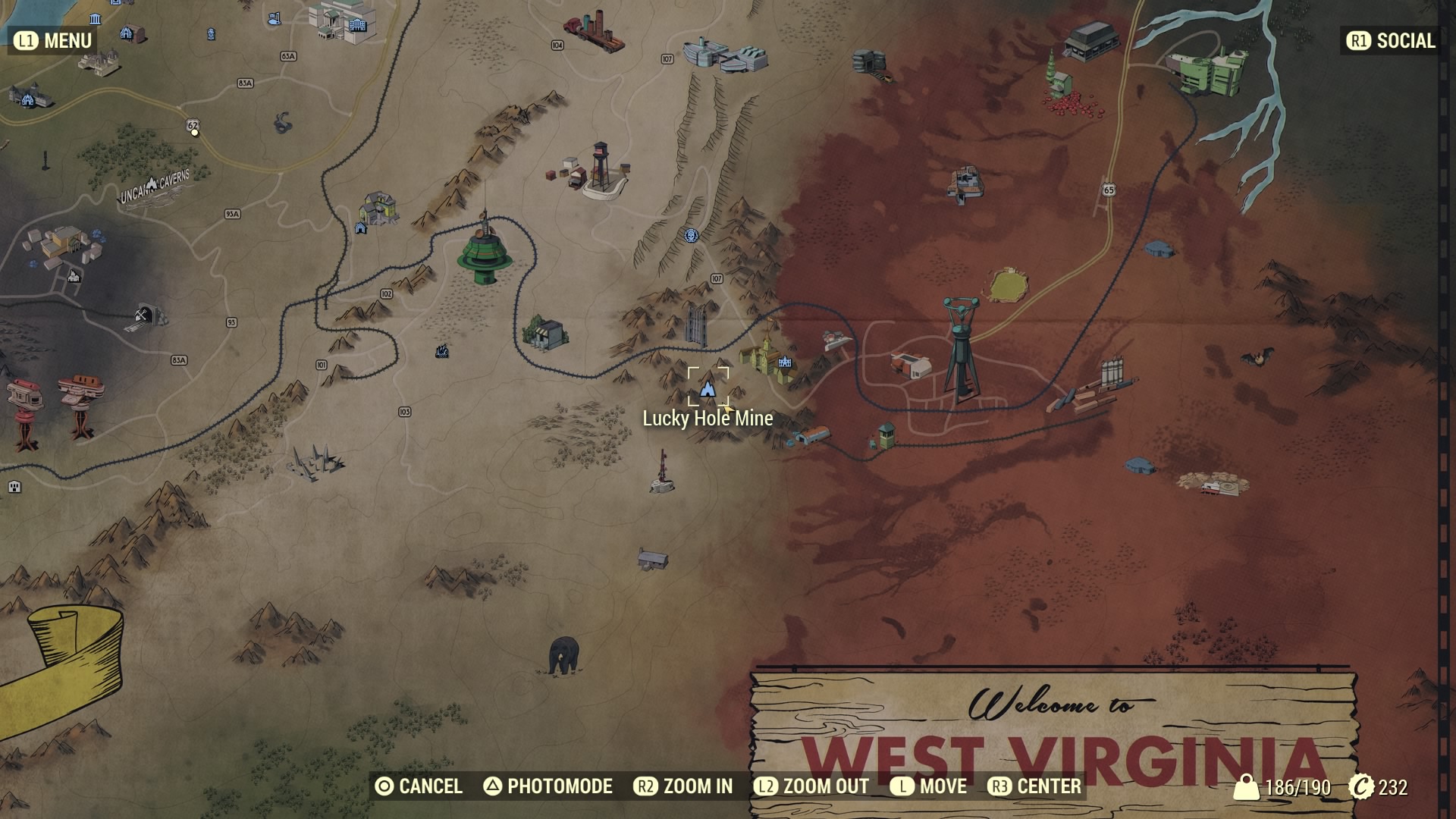 It’s southeast of The Wellspring Resort and Uncanny Caverns.

Inside the mine, fight through the radroaches and Mole Miners – who seem to have found a cache of missile launchers.

Towards the bottom of the mine you’ll find the entrance to a secret room hidden behind a bush. Inside, you’ll find Ritual Bindings and the Ritual Mask – along with a Serrated Cultist Dagger.

The following video from YouTuber BiiGSY shows you exactly where to go:

If you’re after some Fallout 76 Formal Wear for another weekly challenge, or just fancy looking a little more debonair in the wasteland, we’ve got a guide on where to find that too.

Fallout 76 has been much maligned in its short lifetime, but the way that players have riffed on its environmental storytelling is top-notch, say Jeremy Peel.