It’s a question that comes up during job interviews and college essay writing, and every time I’m asked, I always answer the same way: my grandmother. But I’ll never tell her that.

My grandmother has a complicated relationship with the word “hero”. It’s a relationship defined by the horrors she lived through in Auschwitz. The few times we’ve talked about her experience in the camps, heroism never factors into my grandmother’s stories. It wasn’t a luxury she could afford to think about.

After all, heroism is defined by an active choice. How can you make a choice if your will and spirit have been broken? And what does it say about those that perished in the camps, the men and women who took a stand and were killed or helped others at their own peril, if we only valorize the survivors? No, my grandmother was preoccupied with surviving, so she thinks of herself as a survivor. 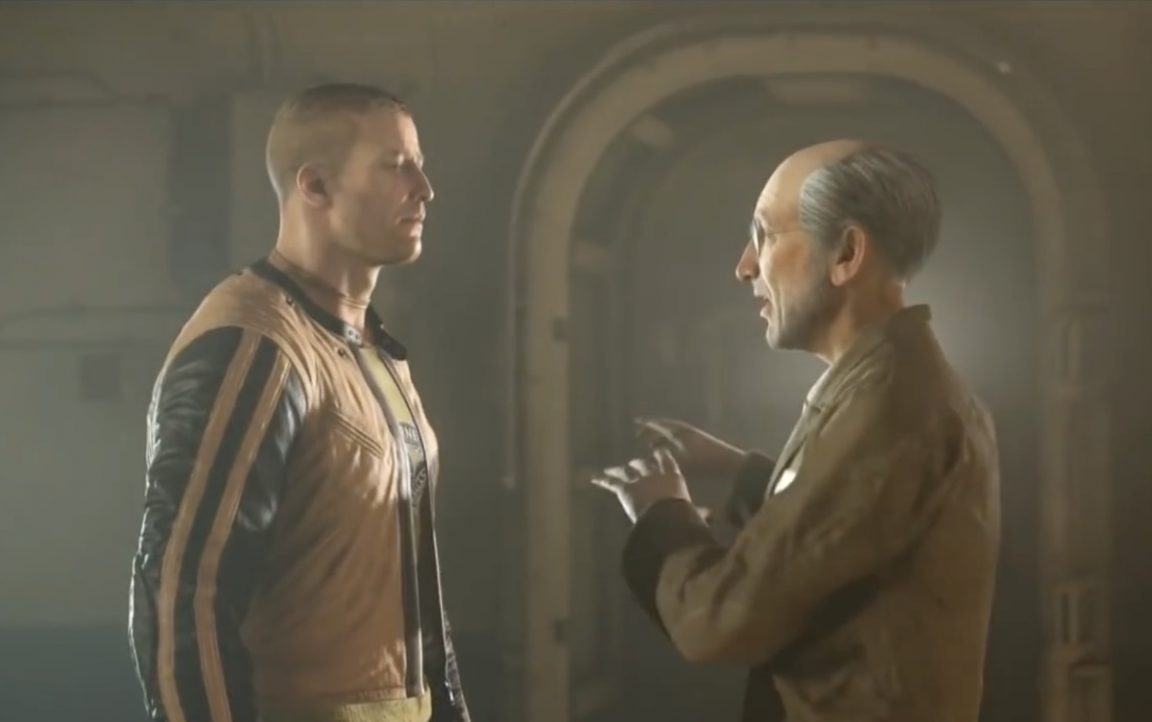 “Set Roth is proof that heroism can come from the ‘weak,’ that strength can be derived from more than just anger and violence”

For a long time, I thought the same thing. Heroism is active. As Jews, we are the survivors of global conflicts and history – the ones who endure. At least that’s how we’re often depicted in pop culture. That’s why I was surprised when, in 2017, I popped Wolfenstein 2: The New Colossus into my PS4 and found Jews that weren’t just victims and survivors. They were heroes.

It opened my eyes to the real, often hidden history of my people that wasn’t dependent on narratives of victimhood. Instead of relying on Jews as victims to fuel a narrative about fighting Nazis, Wolfenstein 2 evoked the real history of Jewish resistance, using two of its characters – Set Roth and BJ Blazkowicz – to paint different yet complementary portraits of Jewish resilience and heroism.

At first glance, Set Roth fits snuggly within a familiar Jewish stereotype: the gentle soul who is all brains and no brawn. He mumbles in Yiddish and racks his brain in search of an idea for his next scientific marvel. But Set Roth is a survivor and a hero in his own right. Like many Jewish scientists that fled Europe during World War 2, he used his knowledge to construct tools used for fighting fascism – even when he was ostensibly working for the enemy.

Survival in the camps was a matter of ingenuity and intelligence, and Set learned how to become a hero using the tools at his disposal. During his time in the Nazi labor camps, Set invented an Uber Concrete that was used by the Nazis in construction. He also designed a flaw in the substance that would make the ostensibly tough material break down over time. Set found his acts of resistance wherever he could.

Set remains on board the resistance-commandeered Eva’s Hammer U-boat throughout the majority of Wolfenstein 2, but his inventions keep those around him – namely BJ – alive both on and off the battlefield. There would be no game without Set’s mind blowingly bonkers scheme to perform a full body transplant after BJ is publicly beheaded.

In some ways Set resembles the “nebbish,” a Yiddish word for weak or ineffectual people that’s been weaponized by anti-semites. However, the things that make Set “weak” in the eyes of the Nazis are the very things that help him fight legions of Nazi soldiers. He lacks BJ’s physical strength, but his ingenuity is proof that, as Jews, we survive and mine strength from each other, not just ourselves.

As a member of the ancient Jewish society Da’at Yichud, Set studies the advanced technology of his ancestors. He fights the Nazis alongside those that came before him as well as those he’s currently fighting with. Standing on the shoulders of his ancestors and utilizing his people’s tradition and history, Set combats his oppressors without losing his Jewish identity and becomes a unique kind of hero in the process.

Set Roth is proof that heroism can come from the “weak,” that strength can be derived from more than just anger and violence, but BJ Blazkowicz is something else entirely: a radical imagining of a Jewish superhero who uses pure physical strength and survival instinct in order to fight his oppressor. 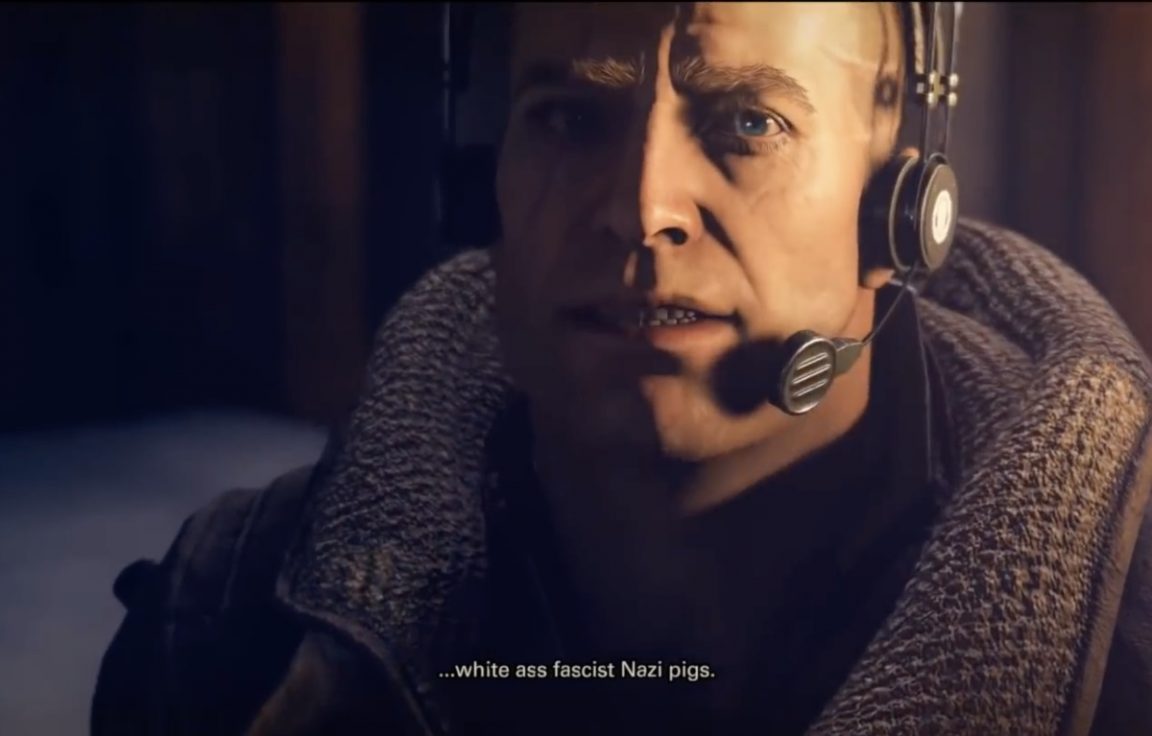 If Set is a subversion of the “nebbish” as a concept, BJ is an indictment of it. He’s a reminder that Jews have always been strong (in the more traditional sense of the word) and had a presence in the typical arenas of masculine expression. Benny Friedman revolutionised American football. Sandy Koufax is a baseball legend. Jews dominated boxing in the 1920s (to the exclusion of black boxers, of course).

More importantly, BJ evokes the very real history of active Jewish resistance during World War 2. Jews fought back against the Nazis in the Warsaw ghetto and small bands of resistance fighters, like the Bielski partisans, rescued Jews from certain death and battled Nazi forces throughout Nazi-occupied territory. They were, in the words of Jewish cultural scholar Paul Breines, “tough Jews.”

There’s a masculine idealism inherent in BJ’s character. The concept of the “tough Jew” itself is a symbol designed to recapture the virility and strength that was stripped away from Jewish men in the camps. But BJ’s vulnerability and resilience make him into more than a masculine power fantasy; those qualities distinguish him as a distinctly Jewish hero, one whose need to survive catapults him into heroism.

At the beginning of Wolfenstein 2, BJ is as vulnerable as can be. He can barely walk without the aid of a wheelchair. Even after he ditches the wheelchair, the only way he can stand is with the aid of a Da’at Yichud supersuit. (Like Set, he’s also leaning on the strength of his ancestors.)

As the grandson of Holocaust survivors, I might be removed from the experience, but I can never forget that I owe my existence to a woman who sat on a knife’s edge between life and death. My very existence is precarious. 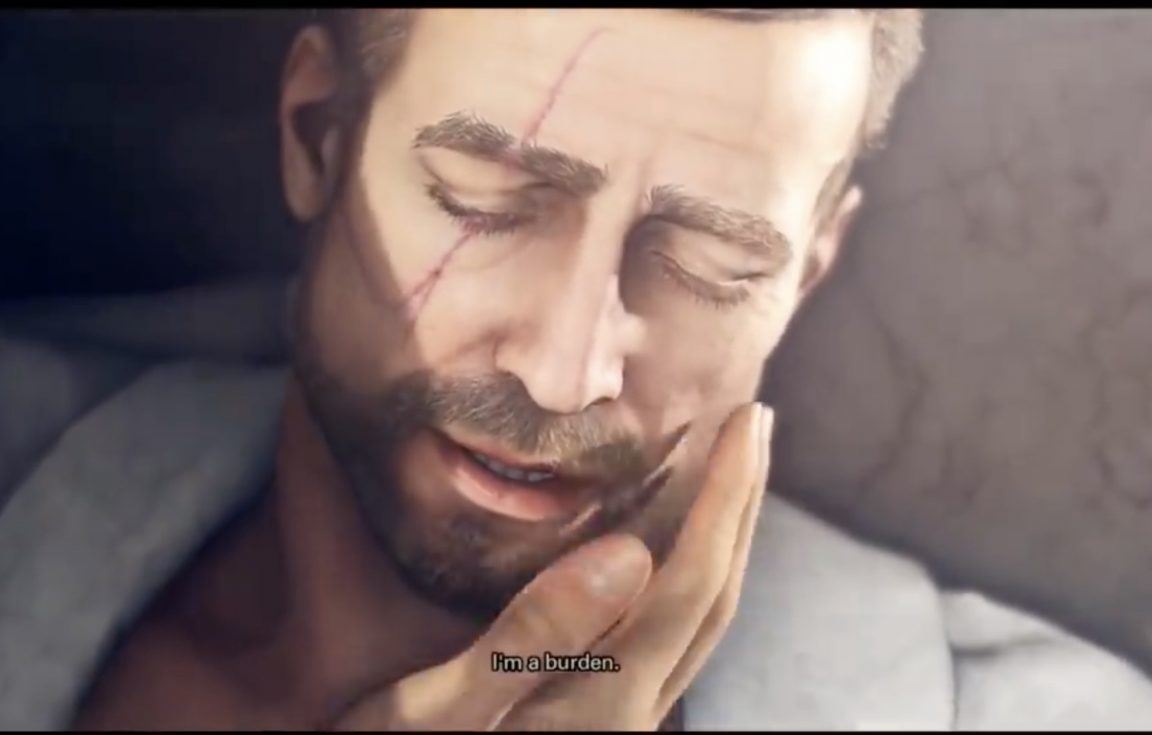 Wolfenstein 2 recognizes that BJ’s vulnerability and mortality aren’t flaws. In that way, BJ isn’t like most traditional superheroes. Like the Jews that lived and died throughout Europe, death and hatred are constant presences in BJ’s life, yet he endures and fights to rise above the fray and survive another day. The difficulty of Wolfenstein 2’s gameplay, at least in the early goings, can feel stacked against the player but – like David against Goliath – we try anyway.

“The very things that often relegate Jews to victimhood in popular narratives – survival, resilience and the fight to stay alive in a world that would rather they didn’t exist – are the qualities that make them heroes”

BJ’s vulnerability also means the player has to get creative and utilize stealth and the environment as much as gunplay to outmaneuver enemies. The drive to survive forces BJ to push himself and his failing body through walls and into cracks. It never feels like BJ comes out of a fight by anything more than the skin of his teeth. And BJ isn’t convinced he’ll make it out of this alive.

He moans about how much of a burden he is to his pregnant wife Anya (a Jewish hero isn’t worth his salt if he doesn’t kvetch), but, like so many Jews before him, he endures. He survives. He never stops fighting in a world and against a power that wants him dead. His existence is resistance. His survival against the odds is a heroic act.

My grandmother might never admit she’s a hero, but Wolfenstein 2 reminded me why she is one. In Wolfenstein 2, the very things that often relegate Jews to victimhood in popular narratives – survival, resilience and the fight to stay alive in a world that would rather they didn’t exist – are the very qualities that make them heroes. Even those who perish under the boot of pure hatred are heroes. They give strength to those that remain.

A game that could have been just an excuse to kill Nazis confirmed something I knew all along. We can be more than survivors. We can be heroes.