Stuck on the Onimusha: Warlords spike trap and water trap? This guide should help you through.

Onimusha: Warlords is a barebones remaster, as I said in my review. That means it doesn’t have a proper checkpointing system. When you die, you’re thrown back to the title screen to load up your last manual save.

One particular section frustrated me because of this. In it, you’re asked to solve three puzzles, two of which can kill you and send you back to the start, forcing you to watch a cutscene again. To take some of that pain away, I’ve put together the solutions for the puzzles so you don’t have to watch it ever again.

The first time you have to switch to Kaede, you’re working with her to bypass this series of traps, starting with grates and levers. The only danger here is from a lever in the middle of a set of three, near the end of the puzzle. Pulling that lever will always hit you with an arrow, so simply ignore it. Thankfully, if you do pull it, it doesn’t kill you outright. 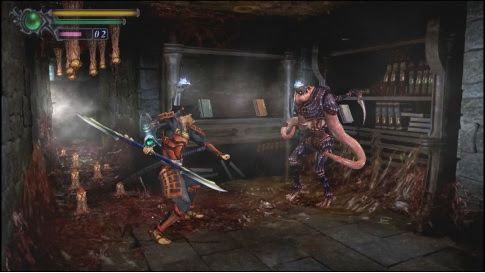 Before you go onto the next trap, you’ll find yourself in a room with a magical energy supply source and two sets of candles. Suck up the energy and use your flame sword power to light the candles, opening the way forward.

This one can be a pain if you don’t know what you’re doing – especially as it’s on a timer and failing it means you’re right back to the first puzzle again.

As it starts, Samanosuke gets trapped in a room that’s slowly filling with water. You need to get to the nearby control panel as fast as possible and solve the puzzle before the time runs out.

The goal of the puzzle is to line up the two circular tiles in the middle bottom of the indentation. Here are the steps required: