Rainbow Six Siege players have a fresh game to play today thanks to the release of the Wind Bastion update.

Wind Bastion brings a new map, Fortress, free for all Rainbow Six Siege players. The DLC’s main attractions, of course, are the two new operators part of the Moroccan GIGR.

The pair exclusive to Year 3 pass holders for one week, and will be available for purchase separately next week. Nomad is an attacker with medium speed, and medium armour. Her signature gadget is the Airjab Launcher, which basically turns her into Lucio from Overwatch.

The Airjab repulsion grenades, which knock everyone caught in the radius on their ass, can be detonated traditionally or stuck to walls for delayed detonation. Nomad can use the AK-74M, and ARX200 assault rifle.

Kaid is a slow defender with heavy armour. His Rtila Electroclaw can electrify any breachable surface. This includes your regular destructible walls and hatches, as well as other destructible items like barbed wires and even deployable shields. Kaid has access to the AUG A3 assault rifle, and TCSG12 shotgun. 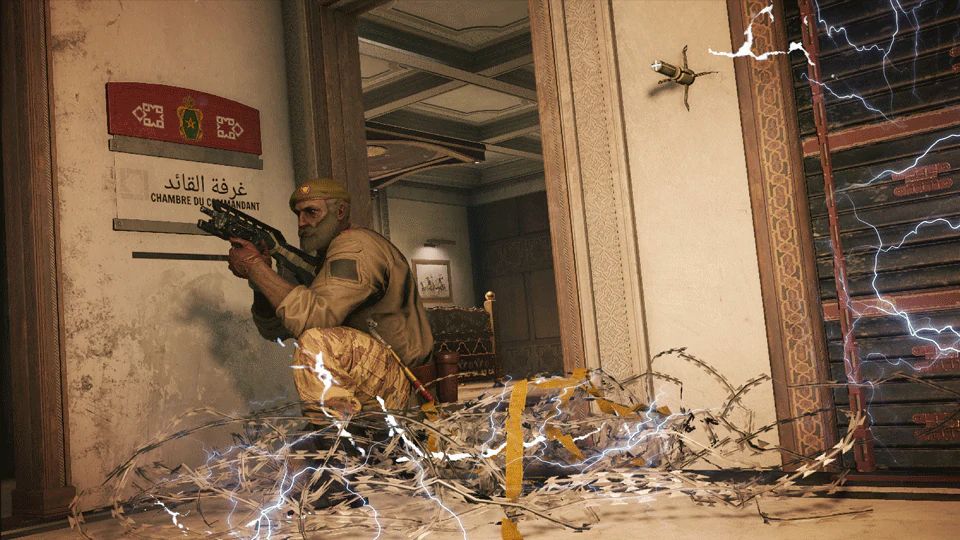 As always, seasonal patches bring a host of gameplay updates and changes apart from the new content. The shop interface has been redesigned, making it easier to view what you’re buying, and easier to navigate thanks to updated menus. You’re now able to go full screen on weapon skins, for a better view.

As far as balance, Ubisoft has changed the curve for throwable gadgets to make them easier to use. This applies to all of them (operator and universal), except the Nitro Cell, and as such will now be classified as a heavy throw as opposed tor regular throw, for clarity. In practice, this means the heavier items will have limited reach compared to the lighter ones.

Rainbow Six Siege will also now have an area of effect indicator for gadgets with an AOE element. This is to help new players understand the reach of their equipment, but it can be turned off in the settings. However, it’s only available for Nomad, and Kaid, and Ubisoft does not plan to retroactively add it to other operator gadgets.

Today’s patch removes HBAO+ as an option for Ambient Occlusion, which is replaced with SSBC+.

Check out the balance changes per-operator, and the rest of the patch notes below: