It’s Halloween and GTA Online is getting into the spirit of things with spooky discounts, B-movie inspired t-shirts, and of course, murderous fiends running around all over the place.

Six Adversary Modes this week will pay out double GTA$ and RP. Details on each mode provided by Rockstar Games are below. 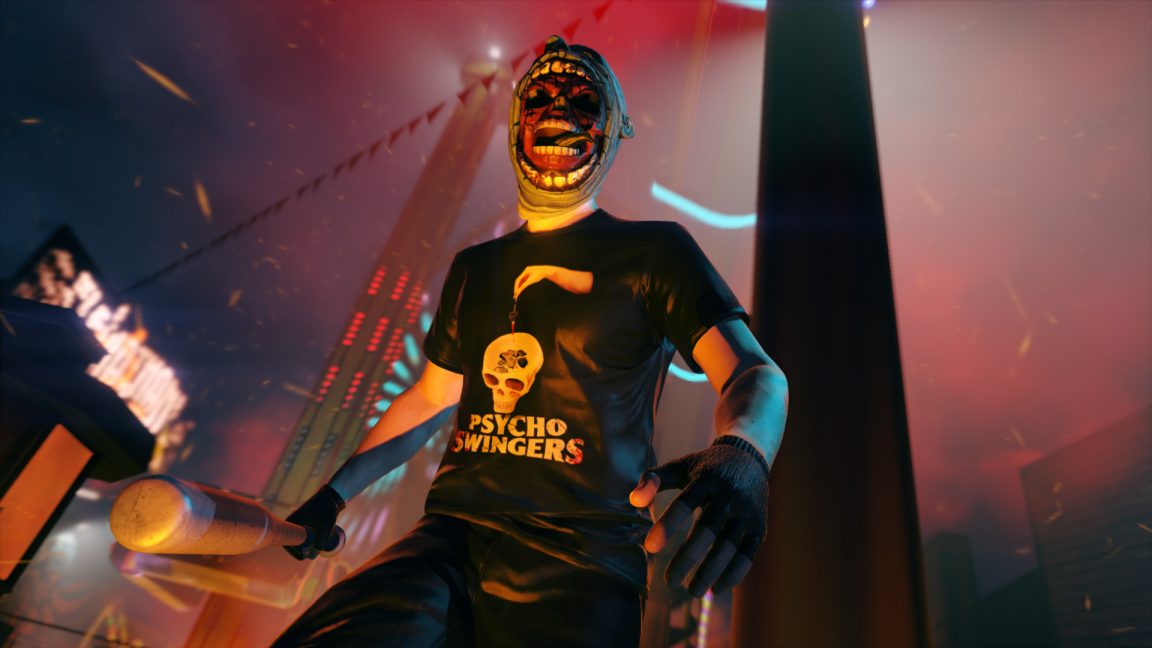 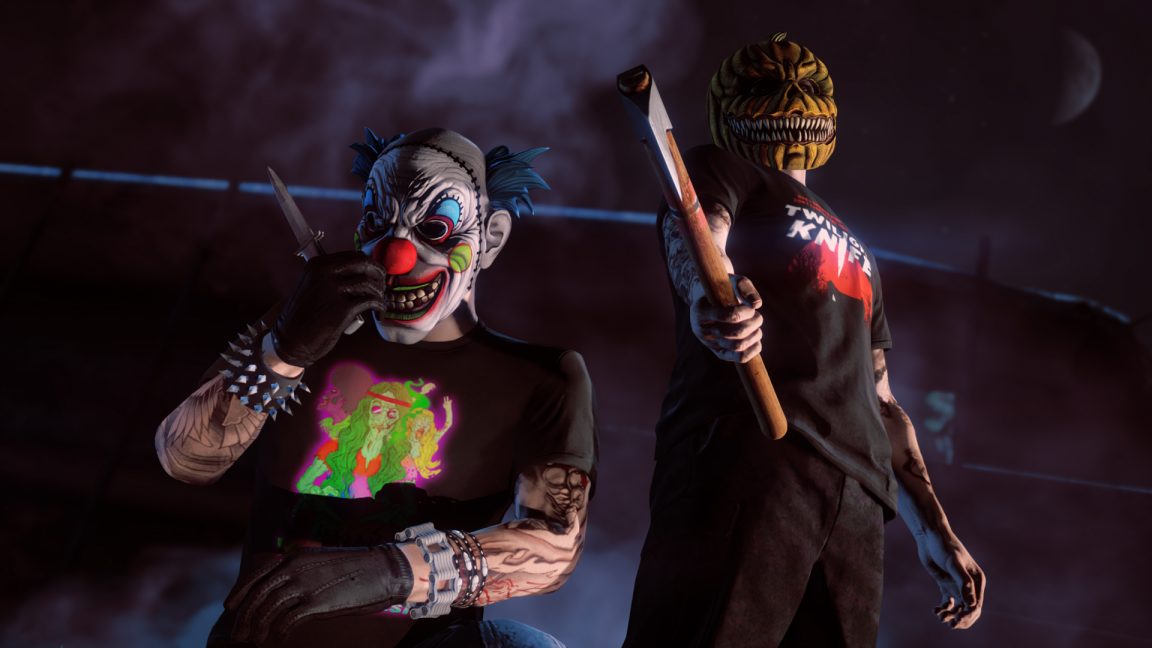 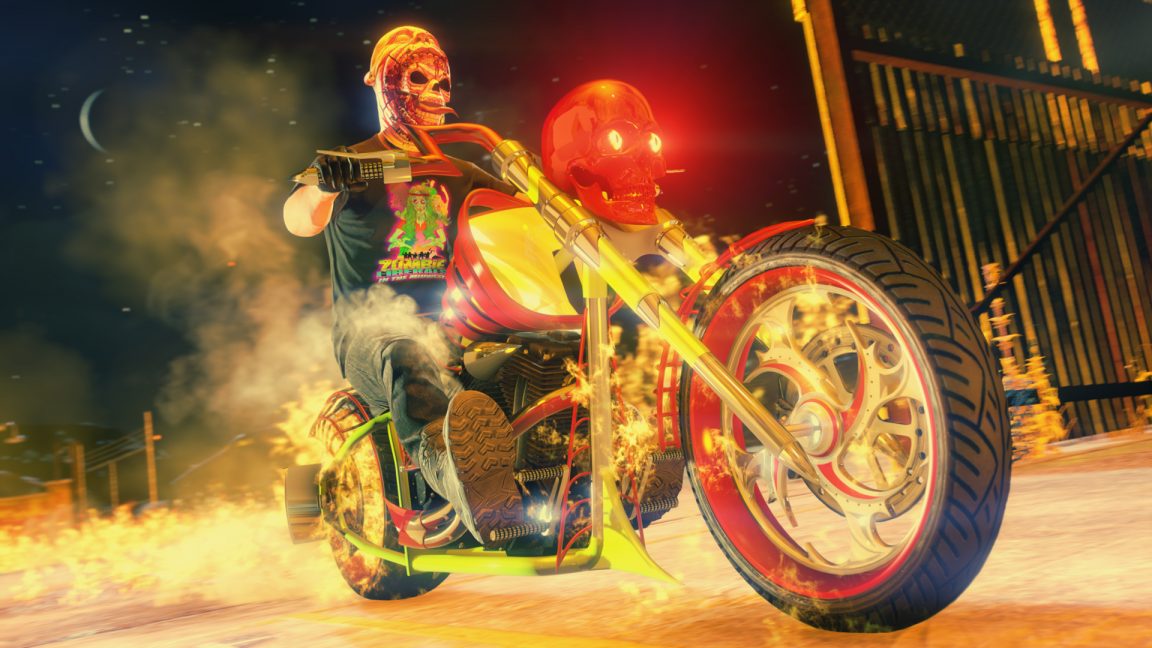 Come Out to Play

Halloween-exclusive duds this week include the Psycho Swingers, Zombie Liberals in the Midwest & Twilight Knife T-Shirts. Each are free unlocks just for logging in between now and November 5.

Three Halloween vehicles are also back for a limited time and available for purchase at 35% off through November 5.

Others discounts are available as usual this week and shown below. 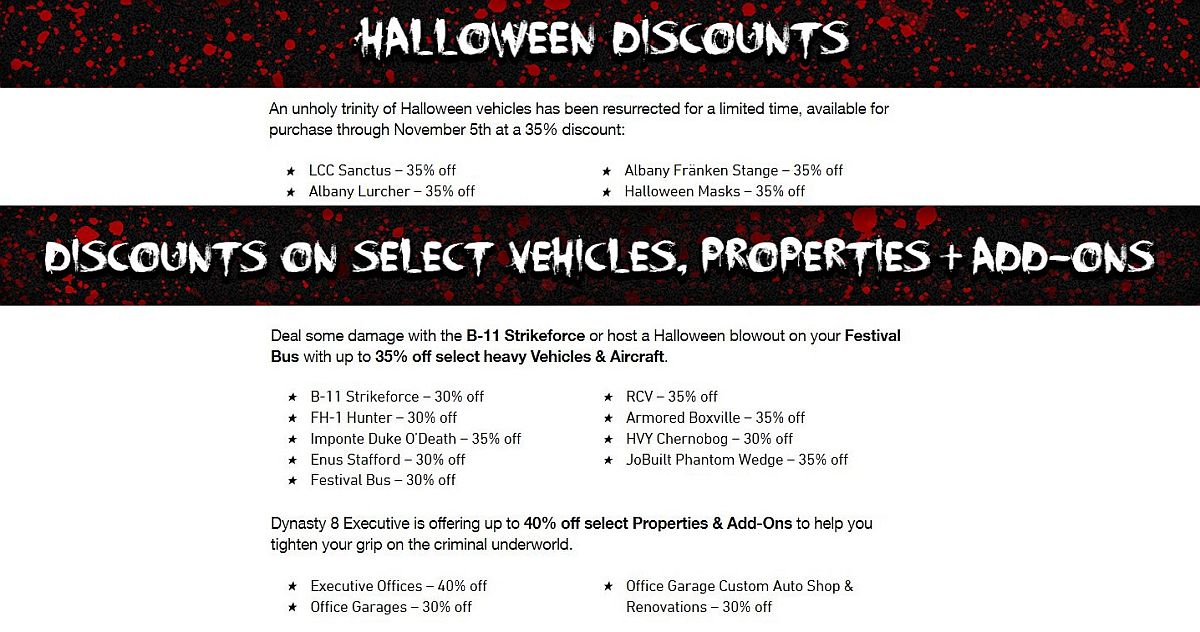