Valkyria Chronicles 4 may not have launched outside of Japan yet, but the initial reviews are just starting to arrive.

The latest game in the Valkyria Chronicles series arrived in Japan last March, but everyone else has to wait until later this month. The good news? Not only will it launch for PC and consoles, but the reviews are looking great as well.

Valkyria Chronicles 4 takes place during the events of the original game, but focuses on a new cast of characters. Its story follows “Squad E”, a team of soldiers fighting the Second Europan War between the Atlantic Federation and the Eastern Imperial Alliance. Squad E is tasked with Operation Northern Cross, a desperate attempt to end the war by taking the Imperial capital.

Like the previous games, Valkyria Chronicles 4’s setting is loosely based on World War 2 Europe. Along with the anime-inspired visuals, characters have access to magical powers and equipment forged from the mysterious Ragnite ore.

Sega is offering both a launch edition and a $100 “Memoirs From Battle” premium edition. The latter version includes a vinyl tank statue, a war journal, and two DLC adventures starring Squad 7. 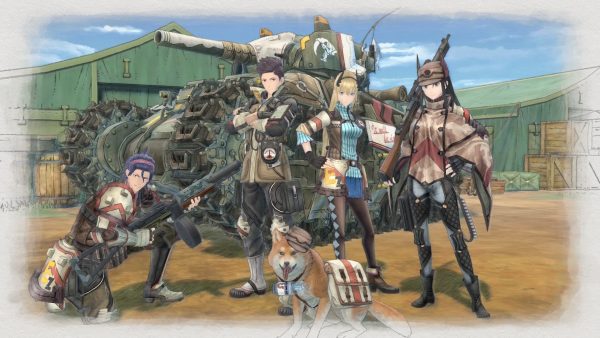 We will update this list with additional reviews as they are published. As always, scores are out of ten unless otherwise noted.

Valkyria Chronicles 4 launches for PC, PlayStation 4, Xbox One, and the Nintendo Switch on September 25, 2018.