We all know the arguments: which is the Best Pokemon starter? Well, in Pokemon Quest you don’t need to worry – you can catch all three quite easily.

Pokemon Quest features the classic 151 Pokemon as featured in the first generation of Pokemon games, Red, Blue, Green and Yellow. For a lot of people, one of their favorite Pokemon remains their first – and while Pokemon Quest doesn’t feature a typical, rigid starter Pokemon choice, you can quite easily recruit all three of the classic starters to your team: Bulbasaur, Charmander and Squirtle.

Given that all three are early-game Pokemon that appear at a low level, you can grab them all quite quickly – and for the sake of argument we’ll also include the starters from the upcoming Pokemon Let’s Go, Pikachu and Eevee. All of the advice in here is in line with the detailed advice on our Pokemon Quest Cooking & Recipes Guide, so if you need help catching others do check that out. Here’s how to get all five: 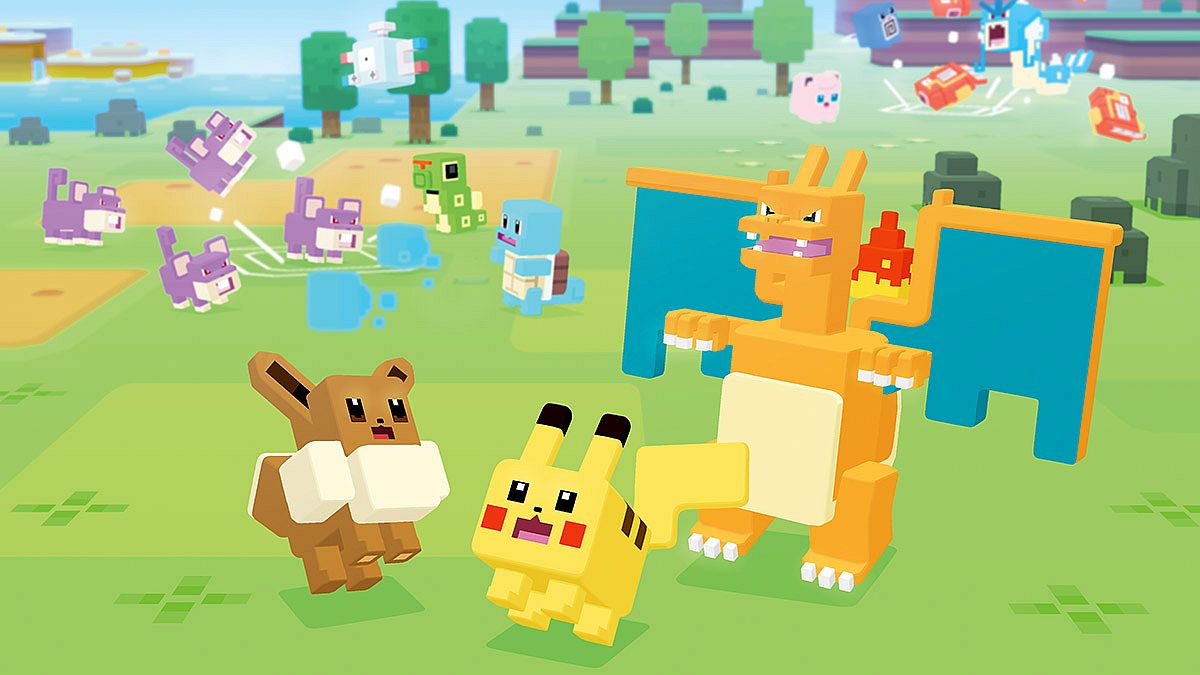 Attracting Bulbasaur to your camp

Bulbasaur is a green grass-type Pokemon, and that means that it’ll happily be attracted to camp by Veggie Smoothie a la Cube. Use the following ingredient combinations to create the meal:

It’s also worth keeping in mind Bulbasaur’s evolutions pick up Poison Type, so it will occasionally also be attracted by Sludge Soup. Here’s how to make that…

Attracting Charmander to your camp

Charmander is a fire-type Pokemon with a orange-red ish coloring, and that means it can be attracted by fire-type attracting Hot Pot a la Cube or the Red Stew a la Cube. It’s also my favorite starter Pokemon, to be honest – no arguments! We’d recommend the Hot Pot, as that’s got a much higher chance of attracting Charmander. Here’s the ingredients to the Hot Pot:

The best version of Red Stew a la Cube can be made with 5 Big Root, though it appears to have a lower Charmander spawn rate.

Attracting Squirtle to your camp

Squirtle is a water type with a type-appropriate blue coloring, and as a result you can recruit it with the water-type attracting Mouth-Watering Dip a la Cube, plus with the Blue Soda a la Cube. As with Charmander, the Mouth-Watering Dip is your better option over the more generic dish. Here’s how to make that:

The best way to make the Blue Soda ala Cube is with 5 Icy Rock – if you’re desperate try that, but we recommend the Mouth-Watering Dip first.

Attracting Pikachu to your camp

Pikachu is of course the most famous of Pokemon, a bright yellow electric-type critter. It’s not originally a starter, but features as one in Pokemon Yellow and in the upcoming Pokemon Let’s Go. The Yellow Curry a la Cube will work, but more reliable is the electric-type dish Watt a Risotto a la Cube. Here’s how to cook up that dish:

If you want to make the Yellow Curry instead for a shot at catching a Pikachu, you can make it with either 5 Honey or 5 Apricorn.

Attracting Eevee to your camp

Eevee is a boring old normal-type, though it’s a very beloved Pokemon thanks to its wide range of Eevee Evolution options which in Pokemon Quest will allow it to become a powerful fire, water or thunder type Pokemon. It’s a new starter in the upcoming Pokemon Let’s Go. The Plain Crepe a la Cube is the best recipe for catching an Eevee, and here’s a few ways you can make it: