When I think back to my time playing the past two Metro games, my mind immediately thinks of the characters. Whether the children and everyday folk holed up underground trying to make a living, or the soldiers I fought monsters with side-by-side, the team at developer 4A Games has always done a great job of giving life to the characters. As relatively linear, narrative-focused games, Metro is known for its powerfully tense moments and core story.

In terms of Metro’s core ideals and premise, the open world concept is a natural fit. Playing in mostly underground tunnels and subways, following a tight-knit group of survivors, and making your way through the story always made sense in the last two games, but as the franchise continues to grow and evolve, so too does its design. 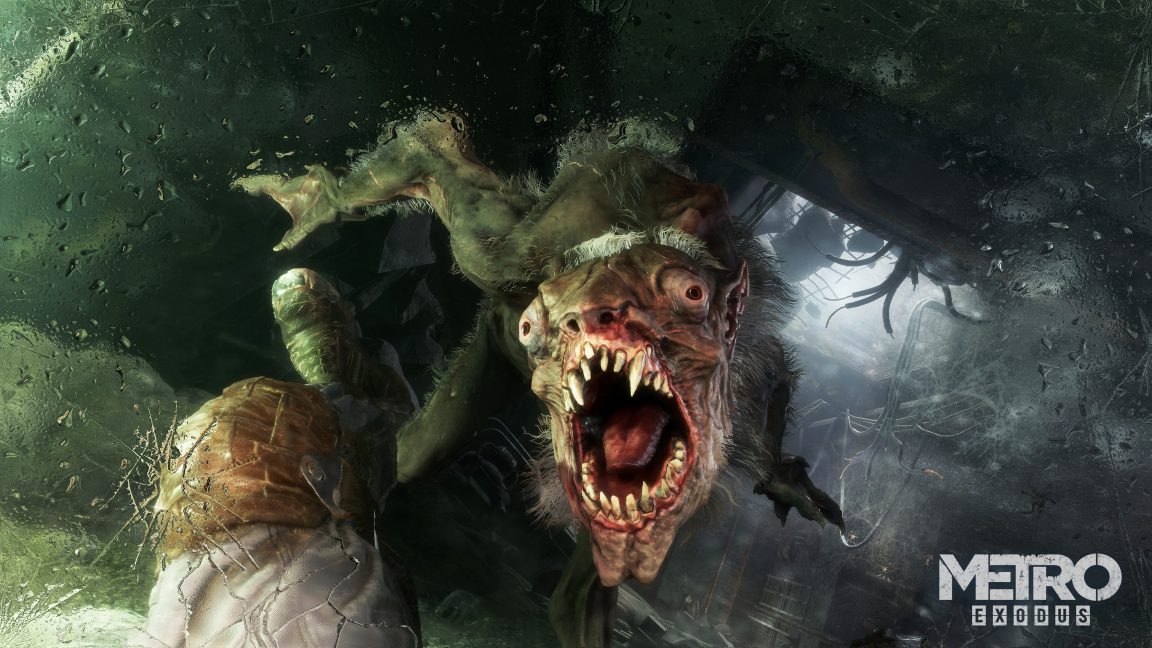 Post-apocalypses have a way of driving people underground it seems, but reclaiming the surface is an important story beat. The demo we played took place midway through the game, but the developer was unclear just how far in it really was.

We were riding along on a train, presumably travelling to some far off location, when all of a sudden we see a barricade on the tracks and a campfire in the distance, with people occupying the tracks that go across a high bridge. After slamming into the barricade and coming to a stop the train sustained damage and we’re forced to venture into the outpost village surrounding a church nearby. In the distance we hear a bell ringing, signifying that they’re fully aware of our arrival.

The moments before I ventured out into the harsh world of Metro were full of story tidbits that felt very much in-line with the rest of the series. Characters chatted about the implications of my mission, handed me a map, and gave me a backpack of gear. Using the map meant actually physically holding it in real-time instead of pausing the action, which felt like a nice touch.

At its core, this is still very much a Metro game. You’re still mixing stealthily sneaking through environments with hefty firefights, avoiding irradiated zones, and contending with a diverse assortment of creatures and other humans. Many of the characters and factions are returning as well, such as Anna, who accompanied me on my trip down to the village in this demo.

Since the core of what makes Exodus a Metro game is still intact, the main difference is in how you use those mechanics to interact with the game world itself because of how different it is. There are fewer cramped corridors, more optional side content, and more freedom in approaching objectives along the way.

If you’ve played a Metro game before, you’ll recall that the atmosphere and pacing always features a heavy dose of survival horror. That was immediately apparent after we set out down the hillside from the train. 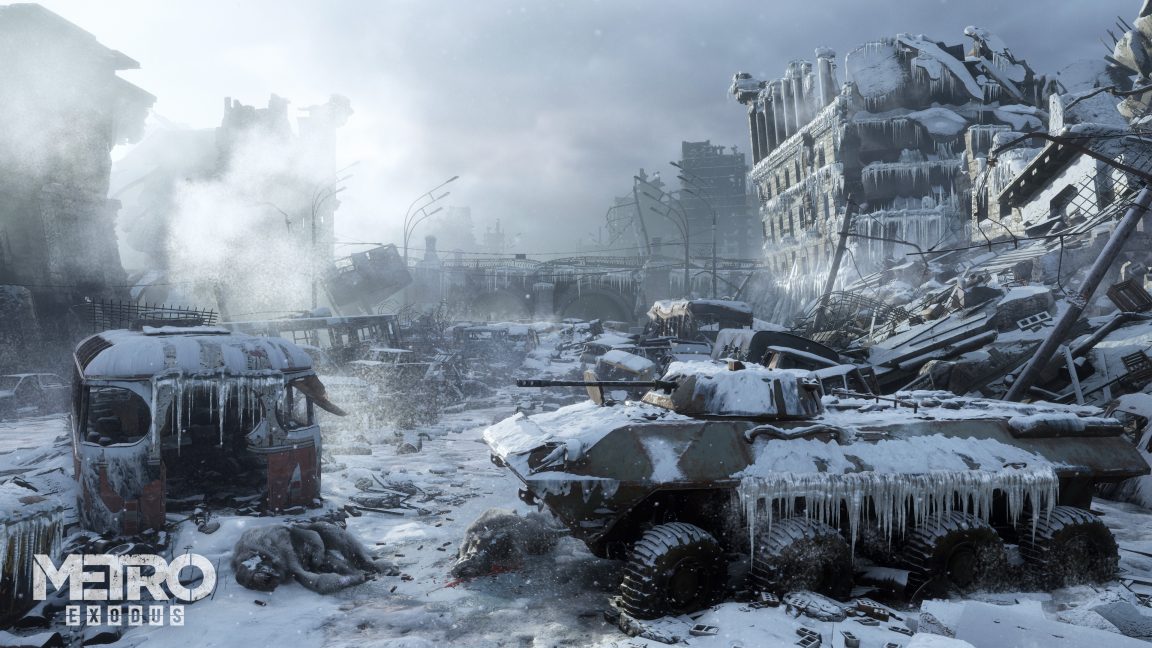 Soon we reached the edge of a small lake and I noticed that in the center there was a tiny landmass with a few monsters feasting on a corpse. Their quick, erratic movements were unnatural and the disgusting sounds were difficult to stomach. Anna made her way up to the top of a nearby tower to provide sniper support fire and I hopped in a boat nearby. I was about to make my way across the lake to the church and go right past the monsters without any real alternate routes.

As soon as my boat got close, the monsters leaped into the water and swam out into the lake towards me. I could see the ripple of waves as the beasts approached, still underwater, but luckily I was able to manoeuvre my way across without actually running into any of the creatures.

Once at the church a man was giving a sermon, very loudly, to what appeared to be a cult of some kind. A small girl upstairs was yelling at the preacher and heckling him very loudly. Eventually, members of the congregation were shouting at me, calling me a heretic, and before I could get out of the other side of the church gates barred me in. Up a couple flights of stairs I ran into the young girl I heard before, with her mother, as they explain they’ve been held captive in the church for a long time. As they make their way back to the base train for safety, I’ve got to find my own way out. It doesn’t take long for armored thugs to start scouring the place, looking for me. 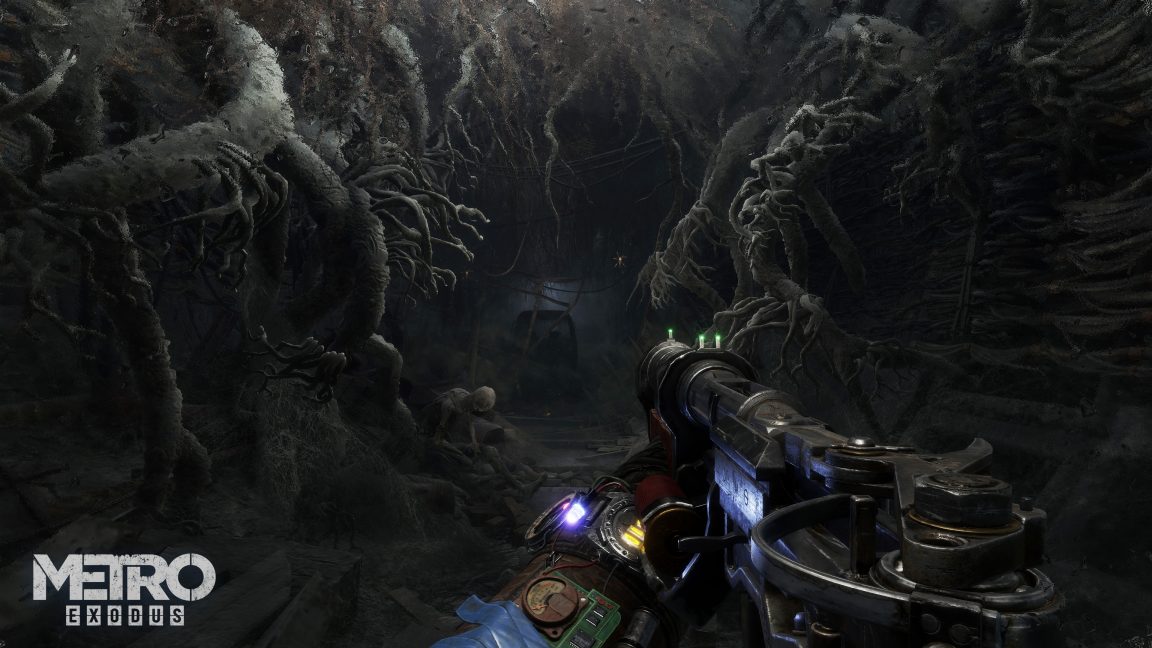 Now this is one of the first moments in my demo that the open world design really starts to shine through. Since this is such a large environment, I’ve got a lot of choices with regards to how I want to proceed. I can crouch down and crawl out the window to avoid detection, just walk out the front door and fight the enemies head-on, or use a mixture of the two to escape the area.

Like with most games that present these sorts of choices, I opted to go the stealth route for as long as I can stomach the slower pace, and then eventually got bored and started shooting everyone anyway. Since the church is constructed of multiple levels I tossed a grenade down below to take out a couple of bad guys then blasted the others away with a shotgun as they entered the door.

Once I got out of the church and back to the boat I commenced my leisurely jaunt across the lake, taking note of all the creatures waiting to dive in. Once I get close enough, just like last time, they all jumped in the water. Unlike last time they found me and emerged from the water with a very non-friendly greeting.

When a jump scare is high-quality and earned, I don’t mind it.

One element I was surprised to see in Exodus is a crafting system. It’s not overly complex, but it does provide you with an incentive to go out scavenging more often because of the necessity of scraps from around the world. In doing so you can craft and equip basic weapon mods, ammo, and more. 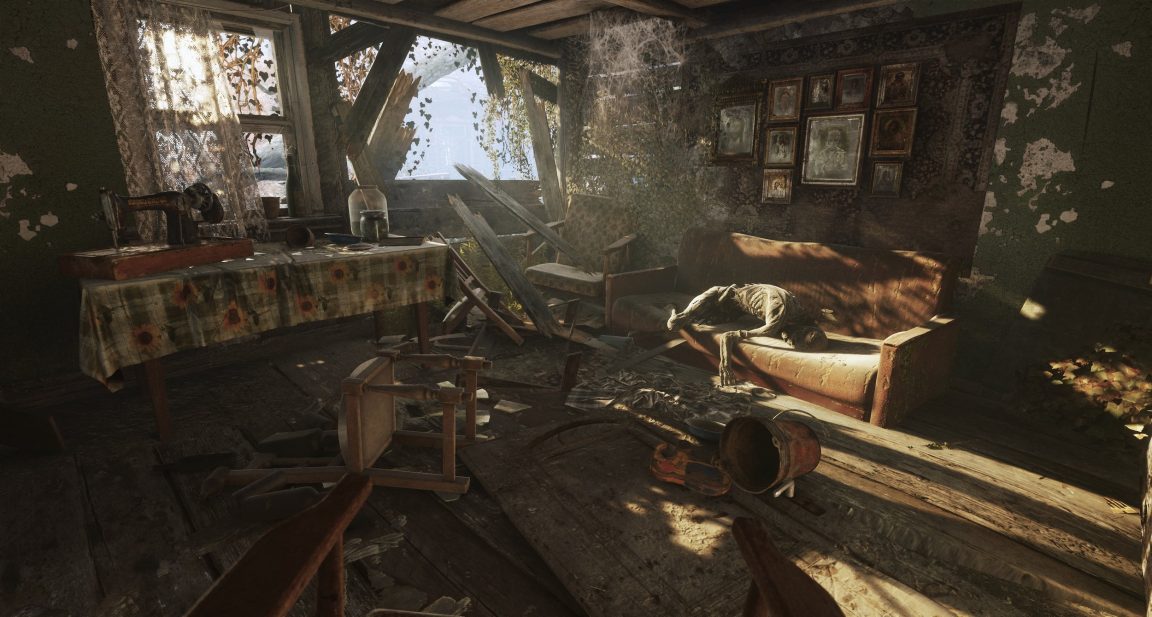 One of my favorite little features of the Metro games is that when you’re wearing the gas mask you can press a button to make your character wipe off their lens. The small things make all the difference, you know?

Reportedly the decisions you make will have some consequence in the world of Exodus, but I wasn’t really able to see that play out. At one point, because I chose to murder a lot of people instead of just knocking them out or leaving them alone, Anna yelled that they probably hate me now. Oh well.

The developers hosting our demo explained that the slice of the game we saw was just a single environment. However, the critical path storyline in this area comprises roughly 6+ hours of content, in addition to another 4+ hours if you seek out all of the options missions and characters to speak with.

Switching things up with the third entry in the franchise for Metro: Exodus is an ambitious move, but it seems like it could end up paying off. The 45 minutes we played of it left us extremely excited about what the move to a bigger, bolder, and braver open world could do for the series.