Sledgehammer Games has been fairly quiet about Call of Duty: WW2’s upcoming DLC content since The War Machine launched a few months back. Fans have been looking for clues in patches and updates, but have seen little in the way of overarching themes or release dates.

That changed when a new set of PS4 trophies were uploaded under the title “Call of Duty: WW2 – United Front” last week. 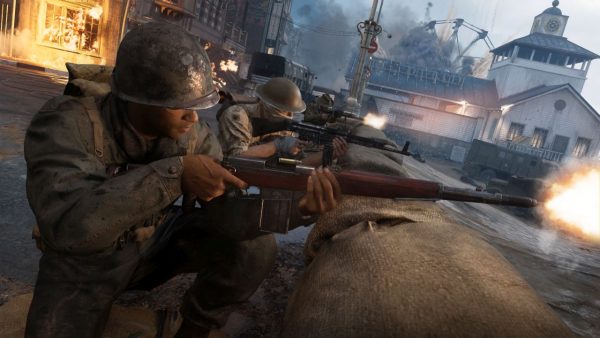 The achievements themselves are based on a Nazi Zombies map called “The Tortured Path”. While the exact premise of the map isn’t spelled out, there are references to winter settings. More importantly, they also imply United Front features multiple zombies maps players must escape. Whether that means United Front includes more than one Nazi Zombies map or a large, interconnected environment is not entirely clear.

The trophies also tease a new zombie type called the Guardian, a new mechanic called “objective waves”, and the possibility that Klaus will replace Dr. Straub as the map’s antagonist. (The villainous Straub, played by Udo Kier, was killed in the last expansion.)

As for multiplayer modes, current Reddit rumors suggest Sledgehammer will unveil maps set in Russia and the WW2 Eastern Front.

That being said, it’s incredibly unusual for Sledgehammer to unveil new trophies before an official DLC announcement – especially since said DLC would launch a few days after the trophies. It’s possible Activision is aiming for a word-of-mouth marketing approach. We’ll find out if a new Call of Duty DLC is published tomorrow.