PC, Switch, and Xbox One users will finally be able to play Minecraft together when the Bedrock update releases in June.

Minecraft Bedrock Edition will be released for Switch in June at retail and through the eshop.

Like the Better Together update for Xbox One, those who already own Minecraft: Nintendo Switch Edition will be able to digitally upgrade to the Bedrock version free of charge.

This is the first Switch title to feature cross-play support with Windows 10 PCs, Xbox One, Android devices, iOS phones and tablets, and VR platforms.

It also contains all released content, including the Super Mario Mash-Up Pack exclusive to Nintendo systems and all DLC. 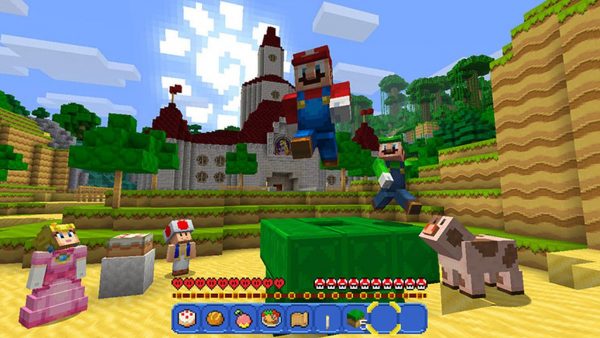 The Switch release supports Xbox Live achievements and Gamerscore, and access to the Minecraft Marketplace. Players will be able to purchase maps, skins, and texture packs from creators within the Minecraft community using virtual, in-game currency called Minecoins.

Minecraft Bedrock Edition will release June 21 for Switch and will cost $29.99 or the regional equivalent.