Skyrim is back on Switch and VR, so what better time to explore a new build? Dual wielding is a great cornerstone for a powerful warrior build.

Skyrim gives you plenty of build options but it’s hard to look past dual wielding as a good place to start if you like to use combat as primary means of engagement with the world around you.

To celebrate Skyrim’s arrival on Switch and VR, we’re republishing our Skyrim guide. This page is one we hope you’ll all consider when starting fresh playthroughs.

Whether you’re a first timer or a veteran, we’re pretty sure dual wielding has something to offer you. Enjoy our tips for putting together and using s dual wield Skyrim build. 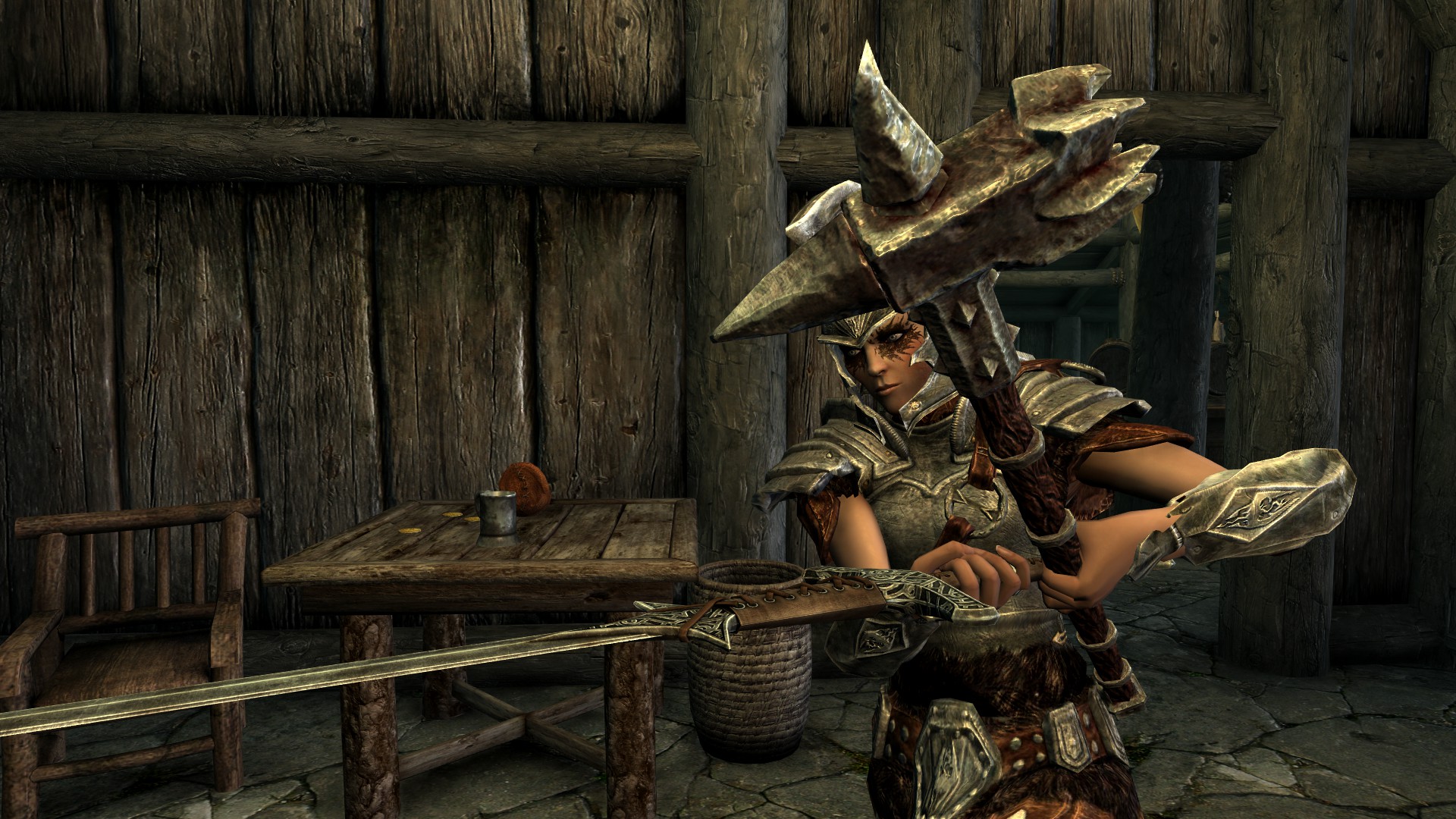 Dual wielding: how and why

If you have an empty hand, grab a weapon. That’s the motto with dual-wielding and it’s just a damn shame you have to stop at two.

Dual-wielding players are unable to block, so it’s all about the offense and power attacks. Because of the high stamina consumption that comes with knocking out power attacks one after the other, the Redguards are probably the best pick when it comes to race due to the Adrenaline Rush ability that allows them to quickly regenerate stamina.

The stamina cost of dual wield power attacks is based on the weight of your main (right) hand weapon. Don’t worry too much about trying to conserve stamina as power attacks will mete out the same amount of damage if you have one stamina point left as they would if you had 100.

With that in mind, you’re going to want to stock up on vegetable soup. The soup regenerates one point of stamina per second for 720 seconds, allowing you to chain power attacks because your stamina will be topped up by one every second.

If it’s a tad slow to catch up, just use a regular dual-wield attack after each power attack.

The speed of your attacks is governed by the weapon you hold in your offhand (left hand) so it’s advisable to stick a dagger in there. They’re the fastest weapon in the game and your right hand weapon will get a lot speedier as a result, as will dual-wield attacks.

Be that as it may, you’re better off solely attacking with your main (right) hand rather than alternating, as your offhand attacks will always be slower than you main by around 15%. If you’re puzzled as to why you should even bother dual wielding at all, the bonuses of the build lie in the dual-wield attack (attacking with both weapons simultaneously) and the power attacks:

Tempting as it is for the reduced stamina cost, do not dual-wield daggers. The unique animation for this set-up has your character tossing one of their daggers in the air before executing which slows you down – and you also won’t benefit from the Dual Flurry perk (see below). The perk increases your attack speed but this won’t apply for dual-wield dagger power attacks because of that animation. Power attacks are the dual-wielders strength so doing anything to decrease your DPS is a big fat no-no.

Now for some perks from the one-handed skill tree that you may want to invest in to make the most of this build. If it’s not on the list, don’t bother sinking points into it unless you particularly want to.

The perks don’t require you to execute dual-wield attacks to take effect. Just having two weapons equipped is enough to get the benefits.

Kitting yourself out with the above goes a long way towards making you a slice and dice death machine.

Lastly, if you don’t mind forgoing enchantments, the Elemental Fury shout is bloody brilliant and well worth the trade-off. If you’re using weapons without any enchantments on them, this shout will increase your attack speed by 30%, 50%, and 70% depending on how many parts of the shout you’ve learned.

If you’re interested in stealth and magic as well as stabbing, this trick really comes into its own for necromage vampires wearing the Amulet of Talos and with the Shrine of Talos blessing.

Accounting for all three of these effects, the cooldown for this shout is reduced and the duration of its effect is elongated, so at rank three you can basically chaincast Elemental Fury and become a dual-wielding blur.