“Dota 2 is balanced because all of the heroes are overpowered.”


That’s a phrase I’ve heard many times. Granted, I can imagine that after seeing a support like Crystal Maiden solo an entire enemy team with her Freezing Field, questions of balance are bound to come up. But this is why I love Dota 2. It’s loose, unruly and you never quite know what you’re in for when you fire it up.

So it’s for this exact reason that many fans are falling in love with the game’s latest Dueling Fates patch. Since the introduction of stat trees in version 7.0, Dota 2 had gradually become a game of non-stop brawling and lengthy sieges. The inclination to turtle up, combined with the extreme strength of agility carries, meant that teams would often choose to endlessly farm in isolation, or group up and barrel down lane after lane.

The worst part about this was that the heavily intelligence-led support role, which traditionally had been the backbone of a successful team, became less and less relevant, in favor of roaming gankers and jaunts into the jungle. While all this made for some epic team fighting, it left many players (particularly those who favored intelligence heroes) feeling a little jilted.

Now you may be wondering how a mass of sweeping changes could possibly take something back to its roots. Just hear me out. 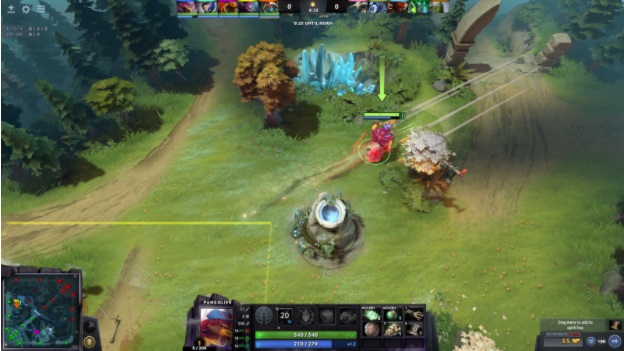 While it was once a classic strategy, the pushing/rat game has, for some time, been very difficult to pull off. But with the removal of regeneration on Tier 4 towers, combined with there no longer being any shrines in the base, it is now much easier to pick up Nature’s Prophet and tear a hole in the enemy’s defences. This is further supported by the introduction of items like the Meteor Hammer, which enables anyone to cast a tower-damaging spell.

On first glance, the boost to health/mana and health/mana regen makes Meteor Hammer look as though it was intended for tanky heroes who cast spells. However, I can definitely see it being used as a combo on those Intelligence heroes who already have the ability to push towers. Imagine a Pugna or a Jakiro now being able to double down on their tower damage. These changes are really going to encourage players to attempt the split-push more often.

On the subject of Intelligence heroes, Valve have laid out a definite agenda for bringing them back into the game via a bunch of small tweaks. For example, hex spells no longer being dispellable makes life a little easier for heroes like Lion and Shadow Shaman. Furthermore, the courier now upgrades automatically, meaning that your poor, long-suffering support players no longer have to waste what precious little gold they have on acquiring a flying courier. That’s good because there’s a new item for spellcasters called Kaya which increases your overall Intelligence and spell damage, while effectively reducing the risk from mana leeching attacks. My impression is that it is intended to fill the role that Sange does for Strength heroes and that Yasha does for Agility heroes, as an early/mid game stepping stone to more powerful items. 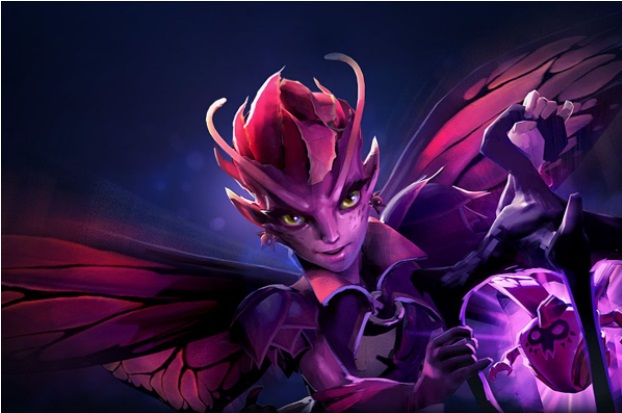 This focus on Intelligence is evident in the first of the two new heroes, Dark Willow. She is an extremely strong nuker/support who seems to have a little bit of everything. Her two ultimates can either cast fear in a targeted area or deal damage in an AoE around her. On top of that, she has a stun, a spell that roots enemies in place and an escape ability that causes her to become untargetable. This versatility means that she is just as comfortable contesting mid lane on her own as she is supporting a carry, or even roaming. I can certainly see her being paired up with a core, like Clinkz or Sniper. Her stun/root and the damage that comes along with it is more than enough to facilitate one of those heroes blasting away any leftover hitpoints.

On the other side of the hero pool, there has been a clear attempt to re-balance Agility carries. They have effectively been made weaker in the early/mid game, but have the potential to be stronger in the late game. From what I can tell, this has been achieved in two major ways. Firstly, all agility heroes start off with five less speed, but the bonus speed gained from their primary stat has increased. To put it simply, they are now slower at level 1, but faster at level 25. Secondly, the value of armor has been reduced by about 17 percent, but having higher agility now gives more of it, encouraging players to focus on building agility items if they need survivability. This should see less instances of heroes like Viper opting to build blade mail and becoming temporarily immortal. Although, let’s be honest, this won’t make him any less annoying to lane against.

Another thing I associate with old-school Dota is the intense difficulty of playing in the off-lane. Volunteering for this role previously meant agreeing to be beaten black and blue for about ten minutes while the other lanes get some farm. While off-laning will never be as difficult as it was five years ago, there have been some significant changes that will force you to put yourself in harm’s way. The amount of XP you get when the enemy denies your creeps has been reduced from 70 percent to 25 percent. This means that standing around and soaking up XP is no longer an option for off-laners. To add to this, the position of the off-lane’s shrine has been moved much closer to the base, meaning that quickly dipping away to restore health and mana will force players to waste precious time.The safe-lane’s shrine is also much closer to them, piling on the pressure even more. Off-laners will undoubtedly be forced to interfere with the enemy carry much more often now. The days of just sitting under your tower and waiting for the laning phase to blow over are gone. I also feel that this might encourage teams to run two dual lanes more often, especially given the fact that the map changes have made jungling much less viable. 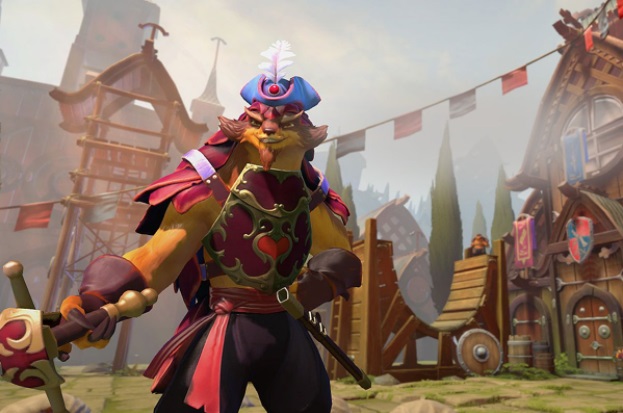 Finally, I’d be remiss if I didn’t mention Pangolier. The cuddly, hispanic sand shrew has taken a lot of flack for looking like a discount Disney character, but on the field of battle, he’s anything but a joke. He leaps in and out of fights with ease and has the potential for extreme burst damage. His ult is obviously designed with mobility in mind, enabling him to destroy trees and cut a path through the jungle if he needs to. He is, at his core, a glass cannon, and I think this is indicative of what Valve feel the role of an Agility core should be. A skilled player can get him into a fight, do the damage, and get back out with him, but a decent opponent will be more than able to lock him down and take him out.

If you’ve drifted away from Dota 2, perhaps because of the last patch or maybe because you simply got bored with it, now might be the time to give it another shot. The changes made in this patch are huge and make the game feel fresh and new, but it has restored enough of the MOBA’s old identity that veterans will feel instantly at home in it.