COD Points, the microtransactions currency that’s been in every Call of Duty game in the last few years, will be implemented into Call of Duty: WW2 starting next week.

As is usually the case with Call of Duty titles, Activision tends to delay the microtransactions store until the launch spikes have died down a bit. Call of Duty: WW2 certainly had its share of server problems, but it looks like COD Points are on track for release next week.

COD Points are purchased using real-world money, and in Call of Duty: WW2, you’re able to use them to buy Rare Supply Drops. As we’ve detailed before, Supply Drops are just one of the ways you can earn vanity items in the game. These Rare Supply Drops can also be acquired by completing Orders and Contracts, or earned randomly through gameplay. 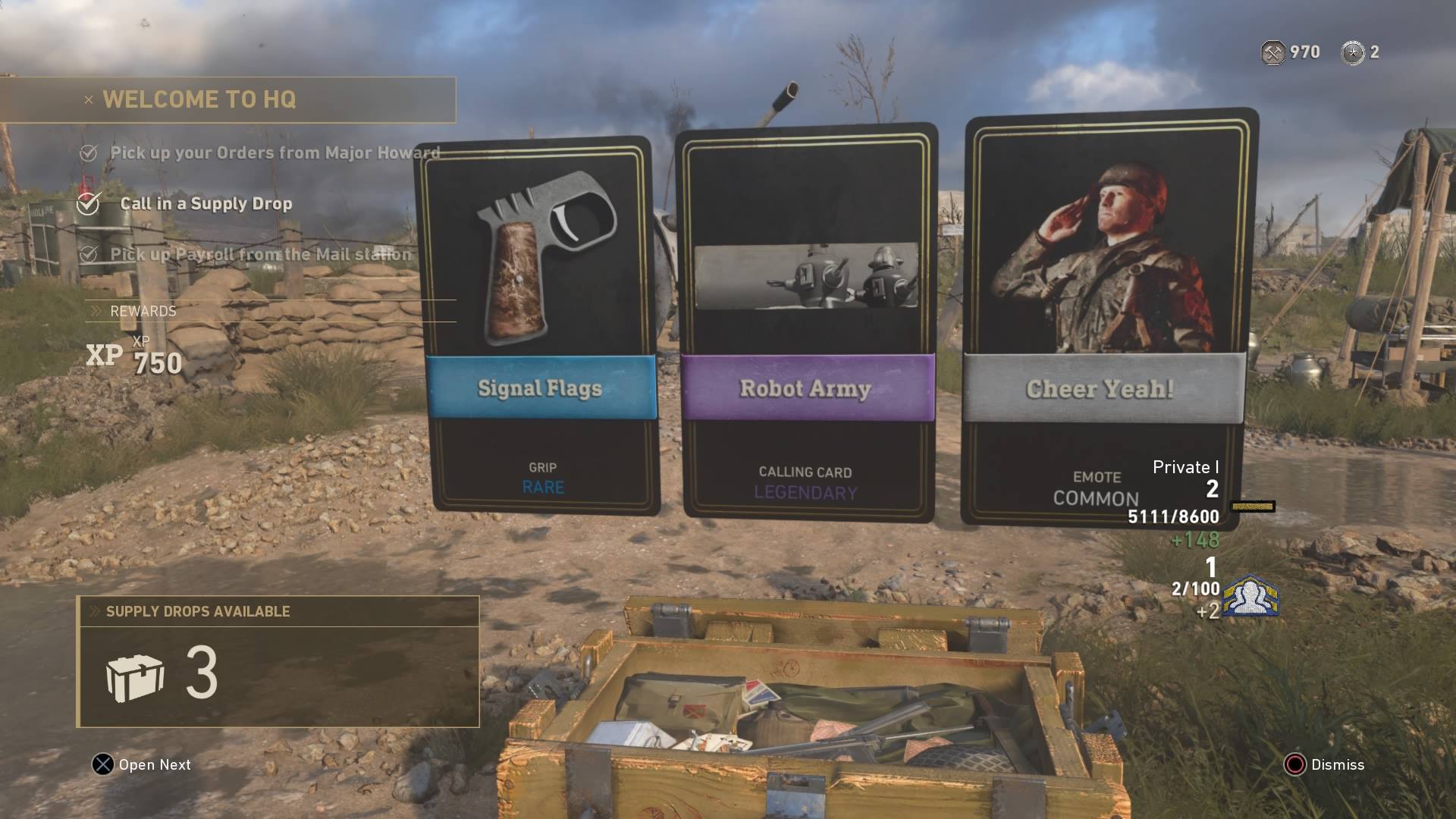 Much like the microtransactions store, these points will also appear in your account on the same day. As it currently stands, there are no stat-altering weapons as possible rewards in any of the multiplayer Supply Drop variants. This may change down the line, though.

The exchange rate has not yet been revealed, nor has Supply Drop prices as of yet.