With The Division’s 1.7 Update out in the wild, now’s a great time to try the game out before the 1.8 Resistance Update lands this fall.

The Division is free for PC users to play this weekend, Ubisoft has announced, and it’s a great way to get a taste of the game if you haven’t before.

All free trials are, obviously, but this trial gives you three days to play the game. PC players can hop into The Division for free starting Thursday, September 14 at 10am PT, 1pm ET, 6pm BST, 7pm CEST.

If you have a Uplay account, you can start pre-loading the game today so that you’ll be ready to roll on Thursday. 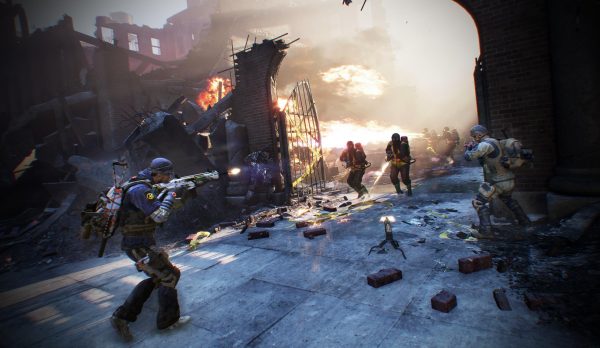 In addition, both the standard and Gold Editions of The Division are on sale for 60% and the Season Pass is too. Therefore, if purchased, all progress will be carried over into the full game.

The Division 1.8 Resistance is the second of the two free updates planned for the Year 2 of The Division, and will be released simultaneously on all platforms. It includes a West Side Pier map area, a new PvE mode, a new PvP Skirmish mode, a new social club called Camp Clinton, and more.

Along with the new content, improvements to the Underground DLC are being made along with rogue mechanic revamps, and optimization of the gear system.