This all started when a Reddit post showed an image of one of the three operators, which we now know will be called Lesion.

The single promo image only showed the character, not their abilities. The leak comes from a particular 4Chan user who’s had a good track record when it comes to Rainbow Six Siege leaks. 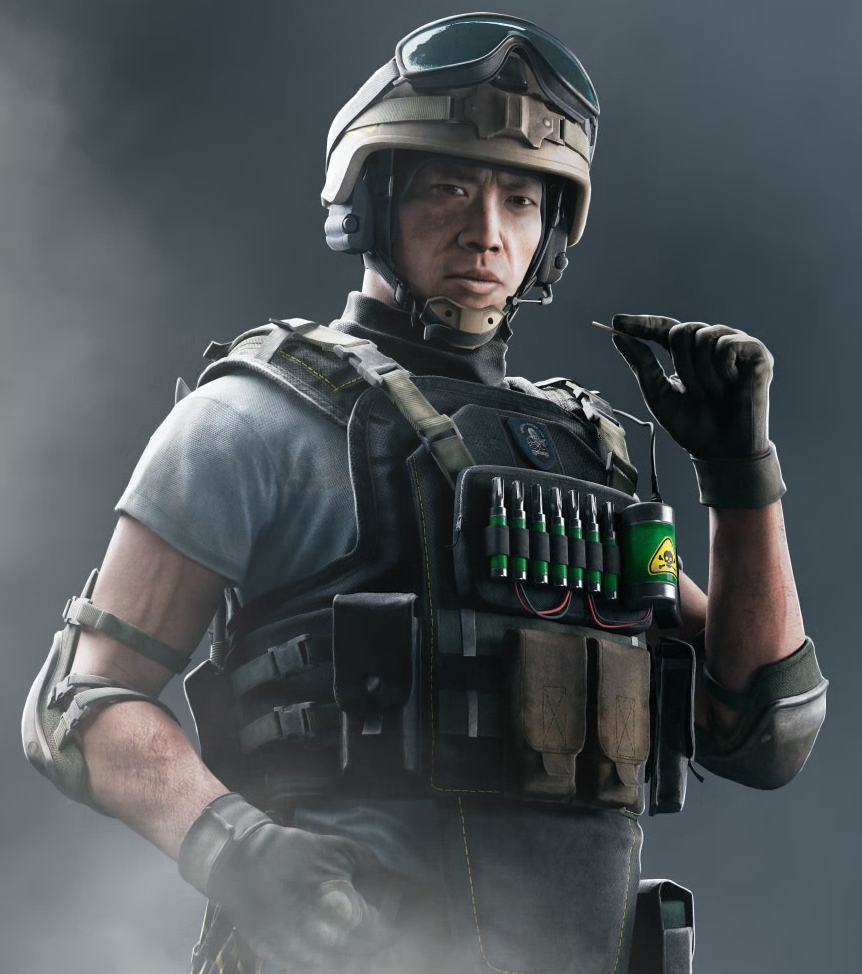 A day later, another Reddit thread brought the goods: three images of the three operators, confirming their names, and showing each of their main abilities.

Like Ubisoft previously confirmed, two of the operators hail from Hong Kong, while the third is Polish. Starting off with Ela, a defender, her main ability is the Grzmot Mine – a concussion proximity mine that can be attached to surfaces. The mine impairs hearing and causes a dizzying effect when triggered.

Lesion is another defender whose main ability, GU, injects enemies with a toxic compound delivered through mines. The toxic damages enemies and limits their speed.

Finally, the only attacker this time is Ying. Ying’s main ability is a cluster of flash charges called Candela that can either be attached to surfaces, or thrown as a grenade.

The images look legit enough that it’s probably safe to assume they were actually captured from the game. We’ll find out for sure when Ubisoft officially unveils Blood Orchid at the Pro League finals on August 26.

Operation Blood Orchid releases August 29 for season pass holders, and September 5 for everyone else.