Borderlands 3 is still not an official thing. “Project 1v1”, however, is.

Project 1v1 “combines the action of fast-paced 1v1 first-person combat with the metagame strategy of a collectible card game”, which is something Warframe developer Digital Extremes is also experimenting on with Keystone.

According to the Project 1v1 website, the competitive shooter is still top secret, but you can sign up for a short closed technical test to be held sometime during northern summer – so pretty soon, we imagine. Gearbox said only North American servers will be available, so think on that if you struggle with latency or don’t want to get up at 4:00am to play in peak US hours.

That’s about all we know, although artwork on the website shows a futuristic city with what seems to be Asian architectural influences as well as some sort of alien-looking jungle environment. It looks like Project 1v1 will be science fiction, then. 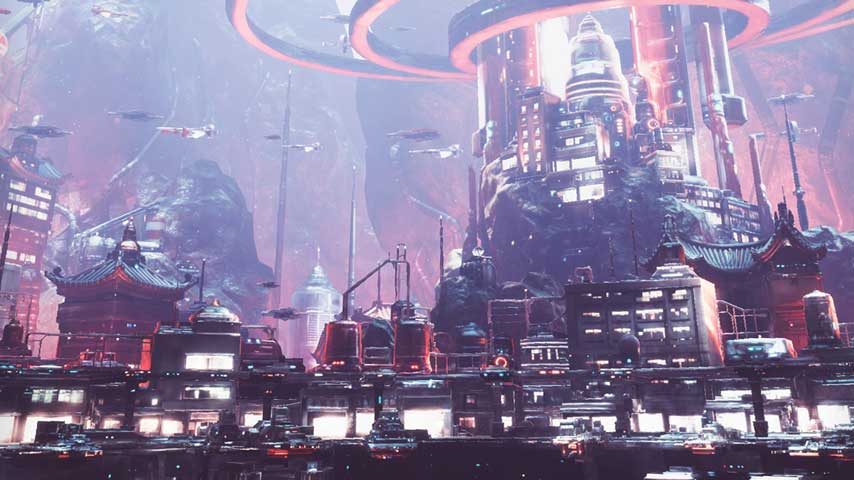 Project 1v1 follows on from Battleborn, in which Gearbox attempted to marry MOBA and shooter mechanics but was riotously upstaged by Overwatch doing the same thing.

It also, of course, follows on from Borderlands, a hugely successful mash up of shooter and RPG from before anybody really thought to do that, and to which games like Destiny owe more than a passing nod. As one of 2K’s most successful properties, we’re assuming Borderlands made so much money that Gearbox can take approximately forever to play around with all sorts of projects before it considers popping out Borderlands 3, which definitely exists and could be totally awesome. (If you’re a Borderlands fan looking for something to cheer you up after learning that yet another game has come between you and the much hoped for sequel, here’s a great oral history of Tales from the Borderlands, Telltale’s best game.)

In its more distant past, it worked on Half-life games for Valve and developed the Brothers in Arms series.