The Call of Duty: WW2 is scheduled to take place later this month, and those who participate will find bonus items waiting for them in the full game.


The three items are a custom helmet, a beta calling card, and a matching emblem. They all have that dirty white look to them, quite distinct from the rest of what was shown.

The bonuses were revealed by the official Call of Duty account earlier. You’ll find the freebies in the full game in November. Take a look: 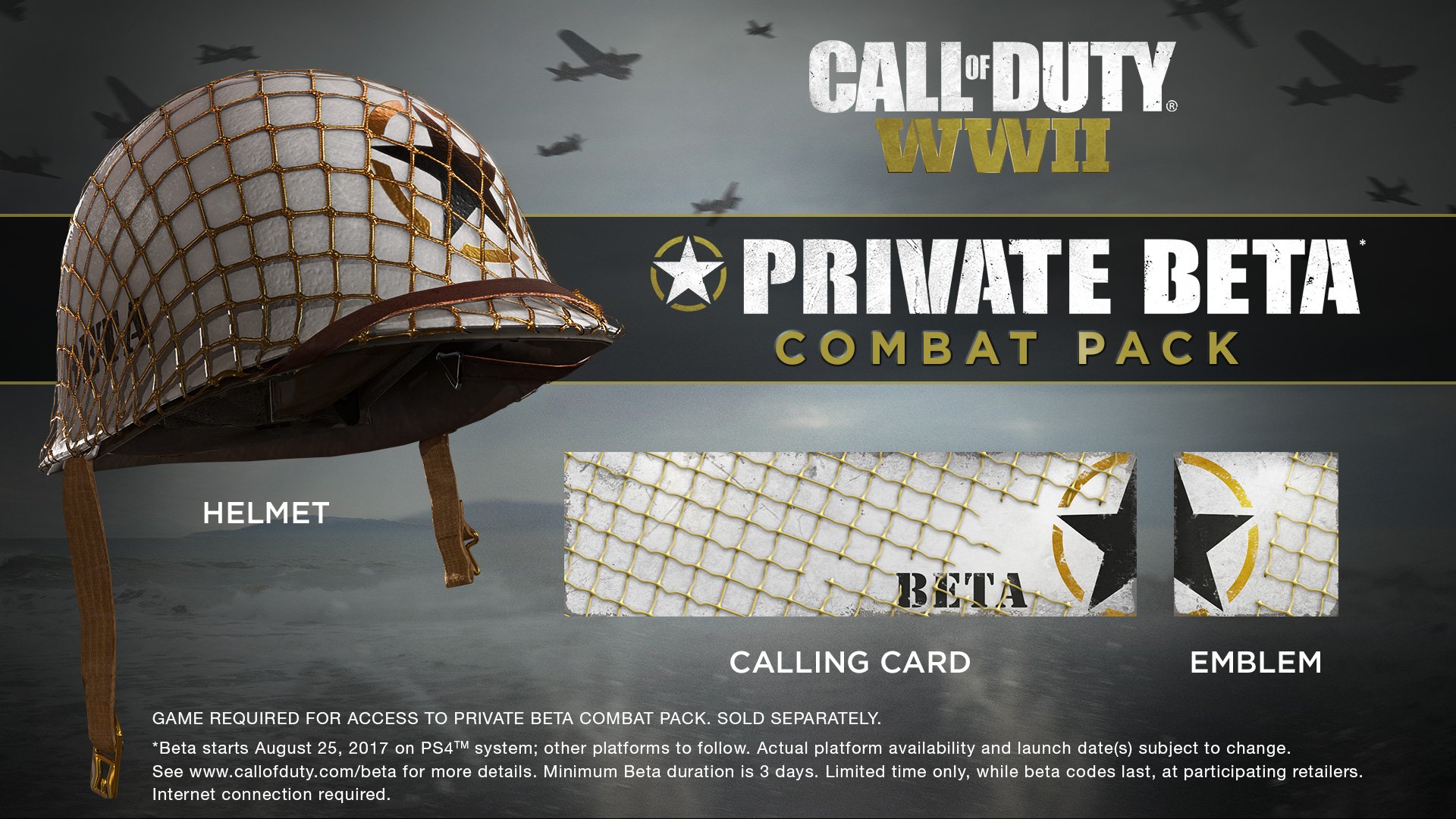 The Call of Duty: WW2 private beta starts on August 25 on PS4 and will remain online until August 28. The action kicks off again the following weekend September 1-4 on both PS4, and Xbox One. The PC beta has yet to be dated.

The private beta is only available to pre-order customers, with no word yet if Activision will open it up later.