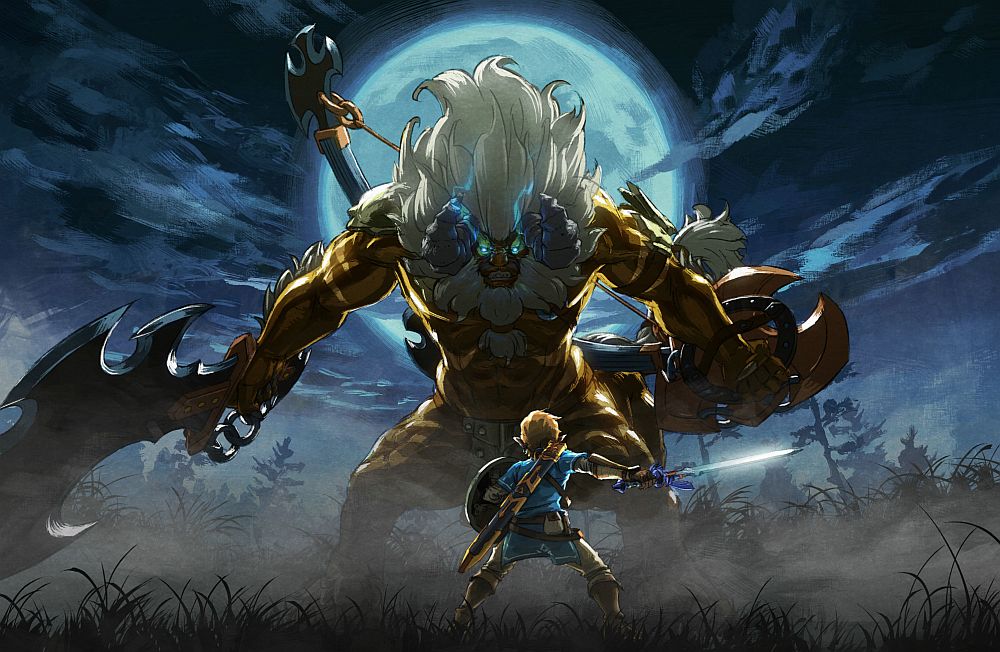 If I’m honest, I wasn’t really very excited for this first The Legend of Zelda: Breath of the Wild DLC. Part one of the expansion pass always looked like the boring part: while part two would contain a story expansion to the events of Breath of the Wild and based on the teaser might even see you play as other characters, part one simply featured additions to the base game.

I chuckled wryly at the promise of a “new map feature” and shrugged at the possibility of new armor and equipment. Everything seemed incidental, including the biggest new addition, Trial of the Sword, a series of super-difficult challenges that on paper conjured up images of the simple tacked-on Cave of Ordeals from Twilight Princess that actually turned out to be a damn sight better. The new map feature, a mode that lets you see where you’ve walked for the past 200 hours of gameplay, turned out to be amazing. I was wrong.

“The concept of ‘hard mode’ being a DLC addition seemed ludicrous when it was first announced, but Nintendo has gone above and beyond and the end result is brilliant.”

The best and most surprising part about the first half of Breath of the Wild’s expansion pass isn’t any of this actually new stuff: It’s Master Mode, the retooling of the main game I gushed over back in March to make it more difficult. Again, the concept of ‘hard mode’ being a DLC addition seemed ludicrous when it was first announced, but Nintendo has gone above and beyond and the end result is brilliant. A lot has changed, and thanks to that Breath of the Wild has me again. The 150-odd hours from March are no longer enough – I’m back in, on a new save.

So impressed am I by Master Mode that I feel compelled to write this article and share, even. Master Mode is a clever rejigging in a lot of ways – some obvious, some less so. 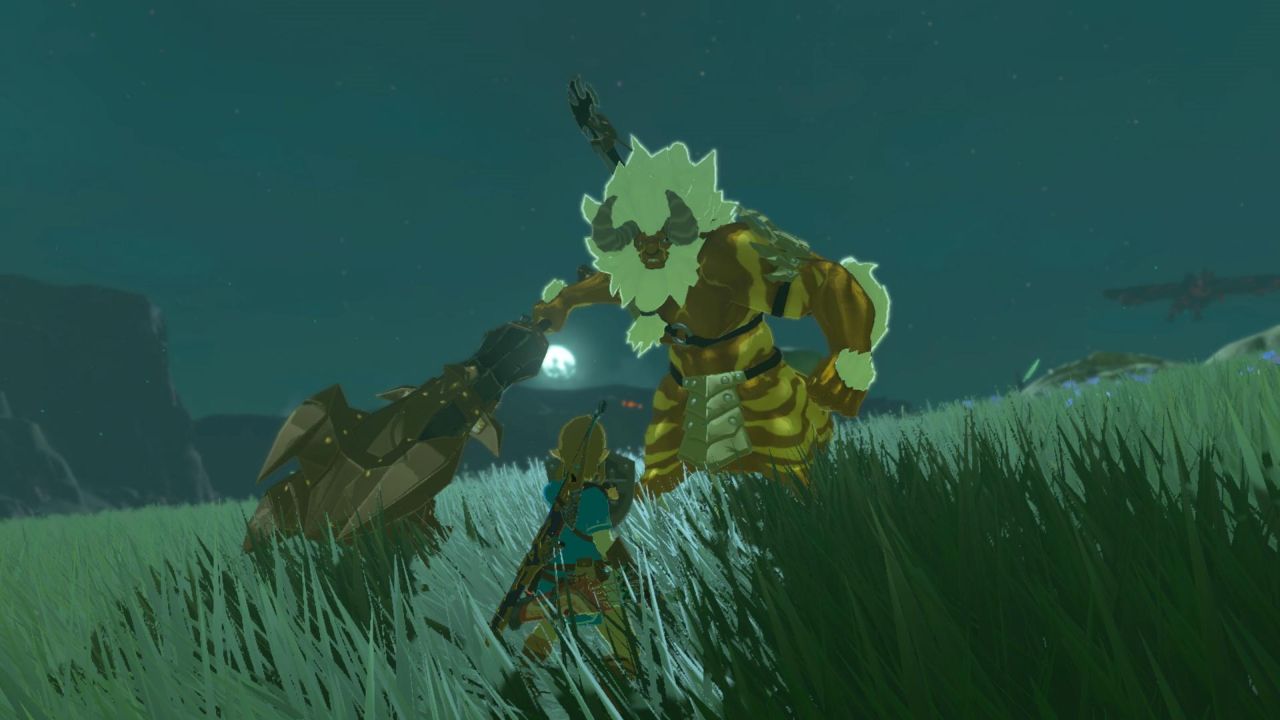 So, yes, enemies are stronger and smarter. Breath of the Wild veterans will recall this Zelda game has ‘ranked’ enemies – basic Bokoblins, for instance, are now blue rather than red. That’s one rank up from the main game, meaning increased smarts, HP and better gear for every Bokloblin you encounter. This follows right across the game, and enemies are now smarter and better at detecting you in stealth.

New enemies are also scattered into vital areas – very early on, in the Great Plateau, I encounter a Lynel, the hardest ‘regular’ enemy in the game and one I didn’t encounter in my regular save for hours. Here, one is a matter of minutes from the starting point and near a story objective – it’s a terrifying nightmare. Weapons breaking, affording armor and all these other concerns that fell to the side after about ten hours in Hyrule the first time around are now constant. Elemental arrows, previously something saved for use as a bit of dramatic flair, are now basically essential for me to survive many encounters.

Some of the new enemy placements are strange. Many new enemies reside on floating platforms held up by balloons – often overlooking heavy traffic areas such as roads, rivers or bridges. These high-up enemies often pack powerful elemental arrows of their own, so even travelling Hyrule has become a more tense experience.

Guardians seem like a literal impossibility to defeat without ancient arrows or ancient armor here, which again is refreshing. When one early shrine chose to toss three relatively weak baby-guardians in my way I ultimately was forced to run as my weapons were eaten up by their HP and I was unable to focus on any individual one well enough or long enough to take it down. 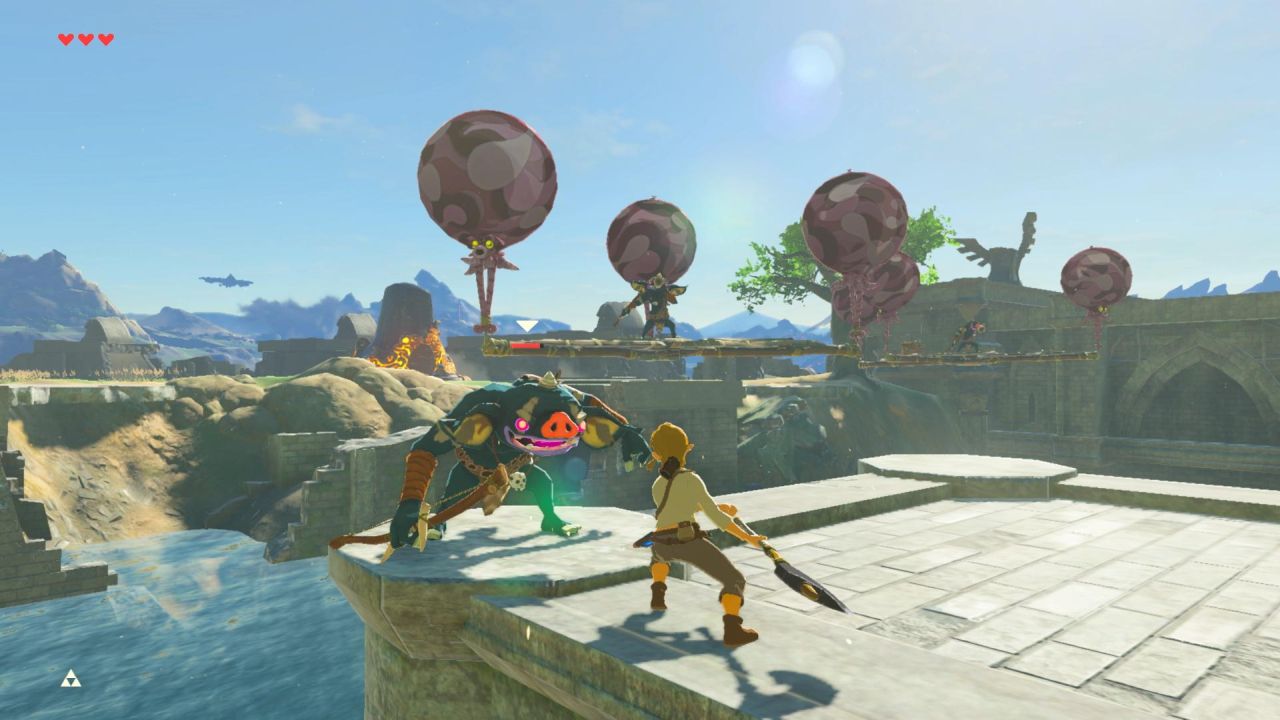 “I’ve been made to rethink my approach to encounters more. I’m being forced to rethink and reevaluate Breath of the Wild’s systems, and so I’m playing differently.”

All this is as refreshing and brilliant as Breath of the Wild itself. Zelda has a bit of a bad history with hard modes, as I’ve always felt the ones included in the likes of Wind Waker and Twilight Princess HD were a bit naff – taking away recovery heart spawns and upping enemy damage alone always seemed like the quick, simple route. Master Mode re-balances the entire world of Breath of the Wild to match those basic changes, making every twist and turn of a road there all the more terrifying in the process. Crucially, it never feels unfair while doing this.

I’ve been made to rethink my approach to encounters more. Suddenly, stealth is vital. Using Magenesis to pick up a metal box and simply knock a sniper off a high perch seems very valid, where before it’d have seemed slow and I’d have charged in for melee or fired back. I’m being forced to rethink and reevaluate Breath of the Wild’s systems, and so I’m playing differently. Those systems continue to interact and intertwine as magnificently as they always have.

I don’t think that this is the right way to play Breath of the Wild first time around – the difficulty is well-balanced, with the first few hours quite challenging before Link himself is empowered more and you begin to tame the wilderness of Hyrule in order to be a hero. Master Mode is a hell of a way to replay the game, though – your knowledge of Hyrule from your past excursions will be helpful, but it certainly won’t save you. Wits and skill alone will do that.

If you’ve finished Breath of the Wild, you should consider going back to Master Mode. It’s well worth your time, and far outstrips previous ‘hard mode’ offerings from Zelda.