Someone at Amazon UK is either having a bit of fun at everyone’s expense, or we’ll really have to wait until 2030 to get our hands on Pokemon Stars. 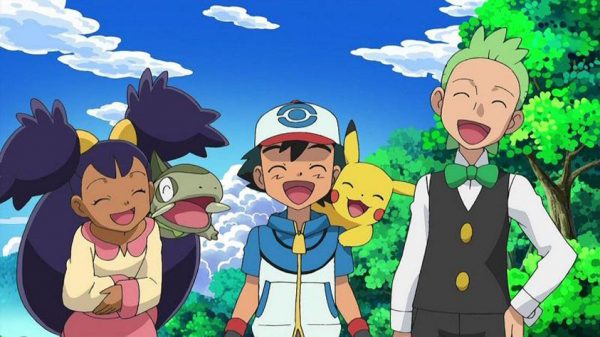 Nintendo announced a Pokemon RPG was in development at E3 2017 earlier this week, but whether it’s called Pokemon Stars remains to be seen.

The Switch title has had Pokemon Stars attached to it since the rumor came about, and it is listed as such on Amazon UK’s store page. We’ve taken a screencap just in case it is pulled.

Yes, it’s just a placeholder, but it’s a rather funny placeholder. And just something silly to have a laugh about.

But, on a more serious note, the fact it’s listed as Pokemon Stars is rather telling.

Rumors state Nintendo’s Pokemon RPG continues the story of Pokemon Sun & Moon a few years after the events which occurred in the Alola region. It will also focus on “how Mohn lost his memories, and how Necrozma fell into our world”.

While there won’t be any new Pokemon added, will include more Z-moves and a new form for Necrozma.

There will be only one version of Pokemon Stars released, again per rumors, but Sun and Moon 3DS and the Switch version will be able to “communicate” with one another.

Until we know anything for sure, continue to keep all information you hear about the Pokemon RPG filed in the rumor folder until something concrete comes from Nintendo. Yes, even the title of it being Pokemon Stars.