GTA Online players can kick off their weekend by earning Double GTA$ & RP in all Special Vehicle Missions. 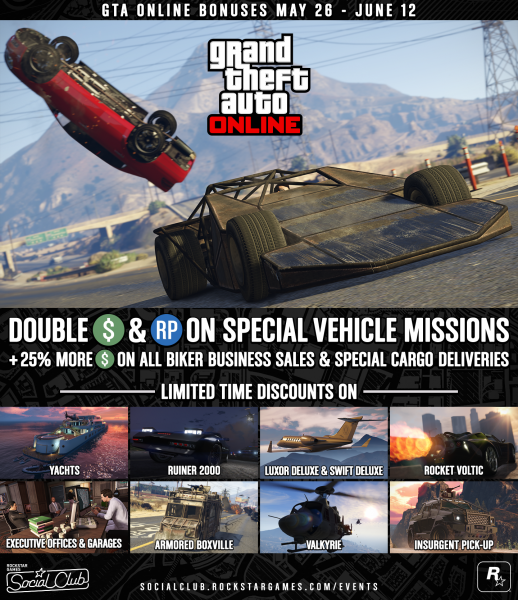 The double goodness in GTA Online lasts through June 12.

Then, from May 30 through June 5, extra coin will be handed out with the following: Premium Special Vehicle Race – Ascent (locked to the Rocket Voltic), Time Trial – Observatory.

Warstock, DockTease, Dynasty 8 Executive, Elitas, and Ammu-Nation are hosting limited time discounts on items such as: luxury Yachts, Executive Offices and Special Vehicles like the Ruiner 2000 and the Rocket Voltic.