Far Cry 5 will be revealed this Friday, so Ubisoft sent over the official artwork, which is a bit creepy.

The game, going by the artwork and previous confirmation, a shows present day Montana setting for Far Cry 5. While not a western as previously speculated, it does take place “out west” so that sort of counts.

Titled ‘The Last Supper’, the image shows men with beards at a table, holding weapons on each side of an ominous looking preacher-esque fellow. A wolf-dog with a cross on its head, and the lady in the image appears to be in a wedding dress. The fella next to her, giving the da Vinci gesture, looks likes he’s sporting a man-bun. It’s hard to tell, we really hope it’s a ponytail instead.

And let’s not ignore the fella with his hands tied with the word “sinner” written on his back sitting close to ammo boxes and weapons. It’s possible this will be the protagonist. But, there’s no way to know for sure.

Looking more closely at the image, you see a barn on fire, a compound way in the background with either a water tower or lookout tower (we’re going with the latter), an radio antennae, farmland, semi-trucks, a Sea Plane and another type of aircraft (P-51 Mustang?). And of course, there’s the church adorned with the group’s banner and its flag flying above the American flag. 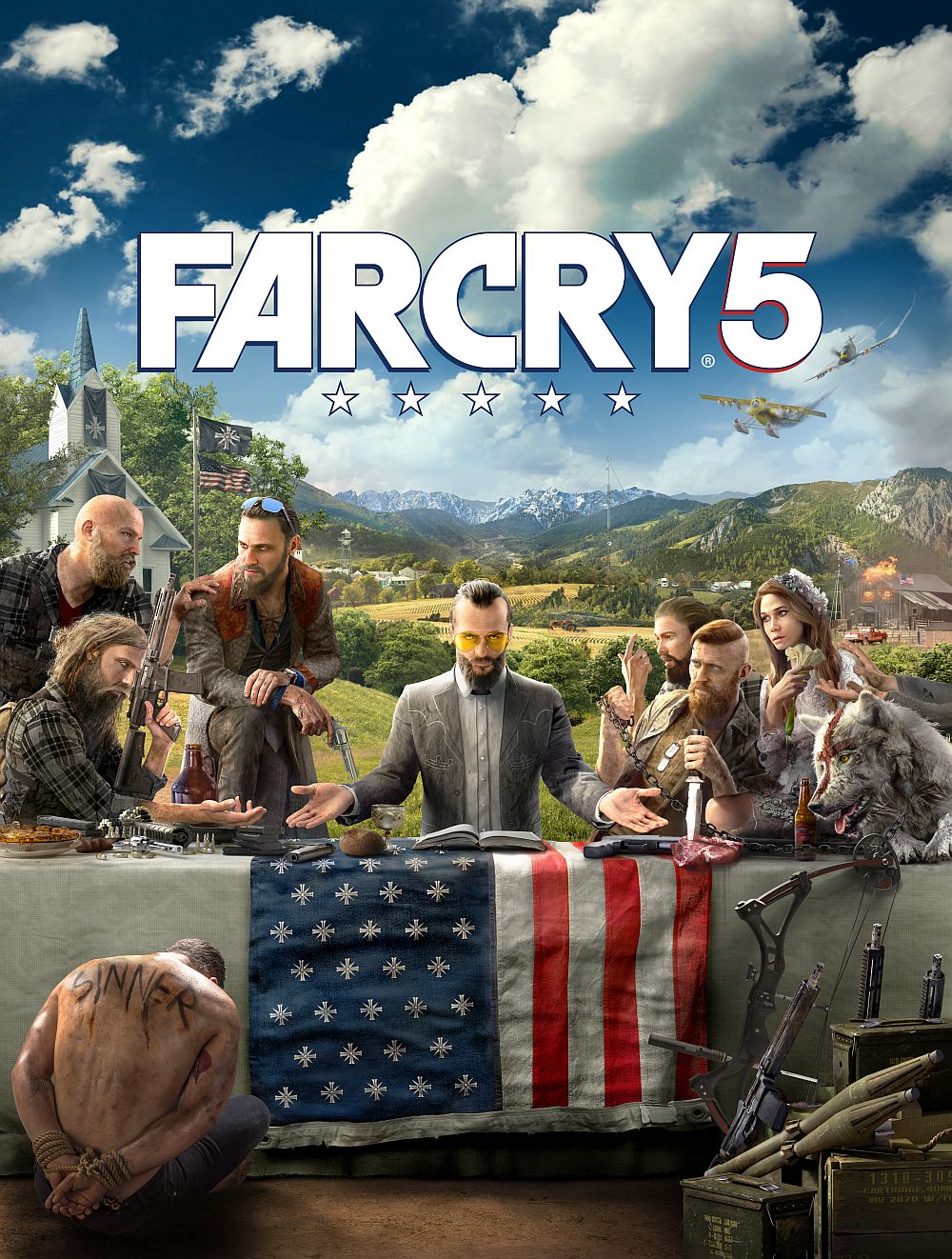 It looks like some religious or “off the grid survivalists” type of cult. At this point anyway. We won’t know for sure until Friday.