Naming the Dead is an early Mass Effect Andromeda quest that everyone hates. Screenshots and map images help you get rid of it ASAP.

There are a lot of great quests in Mass Effect Andromeda – some of the loyalty missions are terrific fun – but there are, unfortunately, also a bunch of pretty uninspiring fetch quests to knock over.

Naming the Dead isn’t the worst one you’ll find, since it ties in with the main story in a way that adds poignancy to your exploration of Eos, but everyone hates it anyway because it’s really hard to complete without a guide, interrupts you as you’re pursuing other leads on Eos, and is frustratingly buggy.

Ah well, let’s knock it over and move on to something more interesting, shall we? On this page we’ve got map references and screenshots as well as text descriptions to guide you to each of the bodies you’ll need to locate to finish Naming the Dead.

Do yourself a favour and finish Naming the Dead as soon as possible. It’s still best to do it after you’ve cleared the Eos vault and advanced the main Mass Effect Andromeda plot a little, to clear the radiation on Eos (that makes exploration much less of a chore) but when you’re ready to kick off your Eos adventures, this is a great first priority.

Use our screenshots, text descriptions and map images to track down the dead colonists who mark one of the Andromeda Initiatives less successful attempts to live alongside the Kett.

1. Promise: Theo J. Harwell
Visit the Eos settlement ruin called Promise and search behind the buildings near the big circular structure for this body. If you’re back on Eos later in the game, there’s a merchant right nearby. Sorry the map cursor is off here; the spot you want is the little arrow where Ryder is standing. 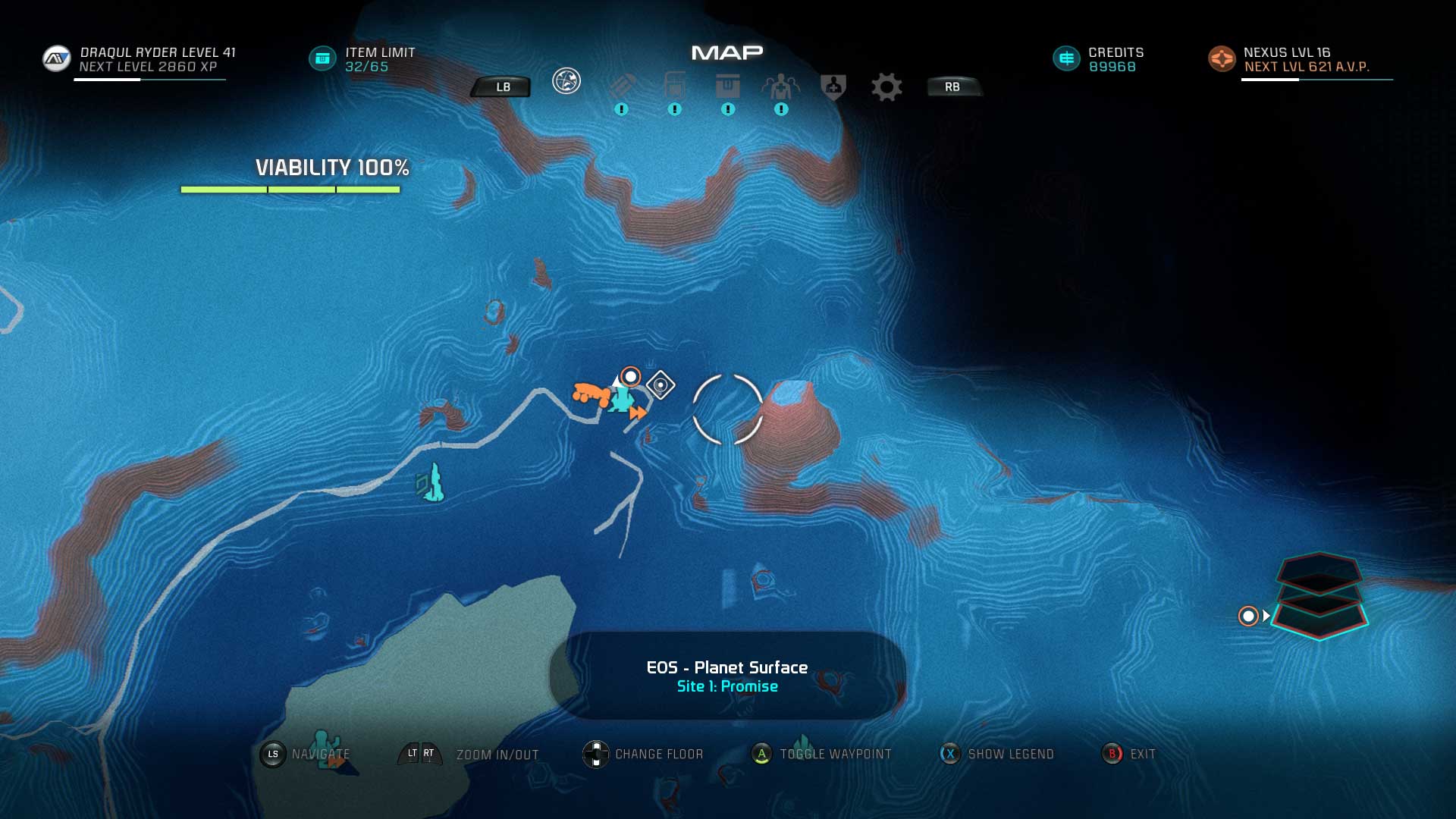 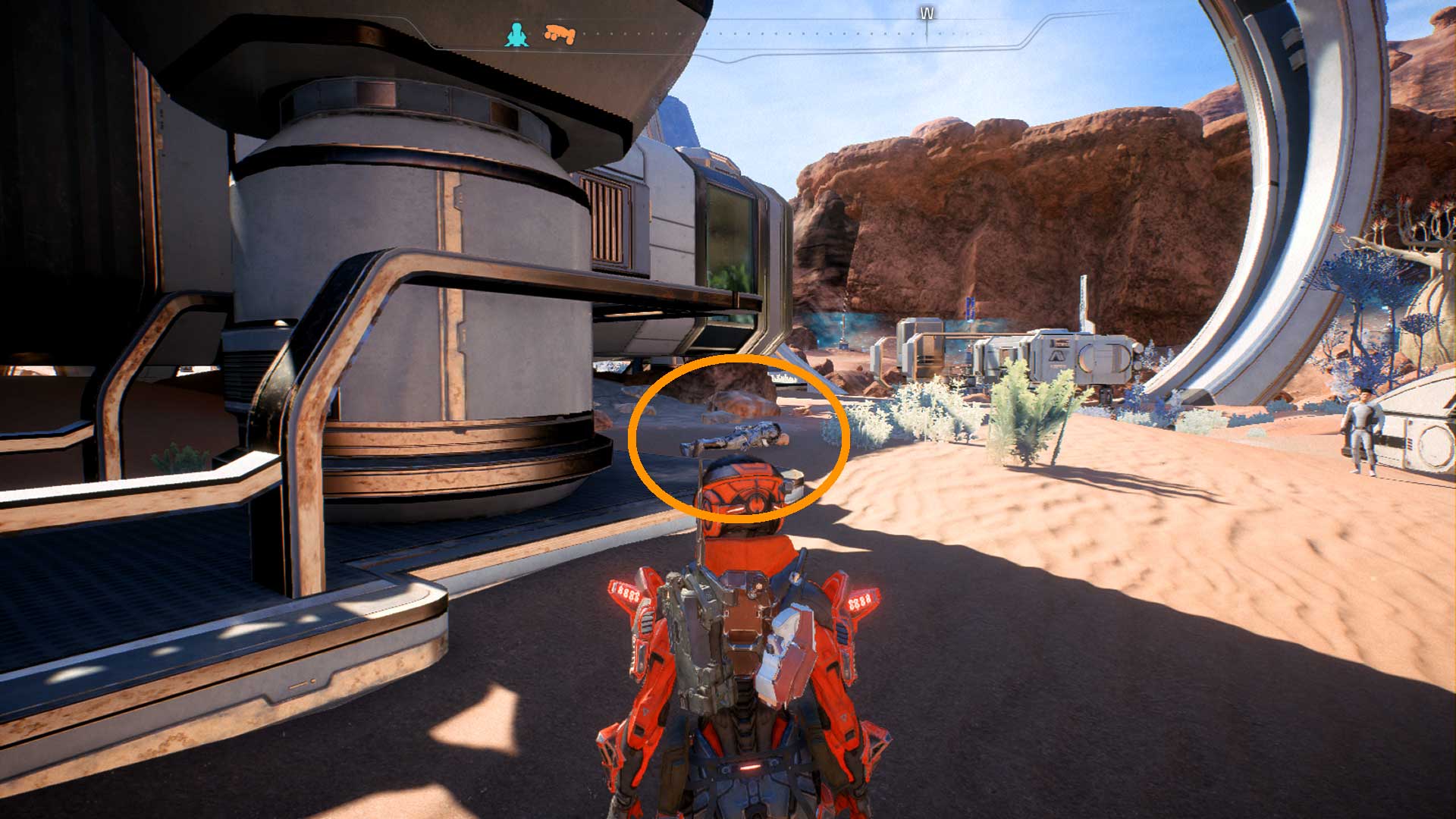 2. Resilience: Gordanus Trenitus
Head directly south from Theo J. Hartwell’s body until you reach Resilience, the second Eos settlement ruin. Go down to the lower level. The body is in an area with Kett mobile cover barriers. For some reason, it tends to bug out and vanish after scanning, so our screenshot shows the location, but not the body itself. Trenitus, your troublesome Turian! 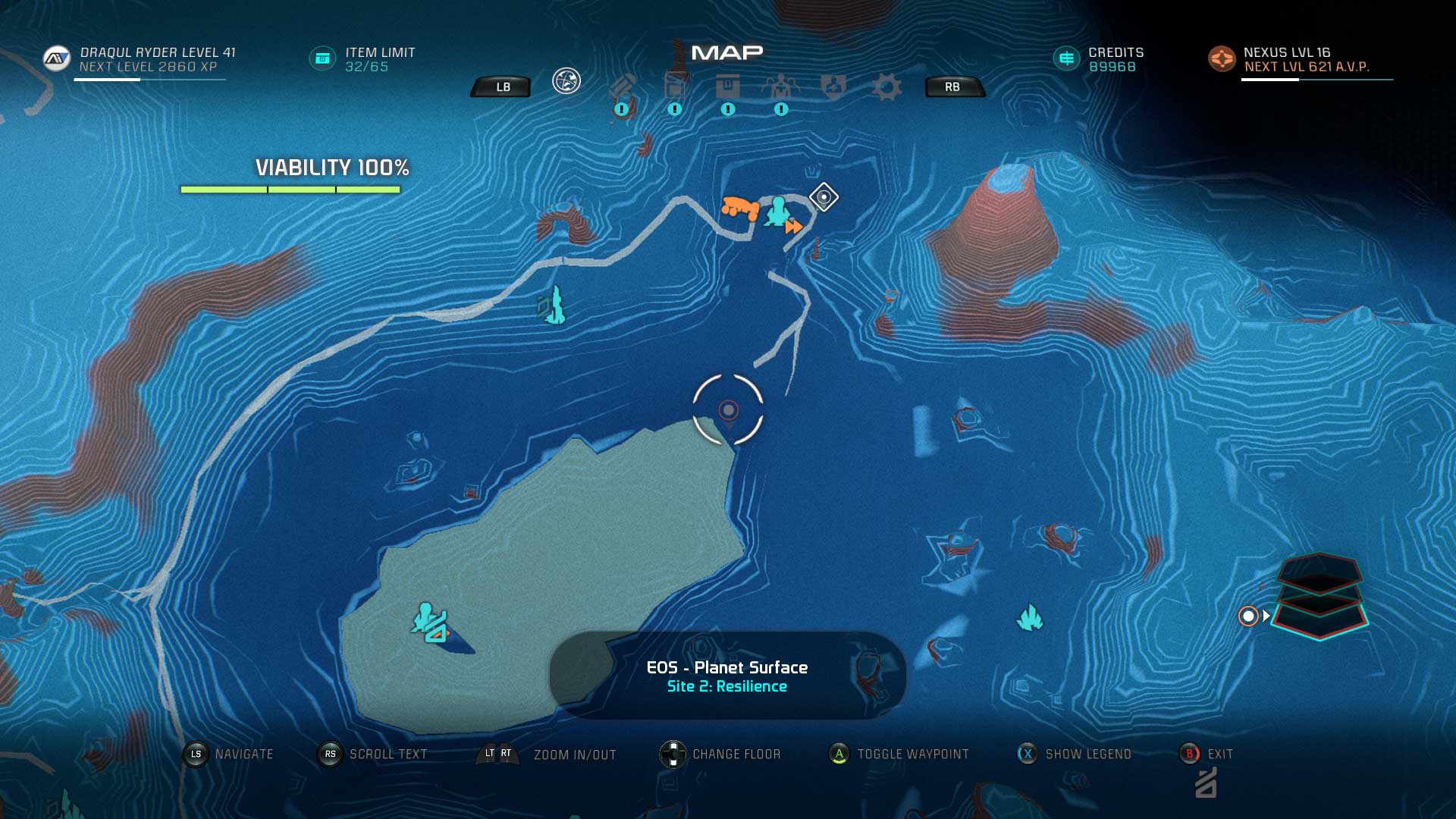 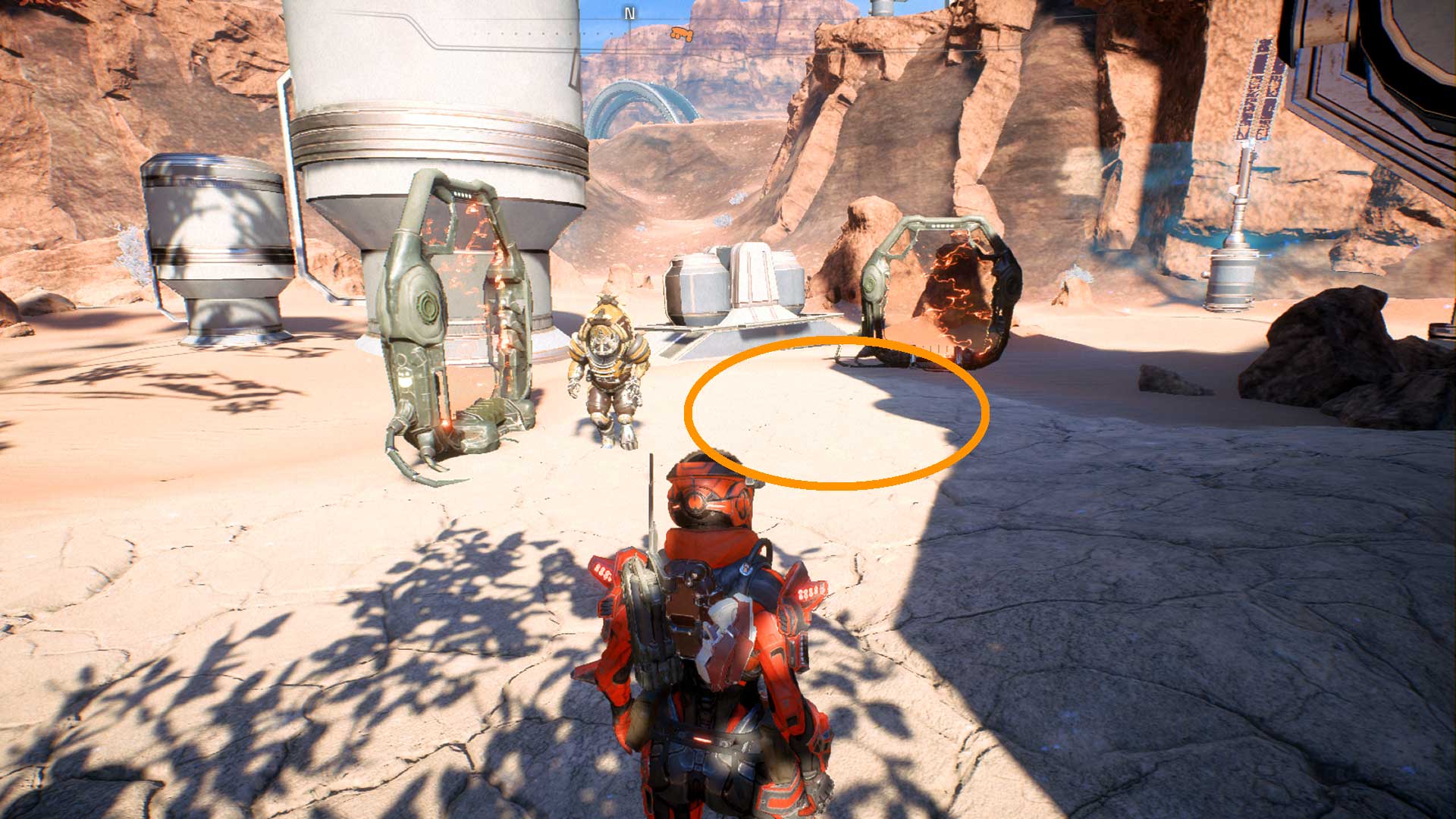 3. Resilience: Thysa Ylar
Move further south from Gordanus Trenitus’s body and search along the balconies and stairs around the cluster of buildings to find this body. As you’ll see from the map, this body is very close to the last one. 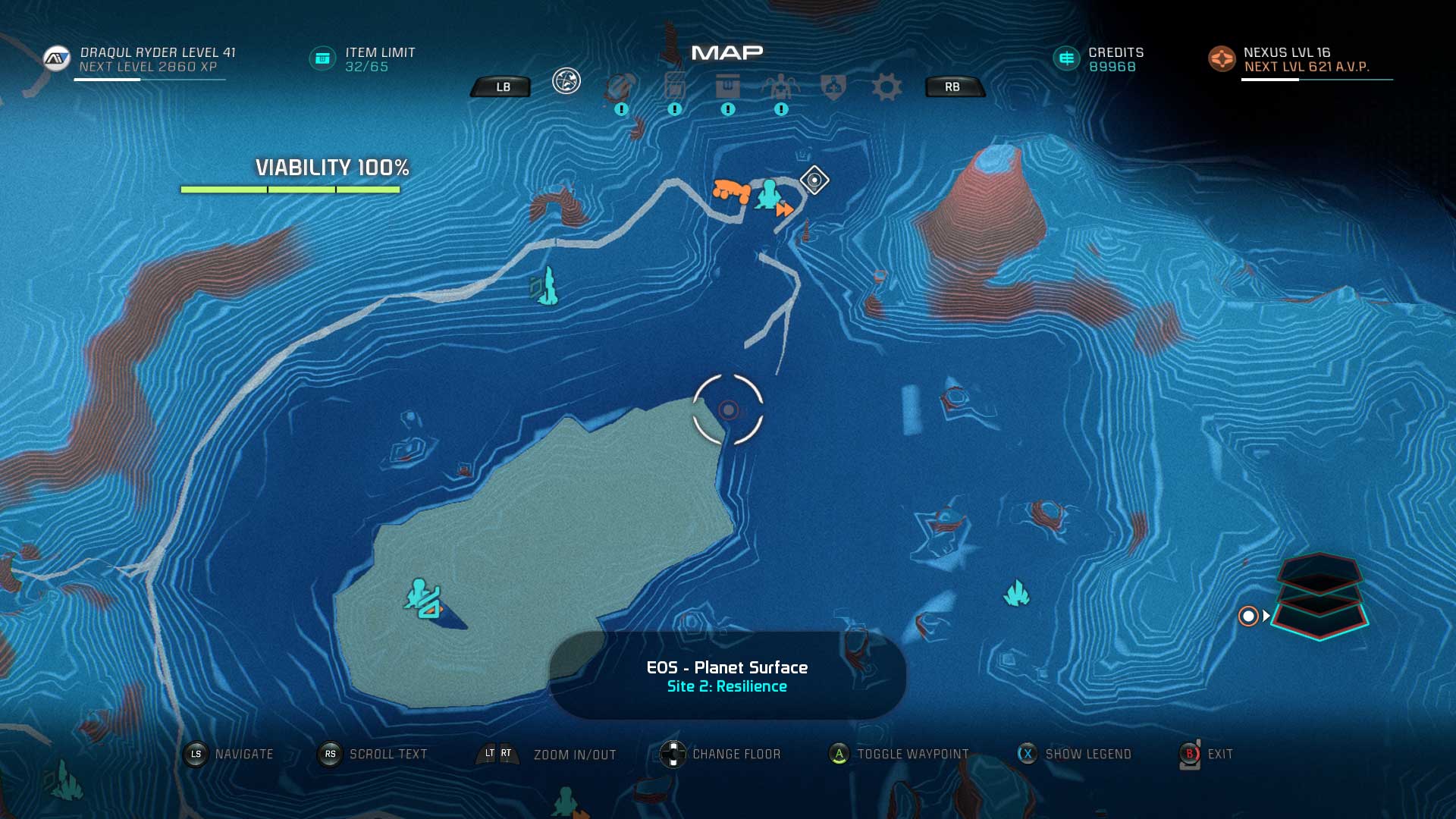 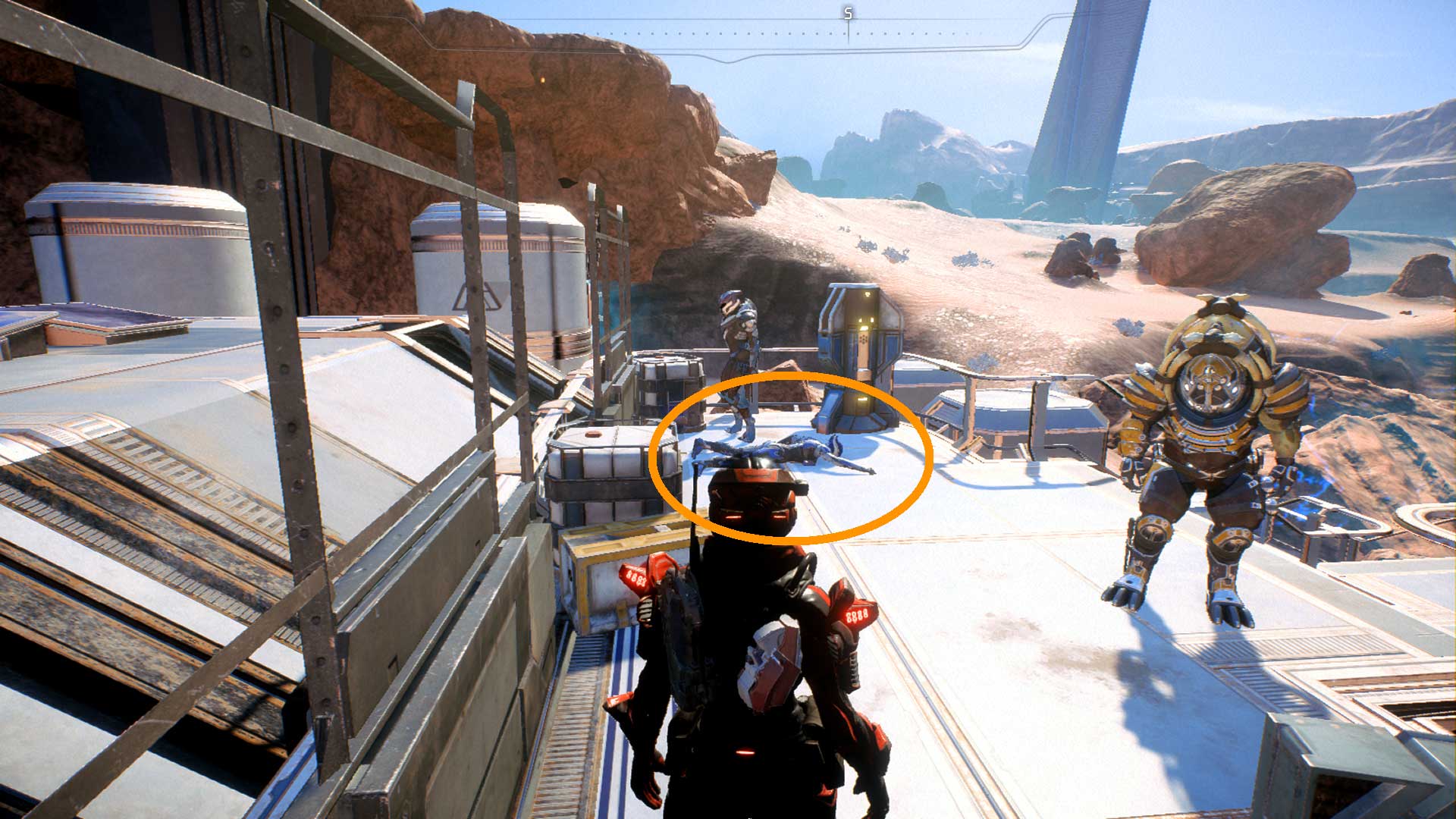 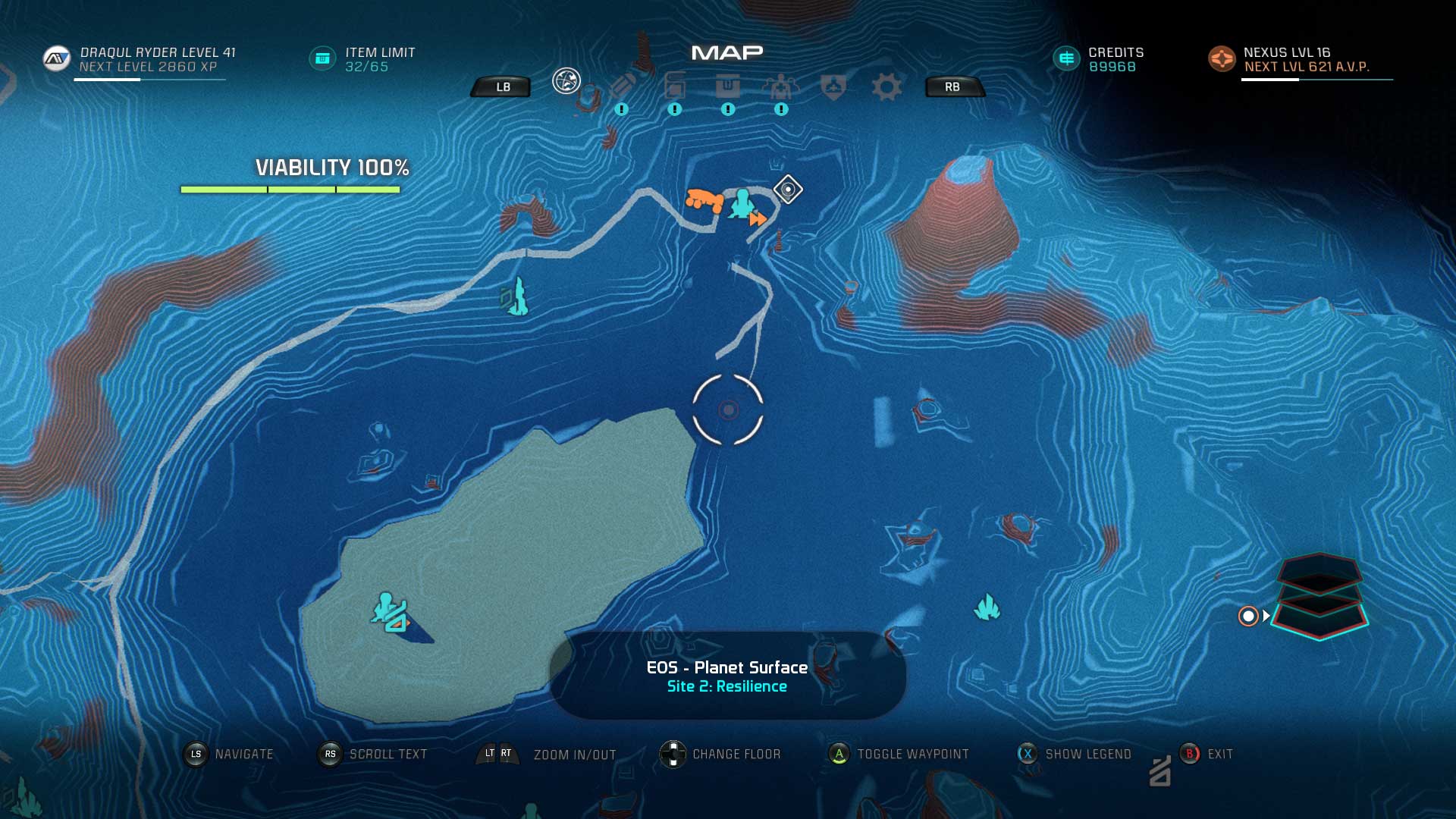 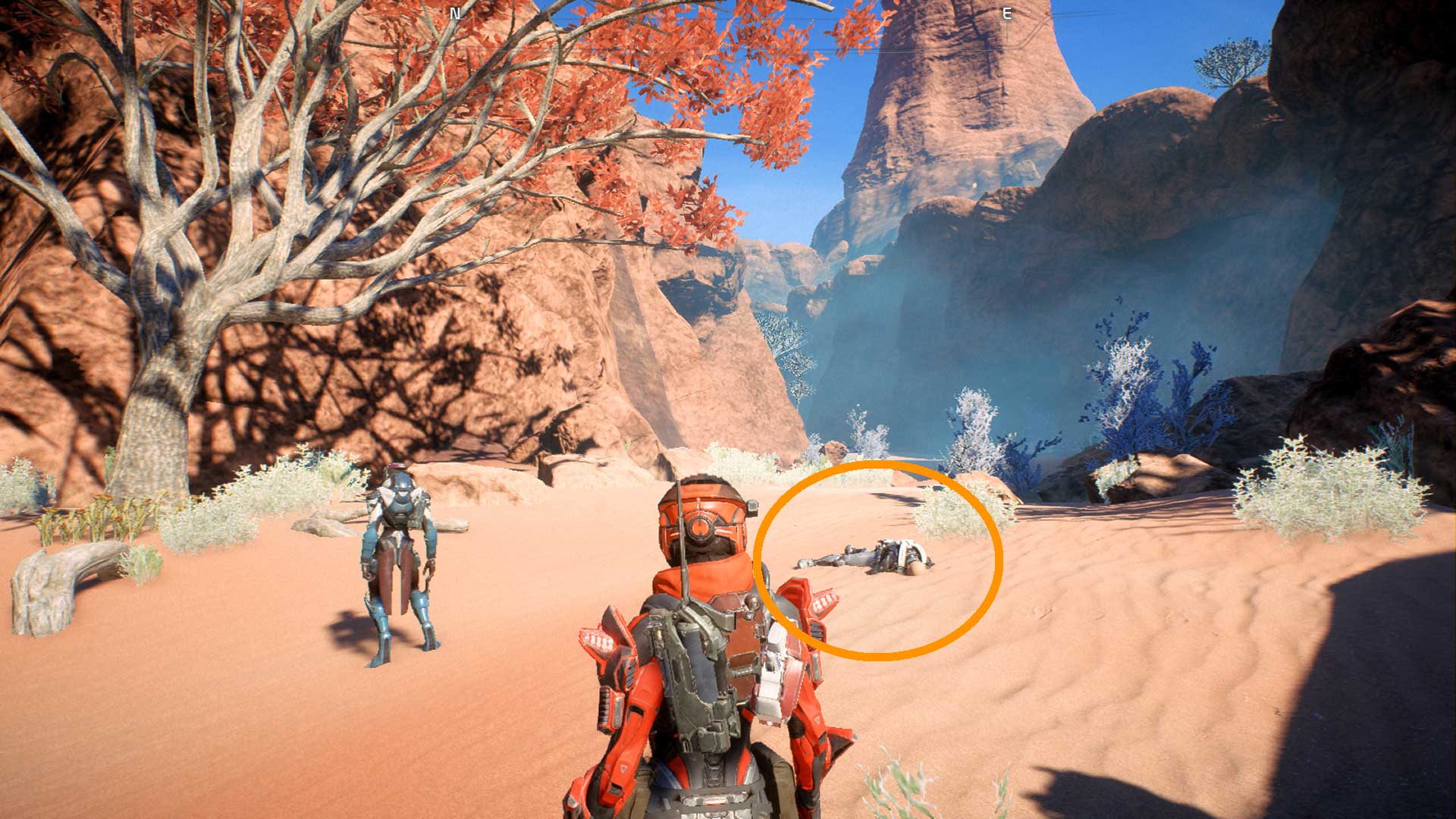 5. Northern monolith: Tegan C. Avante
This body is by a big rock by the road that goes past the monolith where you meet Peebee. 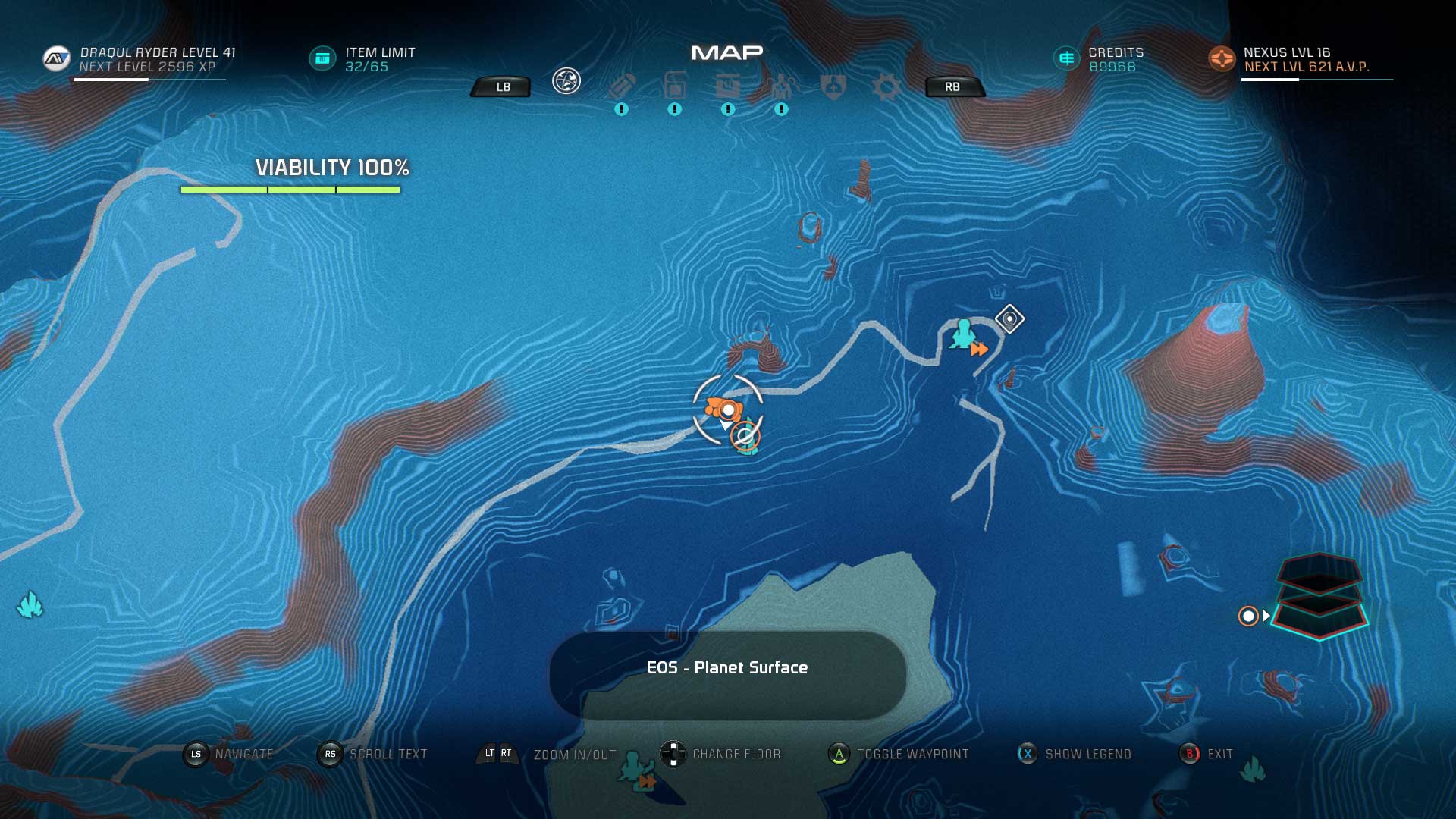 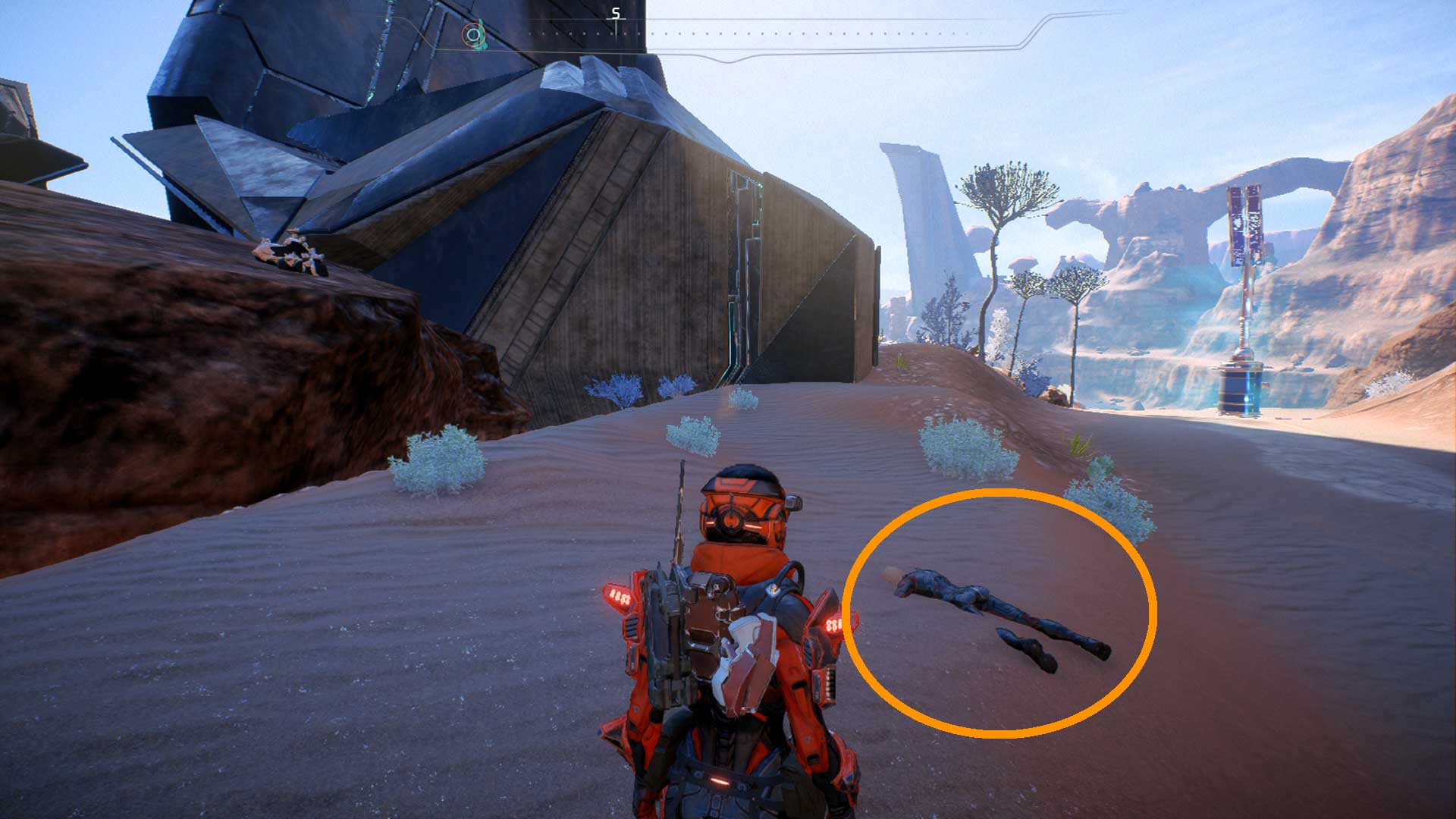 6. Central monolith: Amira S. Pavlov
There are several bodies at the second monolith. Pavlov is on her back with one arm stretched out. 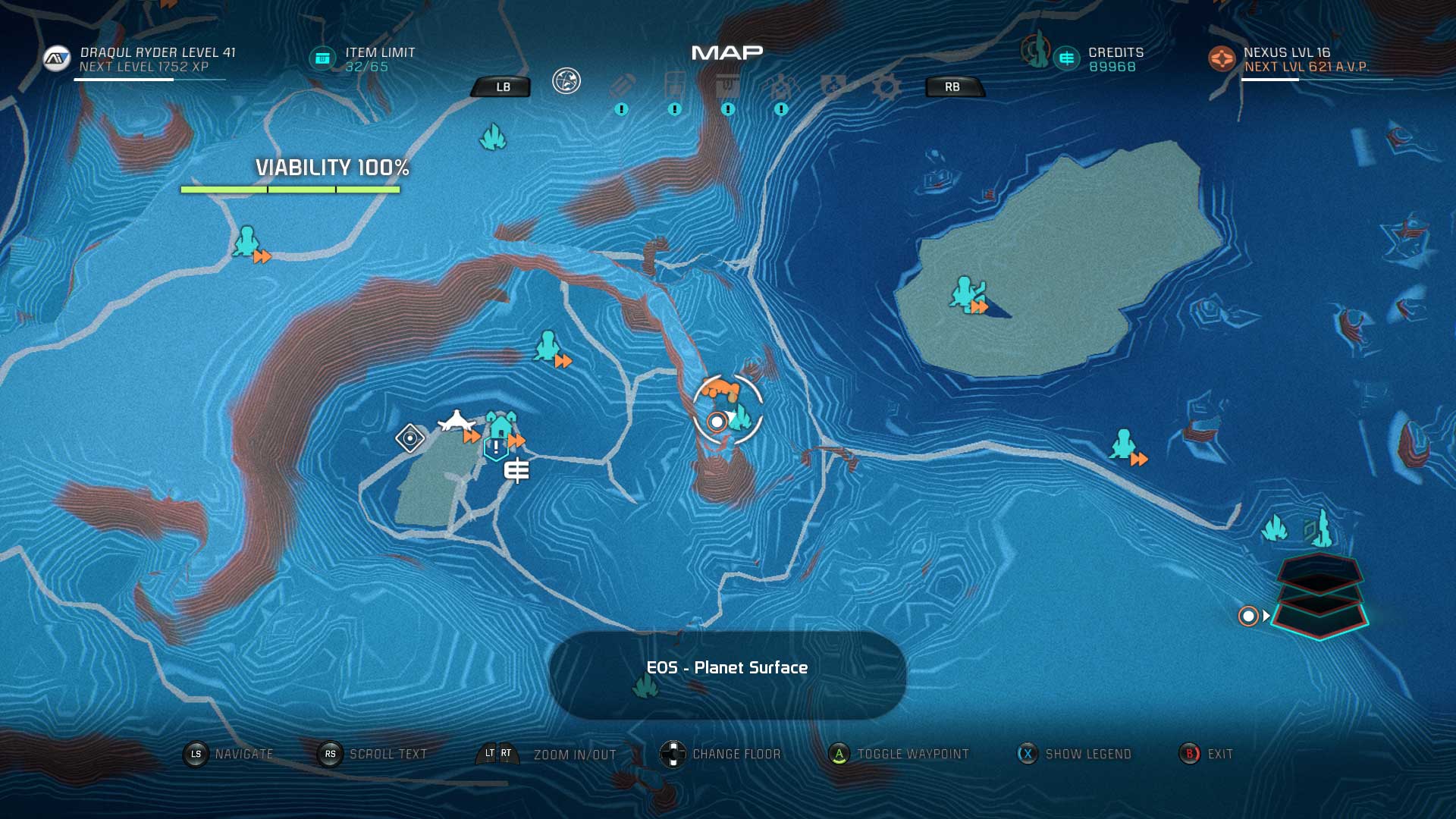 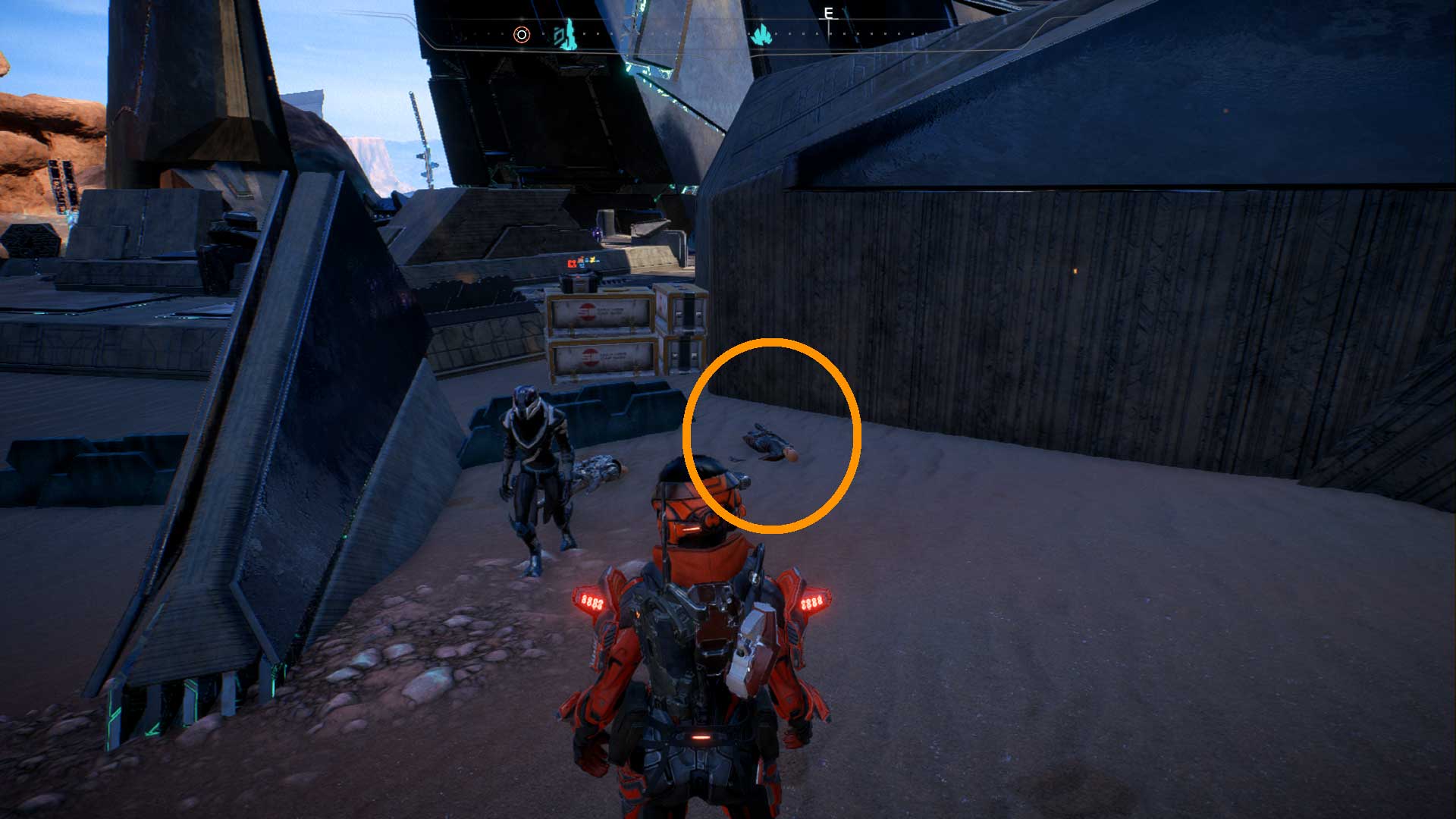 7. Kett Research Centre: Darin T. Anton
Head to the Kett facility at the southernmost monolith and look for the autopsy room on the north side of the central complex; the body is on one of the tables. 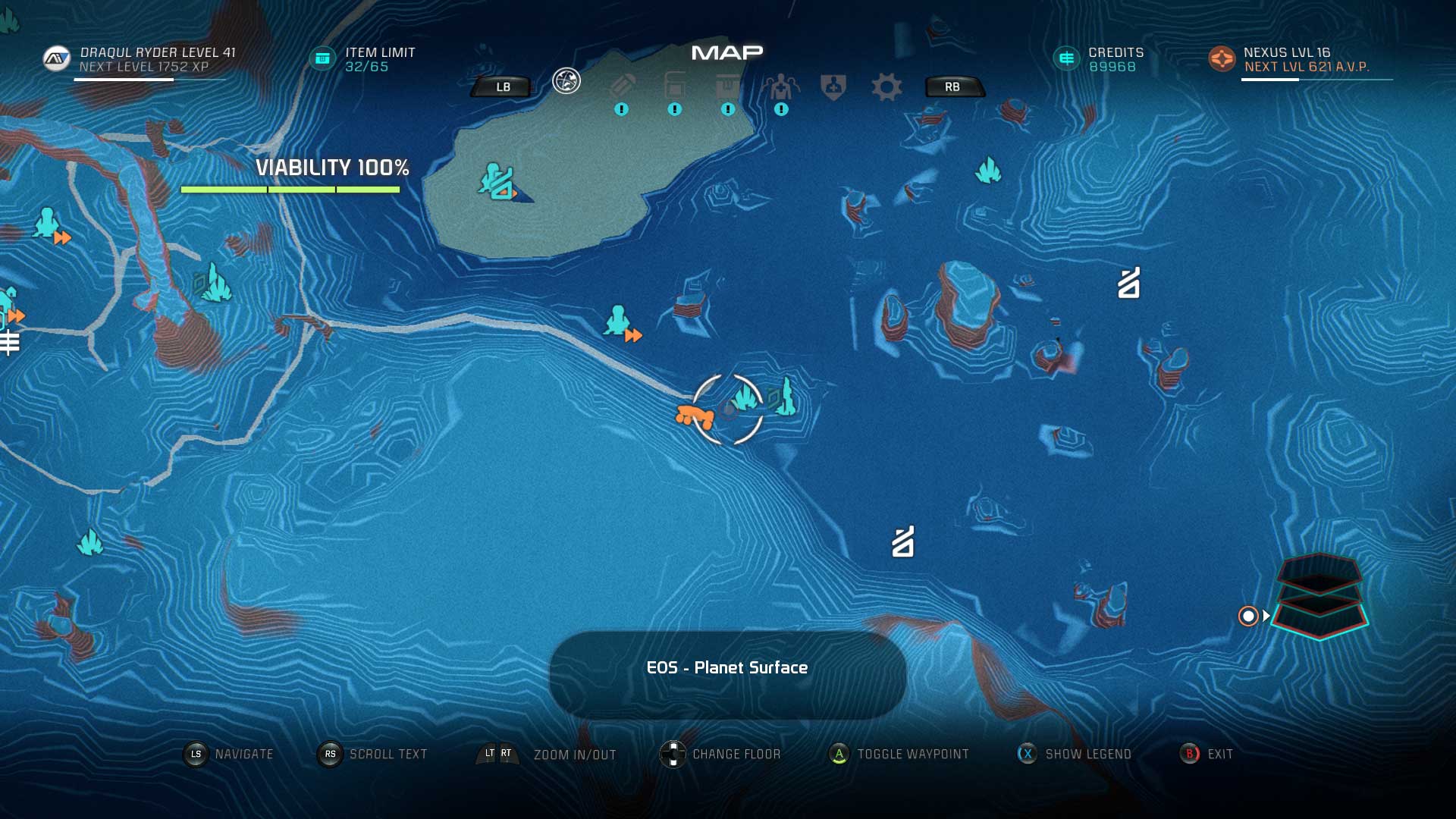 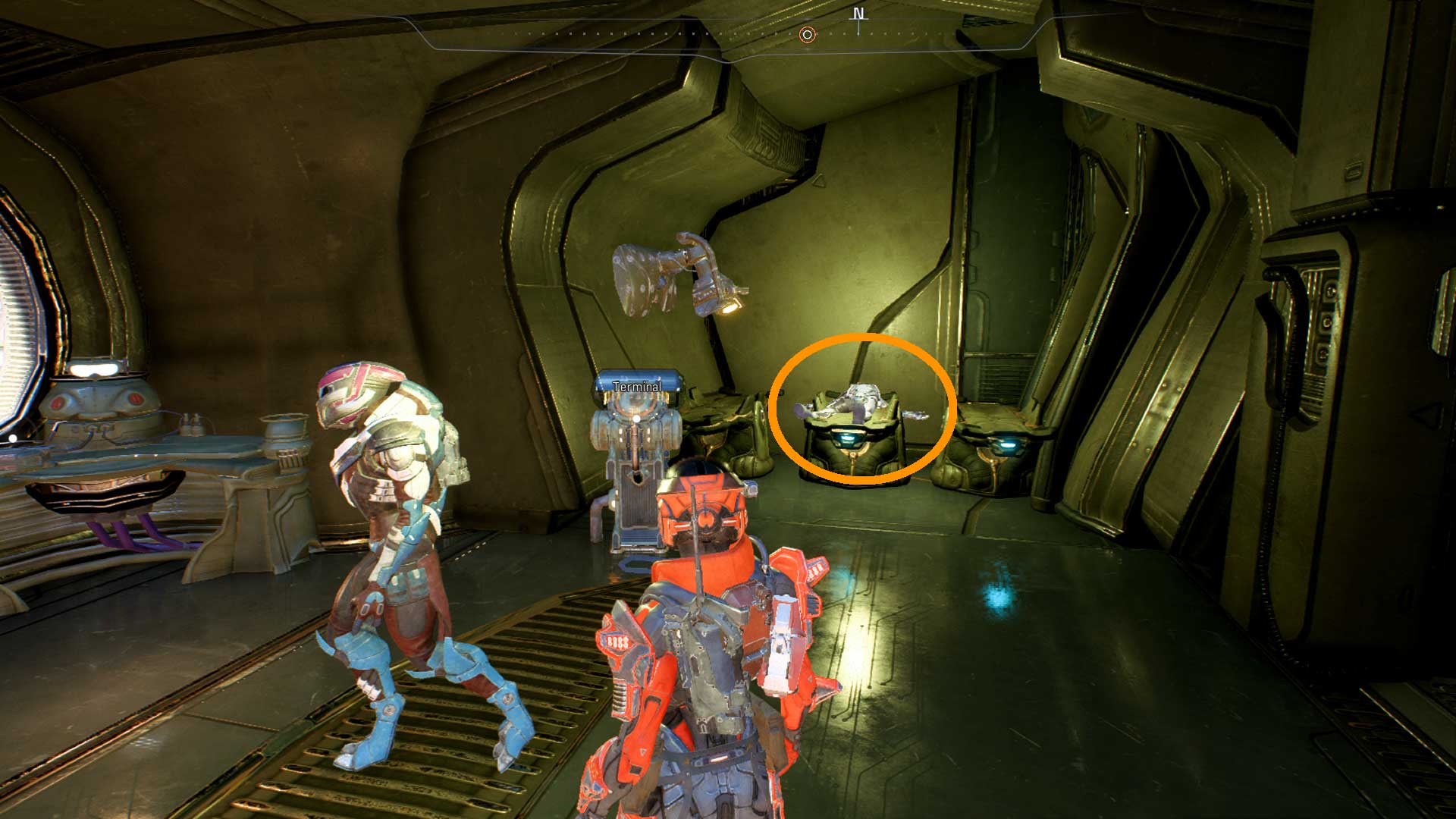 Note that you can always return to scan a body a second time to check the name, if you’re not sure which ones you’ve done so far. Except for that damned Turian in Resilience who vanishes! Truly, he is the final boss of Naming the Dead.

Naming the Dead is probably the only quest in Mass Effect Andromeda you’ll need this sort of assistance for; almost everything else has map icons, or is completed via random encounters. Don’t let it get you down.

We wish we could say none of the characters ever mention Naming the Dead again, but like many quests in Mass Effect Andromeda, the world state largely refuses to acknowledge its completion and you’ll still hear about it as you plod around.