You can play the first hour of Prey today on PlayStation 4 and Xbox One, so fire up your preferred console and start downloading. Also, the PC specs and pre-load times for the title have been provided as well.

Bethesda announced earlier this month a demo for Prey would be made today, April 27.

During the opening hour of the game, players will be able to install hacker skills, Leverage which allow heavy items to be lifted out of the way or used against enemies, or the Repair ability, which allows the player to fix things.

It’s also possible to find areas of Talos I way which may not nessisarily be open to a more “casual player in the first hour of the game.” This can be achieved, for example, by using the GLOO Gun to create new pathways to higher levels.

Players can also run into NPCs in the demo, fighting to survive the Typhon outbreak. It’s up to the player to either help them out, ignore them, or take them out.

As previously reported, save files from the demo will not carry over to the full game, unlike the Dishonored 2 demo. So keep that in mind. This information was confirmed to us by a Bethesda representative when we sent an inquiry. 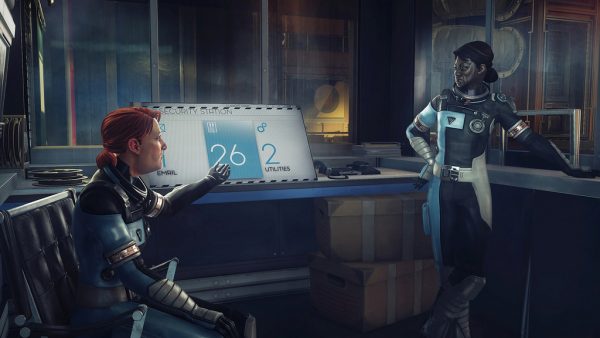 While the demo isn’t available on PC, those planning to pick the game up on the platform will be interested in the minimum and required specs. Those are listed below, along with pre-load and unlock timing on all platforms. If you are interested in the list of Achievements for the game, you can find those through here. Beware, though, as the list if full of spoilers.

A launch day patch will be made available for the game when it releases on May 5 and will require additional space than what is listed below.

Xbox One: Midnight EST on April 27

Prey will unlock at midnight by territory May 5 on PlayStation 4 and Xbox One, and at midnight ET/5am UK on PC.