Humble Bundle has a new offering for those looking for something a bit more meaningful to play during the morning commute. 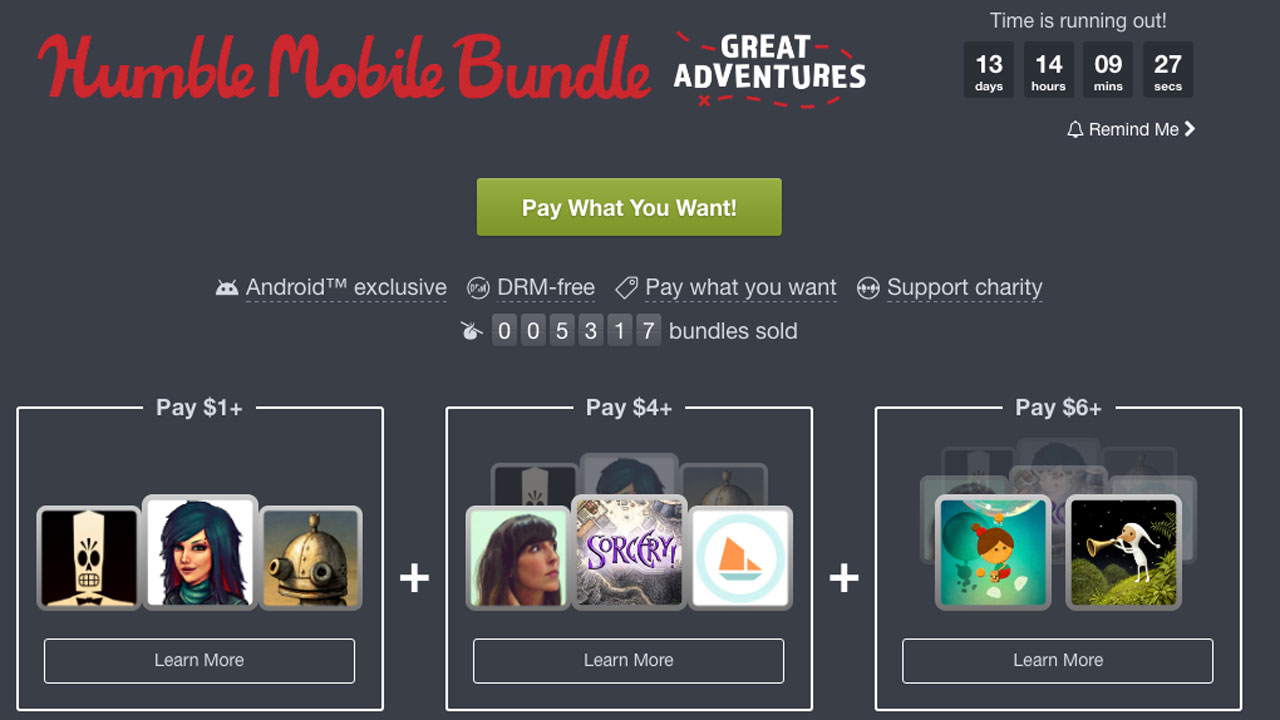 The latest Humble Bundle is a collection of adventure games for Android mobile devices.

Pay what you want for Tim Schafer’s final LucasArts adventure, Grim Fandango Remastered, Kathy Rain and indie classic Machinarium. If you fork up more than $1 you’ll get the Grim Fandango soundtrack, too.

There’s no beat-the-average tier, but cough up $4 or more for Her Story – one of last year’s foremost indie hits – Sorcery 4 and Burly Men at Sea.

All of these games are offered DRM-free, so you can install them across as many Android devices as you like. That should also mean you don’t have to be online to play, which is something we expect from games we’ll fire up on the subway, Nintendo.

As ever, you decide how your payment is split between organisers, developers and charity. The nominated beneficiaries are the Electronic Frontier Foundation and Child’s Play, but you can select a third cause as well. We’ll also get a kickback by default, but that’s at your discretion, too.