Square Enix has announced a Collector’s Edition for the Final Fantasy 12 HD remaster coming this summer. 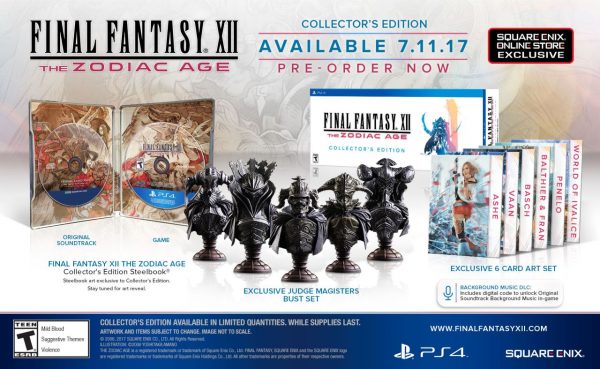 There will be other editions of Final Fantasy 12: The Zodiac Age on offer than just Collector’s Edition. There’s also the   Limited Edition and  Digital Edition.

Here’s word on each straight from the press release. 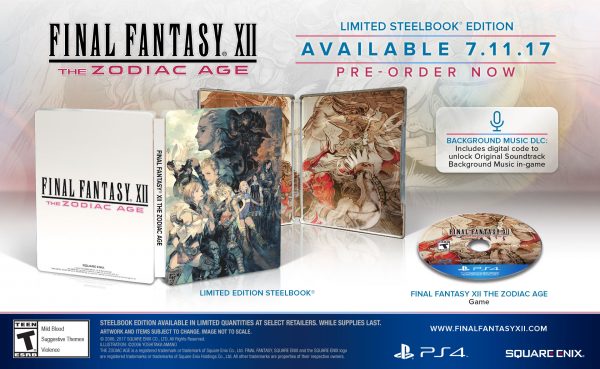 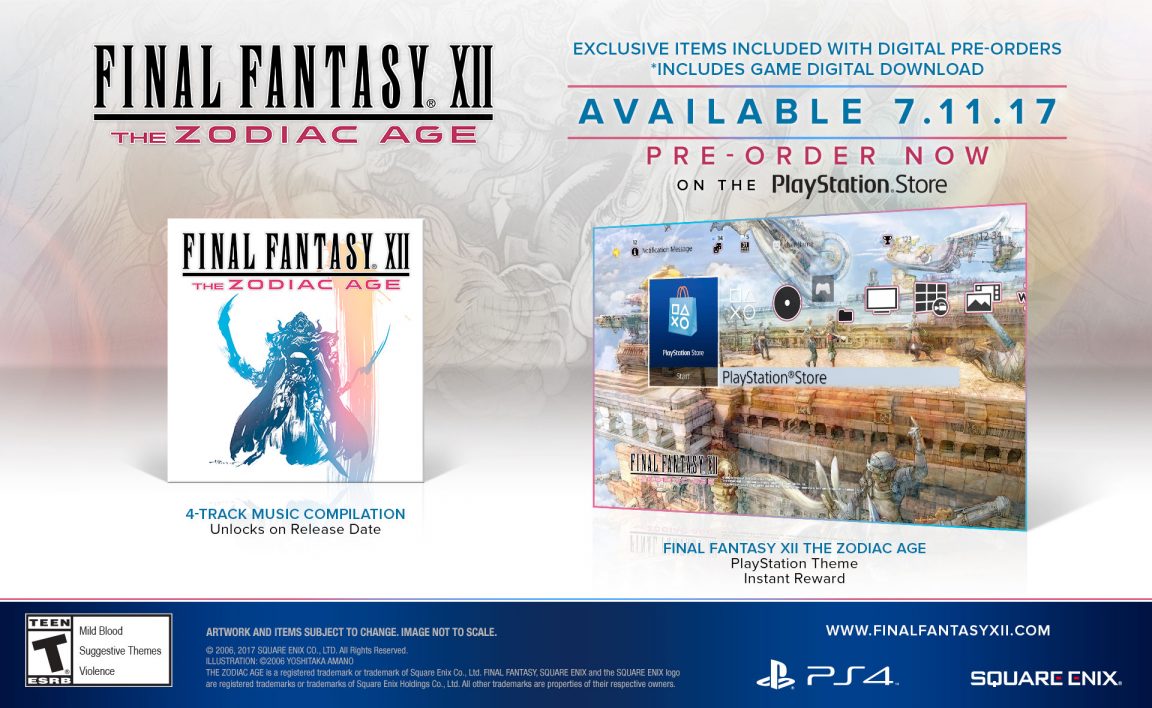 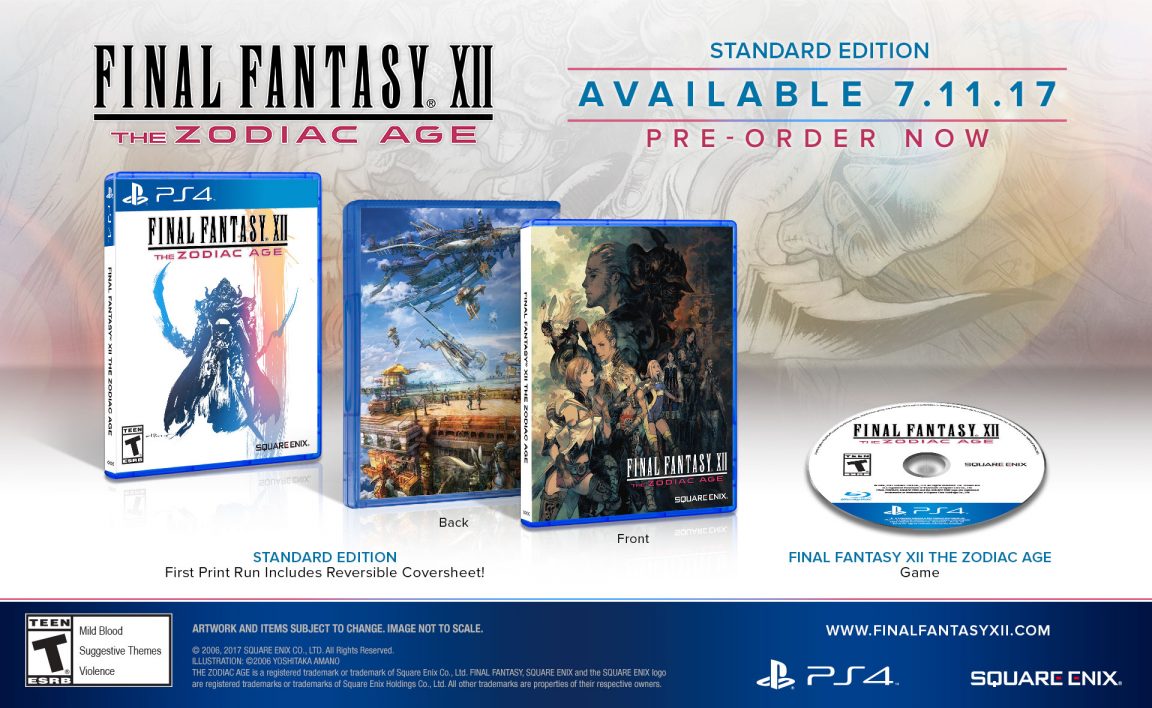 First run prints of the standard version of the game will come with a limited reversible coversheet featuring artwork by Akihiko Yoshida.

Pre-orders through the PlayStation Store will come with a PlayStation 4 system theme and four music tracks by Hitoshi Sakimoto (to be unlocked upon release).

Finally, Square Enix announced that Balthier from Final Fantasy 12 will be available as a downloadable champion summon in World of Final Fantasy starting March 23.

It will be released on PlayStation 4 system July 11.