You won’t be able to share your Nintendo Switch downloadable games across multiple consoles. 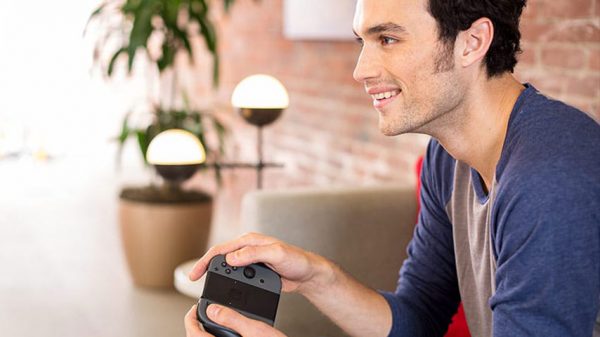 It was recently revealed that the Nintendo Switch, unlike Wii U and 3DS, will not link your digital purchases to the console itself. Rather, your eShop purchases will be linked to your account.

The immediate benefit of this is that if your console is lost or damaged, you’ll be able to easily download your content onto a new Switch. When that feature was revealed, everyone just assumed this also meant you’d be able to play your games across multiple systems. Logging in at a friend’s house, for instance, to download and play content you own.

This won’t be the case on the Nintendo Switch, unfortunately. During a Q&A at a recent Nintendo World NYC store demo captured by YouTube user CrazyDopetastic (via ARS Technica), this very question was asked by one attendee.

“If I want to take my system with me… if I were to buy a digital game, could I buy it once, or would I have to buy it multiple times so they can use those games?” asked one person interested in getting two consoles, one for personal use and another for his children.

Nintendo’s Shinya Takahashi confirmed, though Bill Trinen, that such a feature does not currently exist.

“Currently we don’t have a system like that in place for Nintendo Switch, but we haven’t made any final decisions about how we would approach that going forward in the future, so unfortunately I can’t provide any concrete answer for you right now,” Takahashi said in a translated answer.

This means that the Nintendo account can only be linked to one console at a time. Obviously, this is very different from how things work on PS4 and Xbox One.

On these consoles, you’re able to log in and download any of the content you own on any system. Unless a console is set as your home console, you’ll need to maintain an online connection.

While not many people will be affected by this, since most will just own one console, it’s still a limitation that does not exist on competing platforms.

The Nintendo Switch is out March 3.