Better yet, how about something a little different… 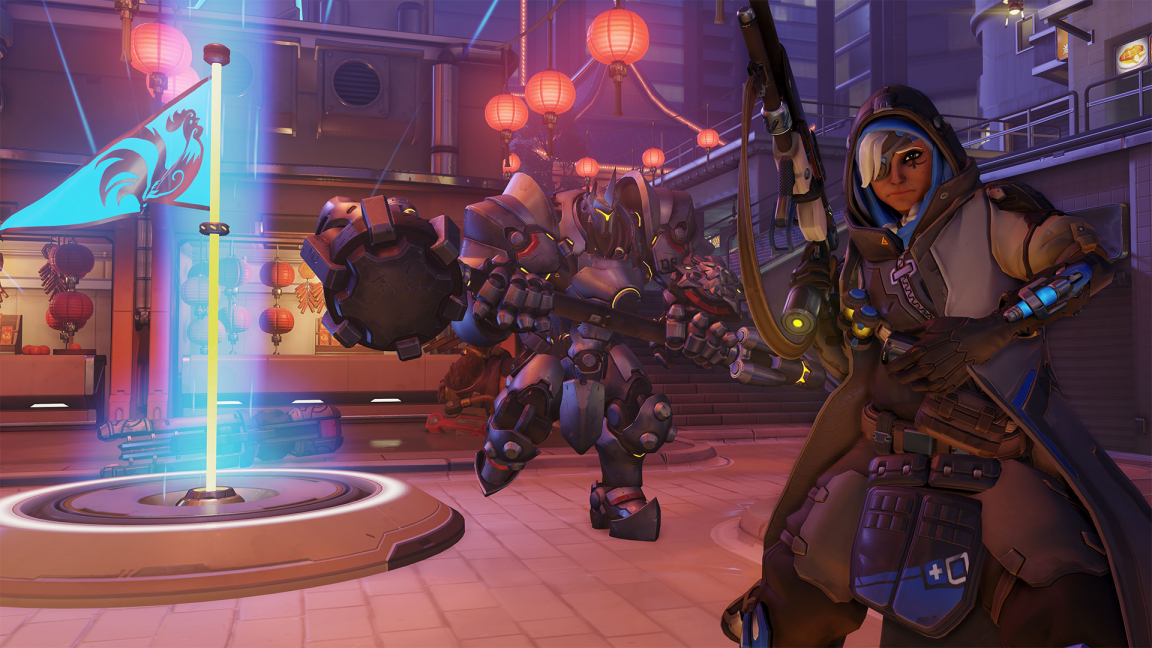 “Clever level design can lift unused heroes to new heights. Where many Overwatch players seem happy to have a new hero once every three months, the arrival of a new map between these vacant periods could comfortably satiate the need for something more.”

Regardless of how good the gunplay is in a first person shooter, the maps that its players play on are an incredibly important part of ensuring the overall experience is enjoyable. Poorly designed locations that lack a cohesive theme, layering or verticality, can often result in play feeling dull and lifeless. Well designed maps not only transform a game, but they often remain memorable for years to come.

Overwatch has 21 maps in total if we’re to also include seasonal variants and Arena. 14 of those are set across Assault, Escort, Hybrid and Control and the last to be released, Oasis, was in January 2017. I’d consider it a relatively large number in total but there’s also an imbalance right now, with Hybrid and Control having four a piece and Assault and Escort only three.

There’s no suggestion that Overwatch has to have an equal number of maps across its game modes, but it’s fair to say that Assault and Escort have a great deal of potential. Although they’re incredibly simple in design, there’s an immediacy to the playstyle they offer that’s moreish. Volskaya is a particular favorite of mine simply because the nuances of its design create a challenging ebb and flow of combat. Its mix of bottle necks, open spaces, flanking routes and mobile platforms – wrapped up in a beautiful snow setting – allow it to stand out.

To be entirely fair to Overwatch, all of its maps are strong. I’d argue however that the lineup of Control maps are the weakest simply because it’s a game mode with so few transitions. Fundamentally, success or failure on all of them revolves entirely around one set area and everything on the outside is largely irrelevant.

The addition of any new map to Overwatch can massively affect the meta and while it might not push change as far as the arrival of a new hero, clever level design can lift unused heroes to new heights. Where many Overwatch players seem happy to have a new hero once every three months, the arrival of a new map between these vacant periods could comfortably satiate the need for something ‘more’. 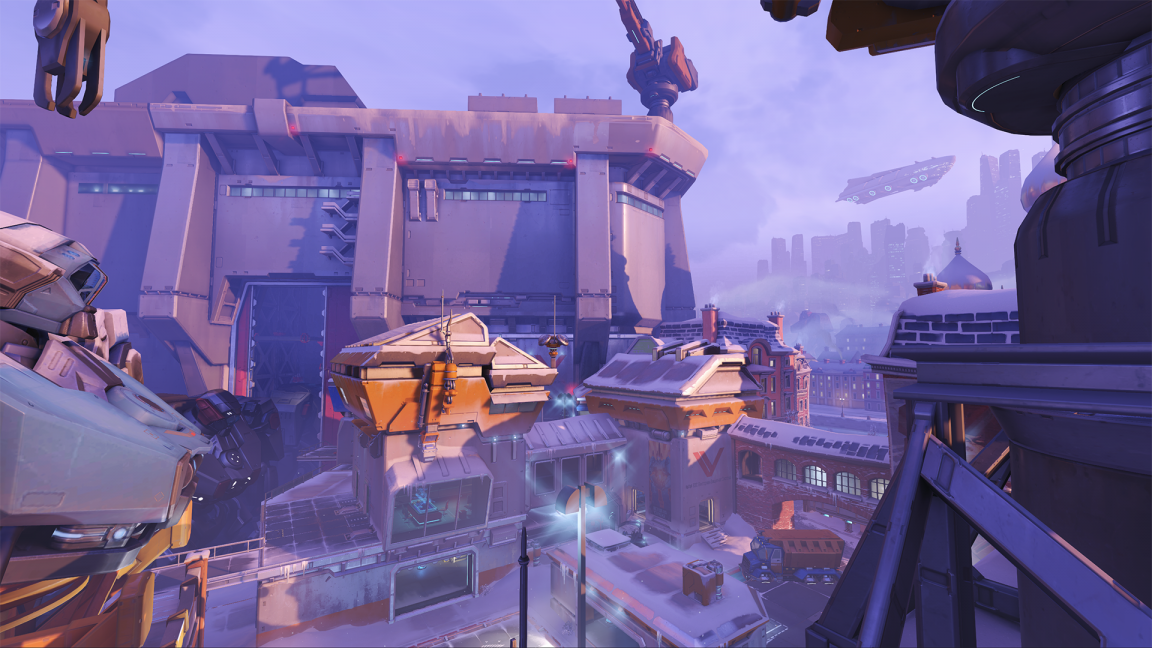 With Overwatch drawing its map inspirations from the real world, albeit a future one, it did get me thinking about how Blizzard could improve on their existing game modes, but also what map could be next. Considering we’ve already been to most ecosystems and world locations that have a clear theme, there’s inevitably a risk of overlap. It’s when looking back over past first person shooters then, that my favorite ever map sprang to mind: AS-Convoy from Unreal Tournament.

The map in question see players fight across a series of moving vehicles and as it hurtles forwards, players have to undertake a variety of objectives, whether attacking or defending. Objectives include opening the transport panel to create a closer spawn point for the attackers, opening the rear door of the convoy to allow a plane to perform a bombing run or bomb the doors for access to the repair vessel.

With the Convoy constantly in motion, combined with its multiple objectives, there’s an unquestionable excitement to the entire map. There’s not only the risk of falling from the moving cars and the transport carrier, but the dynamics of the map changing in real time – depending on the success of the attackers or defenders – makes for nervy and exciting play.

Even after all these years I’ve still yet to play anything that comes close to AS-Convoy and in many ways it would be amazing to see something similar in Overwatch. With all existing maps largely static, anything with motion to this degree would instantly stand out, especially as an Assault map. 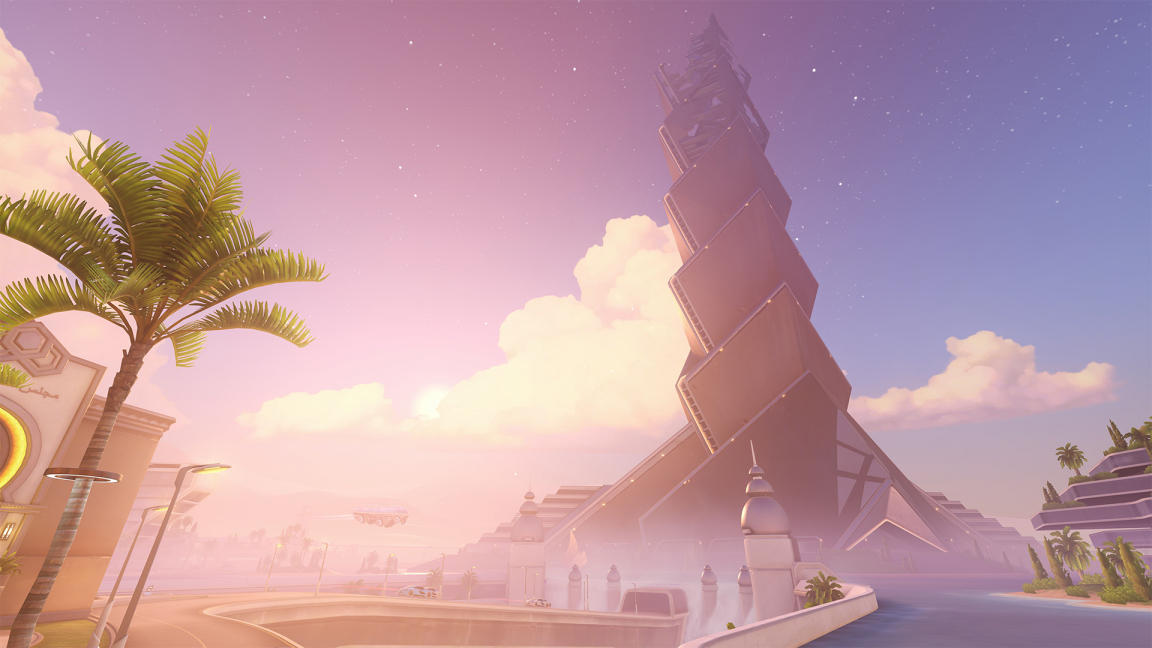 Choosing a setting for something of this kind would be rather difficult, but I did wonder whether the Orient Express could be a possibility. Although Overwatch is set some time in 2070, I suspect retention of key landmarks is very much the norm and considering Hollywood and Route 66 still exist, it seems sensible to suggest the Orient Express – an iconic train – absolutely could.

“Dynamic maps that change direction based on the success of the attacking or defending team could drastically alter the design approach to Assault and Escort, to the point where they’d not only have more originality, but potentially greater longevity.”

My thought surrounding the train and this map is that it would be more akin to the Snowpiercer but on a much grander, futuristic scale. Glass carriages, multiple floors, wide balconies and open decks as well as a variety of holds would make up the train. These layers would add verticality, close quarter play and variety. Not only this, but as the train sped along – levitating above the rails below – hover vehicles would pursue the train and regularly change formations. These would provide hazards for the player but would also grant further width to the map as players would be able to freely move across them.

I suspect an initial reservation may be the prospect of repeated deaths for anyone who lacks shore footing when playing from a first person perspective, but this would largely be balanced by the fact everyone would spawn on solid ground and access to the Orient Express would be guaranteed. Using the flanking routes on the outside of the train (technically the surrounding vehicles) would be high risk, high reward paths. Despite these risks, there would still be some reliable paths to pass over.

The lore surrounding the map would see the differing Overwatch factions all attempting to intercept and/or protect a dignitary on board the train. Widowmaker would be attempting to assassinate, while heroes such as Winston and Tracer would be hoping to extract the target. Roadhog and Junkrat would simply be along for the gold bullion in the hold. 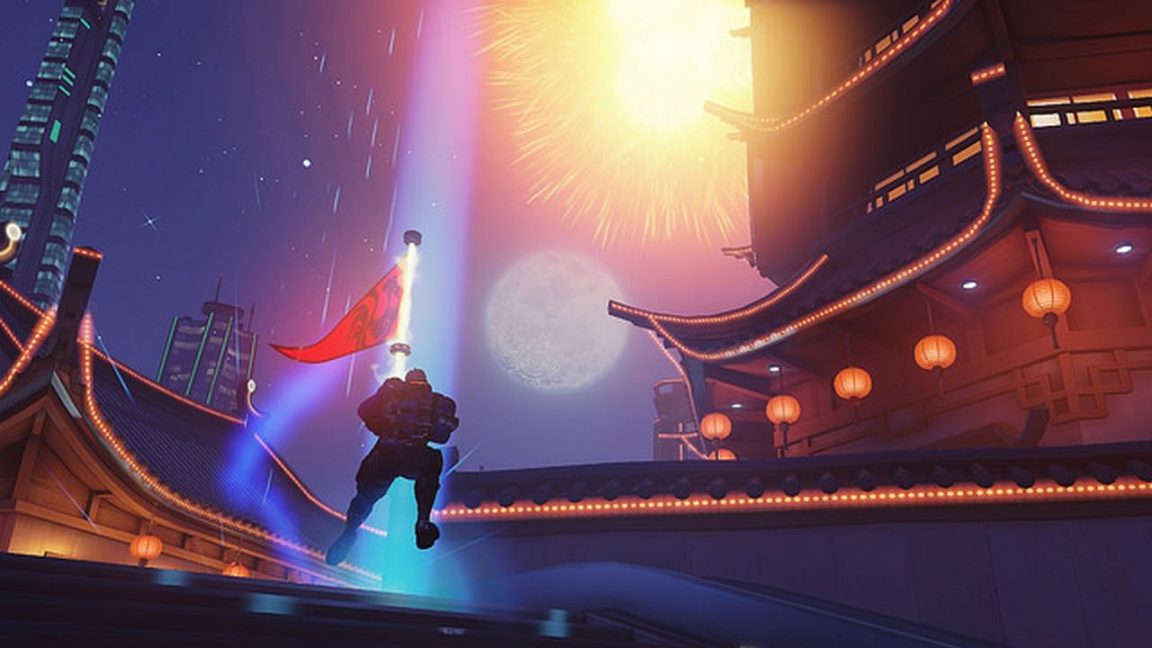 In many ways the map would play out like the multi-stages offered by those in Brink or Powerstone 2. It would undoubtedly be technical and no doubt a challenge for Blizzard to implement something of this scale, but many of the objectives of the map would be Capture Points that resulted in a significant change to the map.

If Blizzard is to continue as it is by simply implementing fixed location maps of a traditional nature, irrespective of game mode, I suspect things may get stale quickly and the desire from players to have more maps delivered at pace would grow louder. Ensuring that new maps retain their simplicity, but with greater layers to their delivery (such as my hopes above), would not only keep things interesting, but add life to game modes that are already growing stale.

The reaction to Capture the Rooster, another traditional game mode that uses existing maps, perfectly highlights the player base’s desire for something new. Dynamic maps that change direction based on the success of the attacking or defending team could drastically alter the design approach to Assault and Escort, to the point where they’d not only have more originality, but potentially greater longevity. They effectively become an evolving game tug of war where the maps are constantly changing: to me, that sounds a very good thing.

What would you like to see from new Overwatch maps? Would you like more dynamic alternatives? Are you happy with what we already have, as long as a new setting is provided? Let me know.