Wake up and make friends with your new companion. 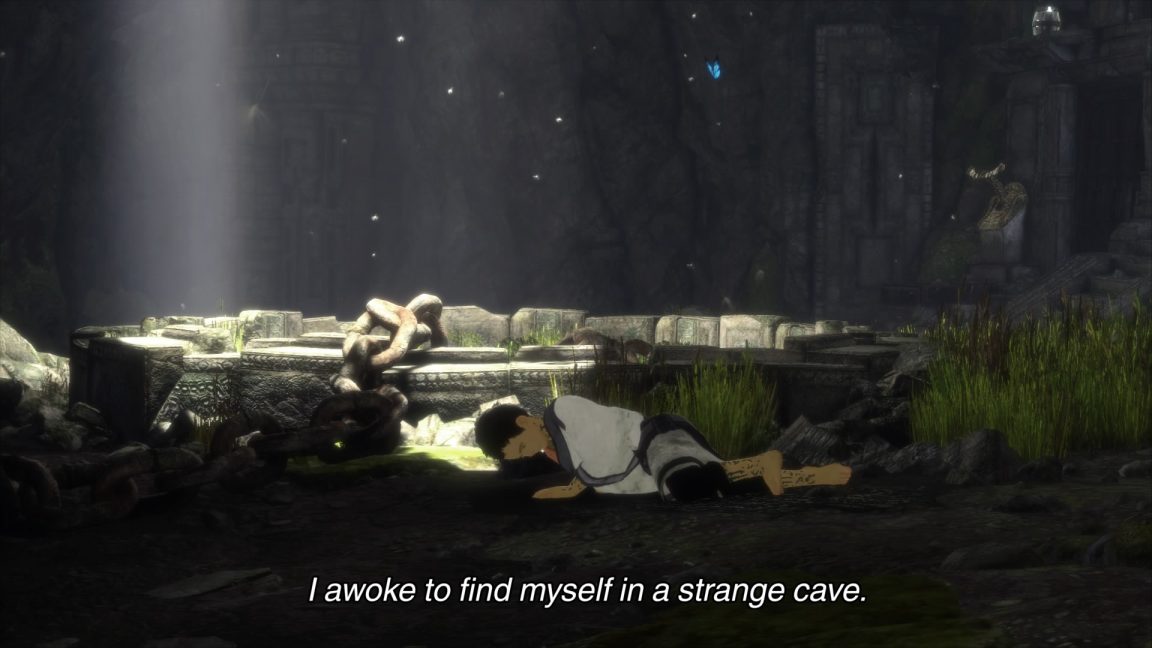 So you wake in a cavern and find you’re not alone. You have a companion. Trico is its name, and it’s going to be your friend and companion to getting out of here and through the game alive. But first you need to make it trust you, because it’s wounded and chained and angry.

Fumble around a bit and get used to the controls for climbing and jumping. Climb the ledges nearby, fall off them, move the camera around. Now you’re comfortable, let’s get to work.

Climb up on Trico’s back leg and remove the spear. It will kick you off and knock you out. 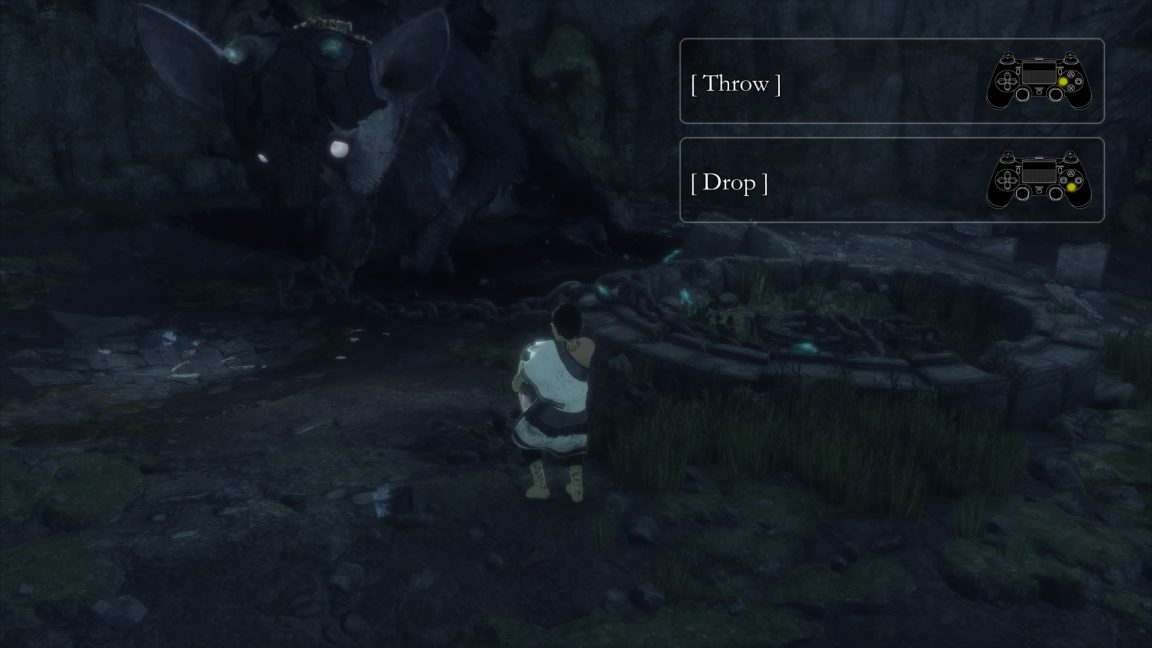 When you awaken, you’ll realise Trico is hungry. Open the gate nearby using the lever, and pick up the barrel. Now take it over to Trico and throw it in its direction. You’ll have to throw it from a distance as it doesn’t trust you just yet and won’t let you walk close. 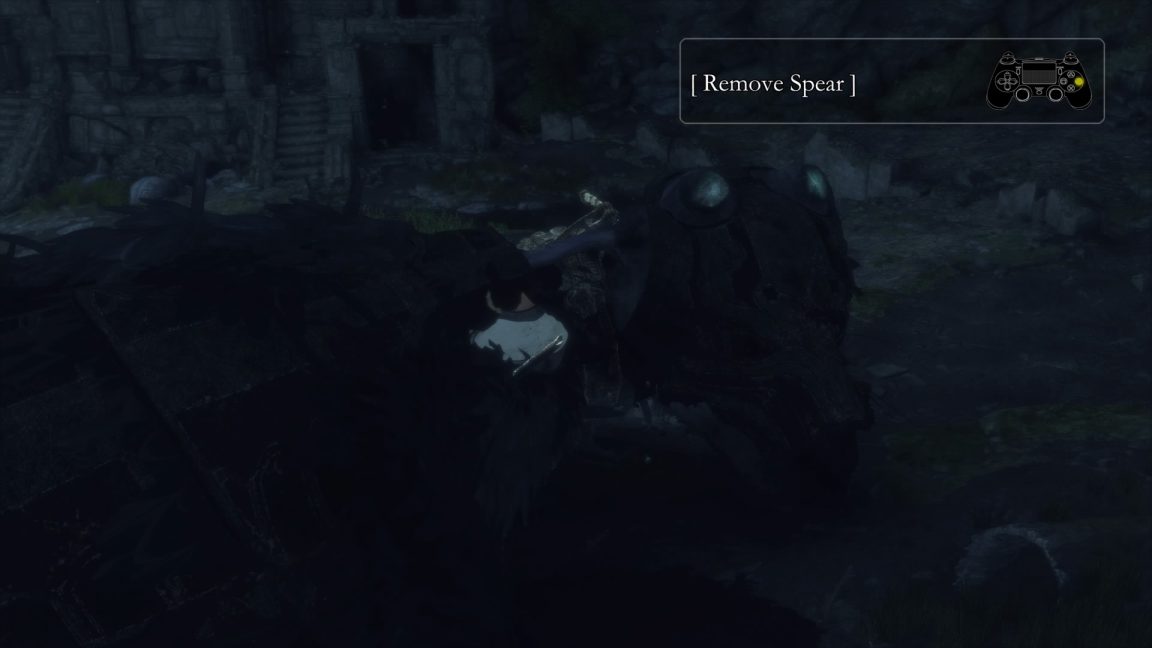 Repeat this with the other two barrels and Trico will perk up a little. You can now approach it. Around the other side of its body you’ll see a spear in its right shoulder. Climb onto it and pull the second spear out. Trico will throw you across the room again, but wake you up with a nuzzle. 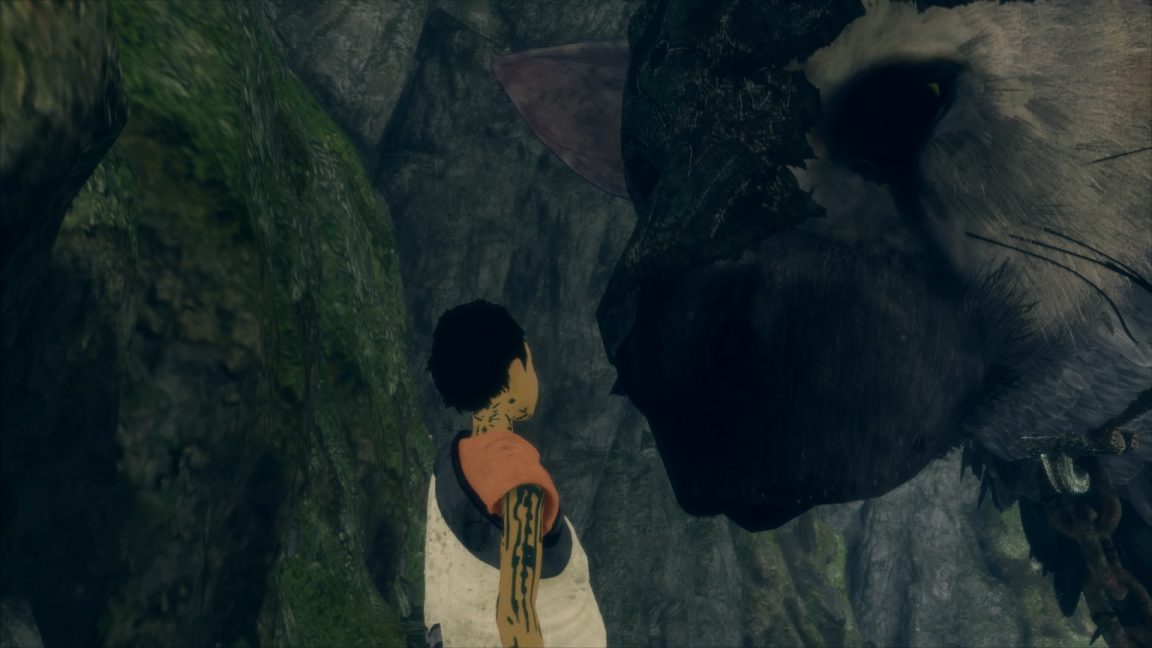 You are now friends, and you can call Trico with the right shoulder button.

Freeing Trico from the chain 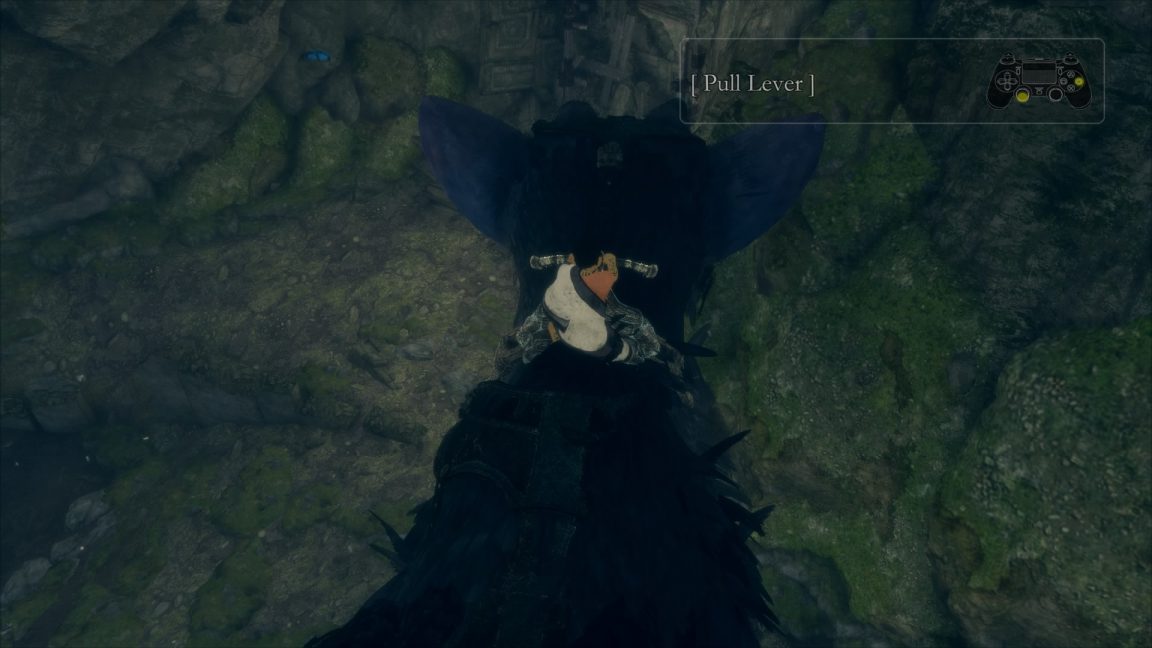 Climb up on its front legs to its neck and pull the chain free. 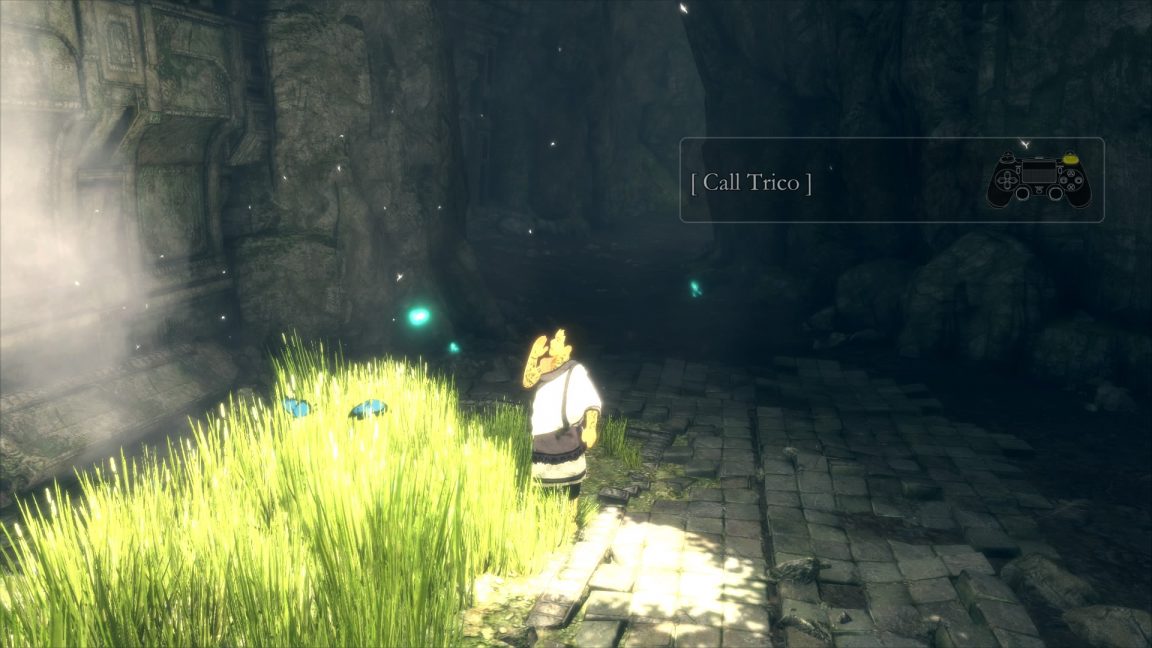 Now walk through the archway into the space with the light and butterflies. Call Trico and it will let you pet it here. 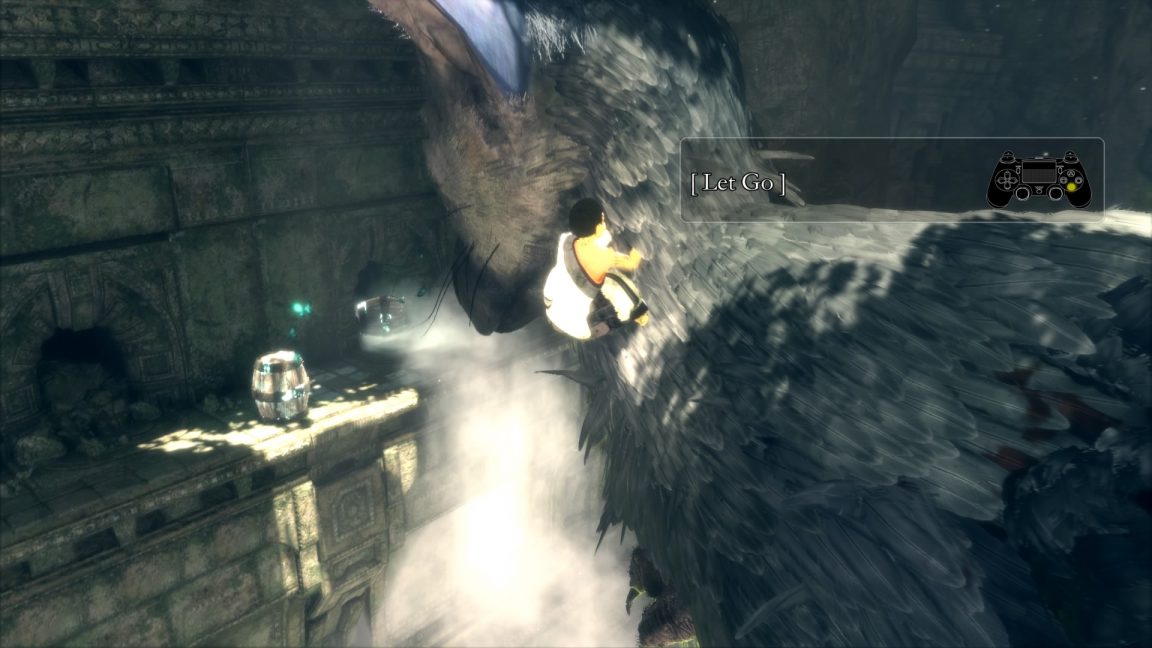 Climb up on Trico again as it sniffs at the barrels on the ledge and jump onto the ledge with the barrel and the drifting mist. Throw the barrels to Trico. 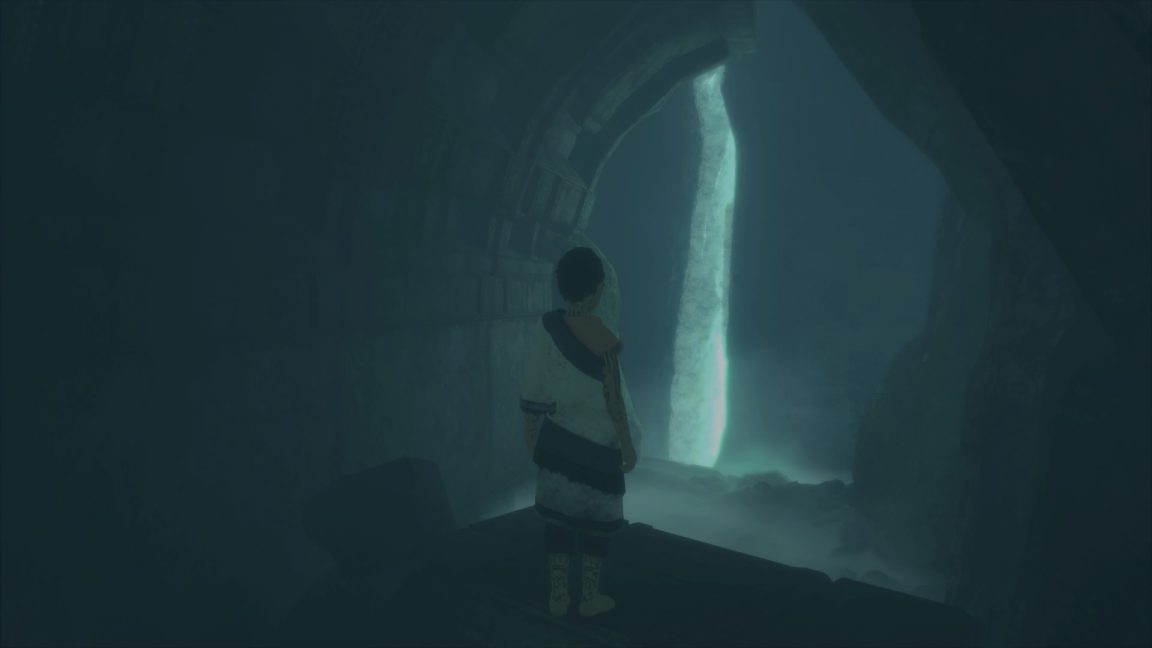 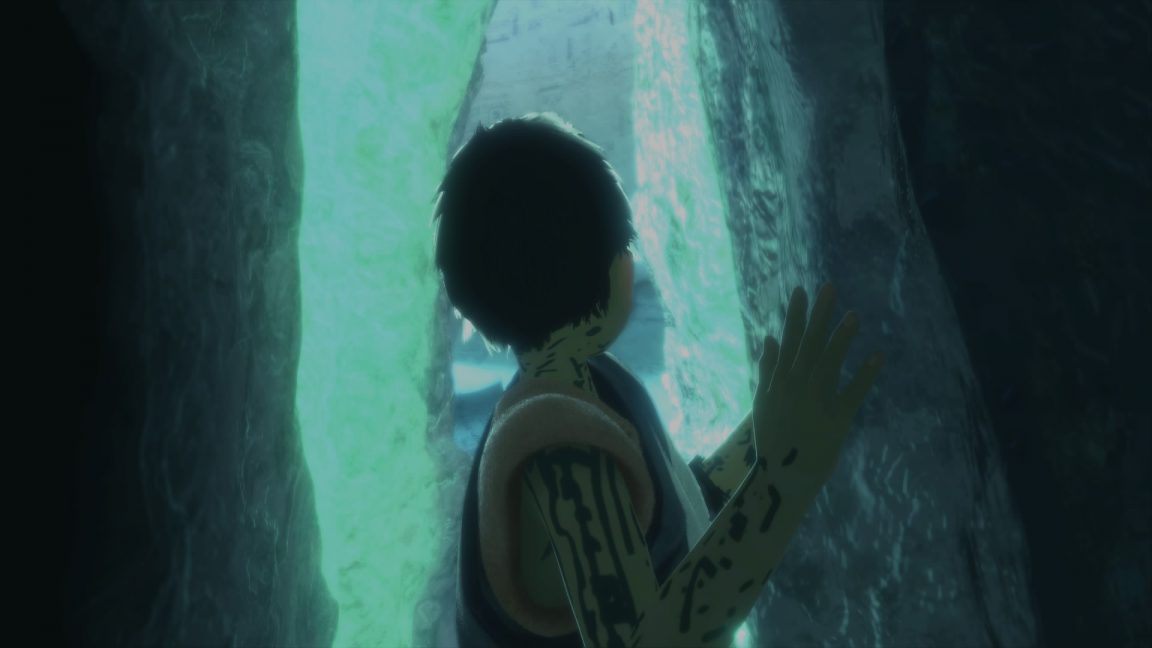 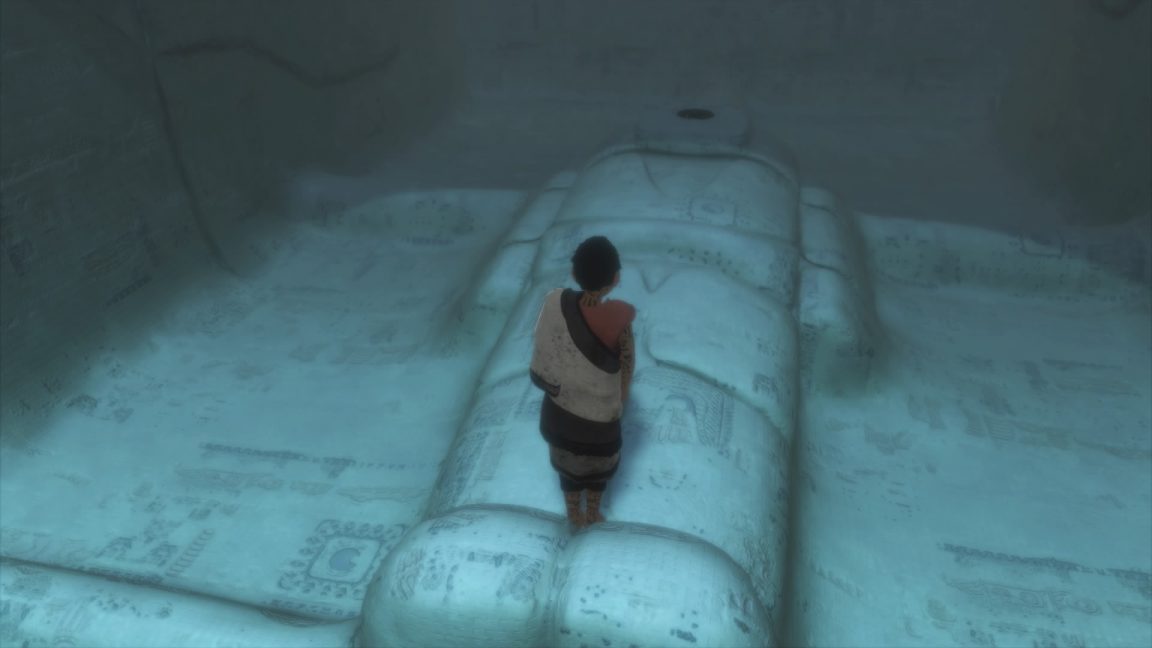 Just to the right is a sarcophagus. Climb onto it and take the mirror. You will need this to direct light so have a little play with it to familiarise yourself. Crawl back to Trico and shine the mirror on a wall to see how Trico reacts to it. That lightning blast is going to come in handy. 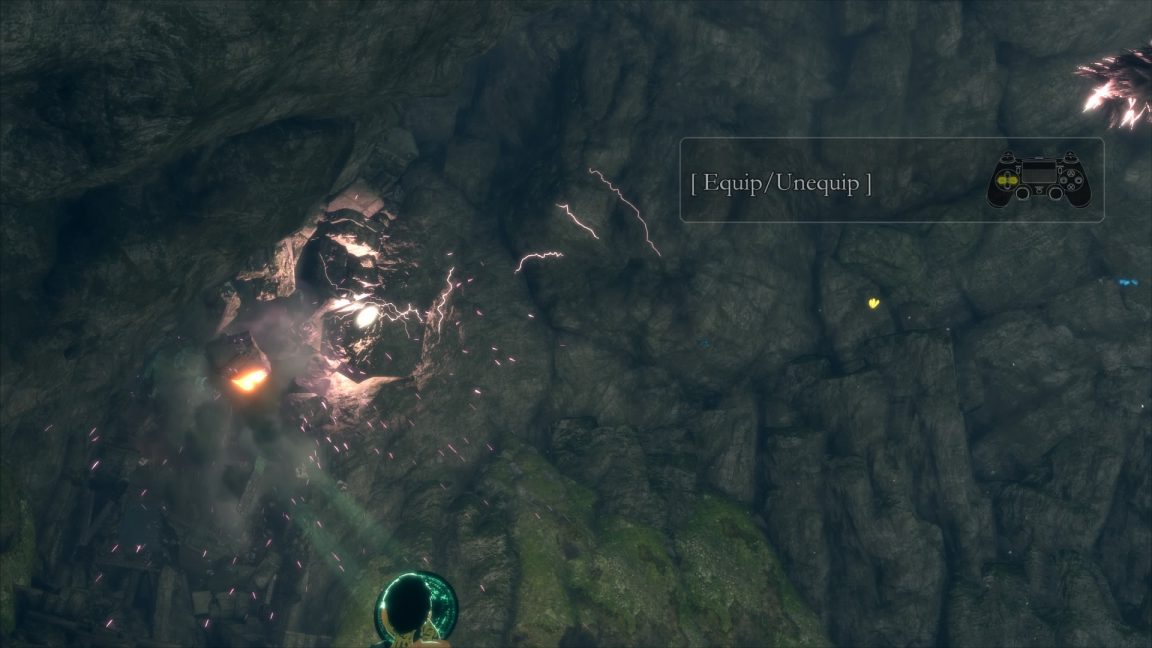 Head back to the main chamber where Trico was chained up and you’ll see a crack in the wall stuffed with debris – to the left of the chain and rock circle. Aim the mirror and Trico will blast through it.

How to escape the cave 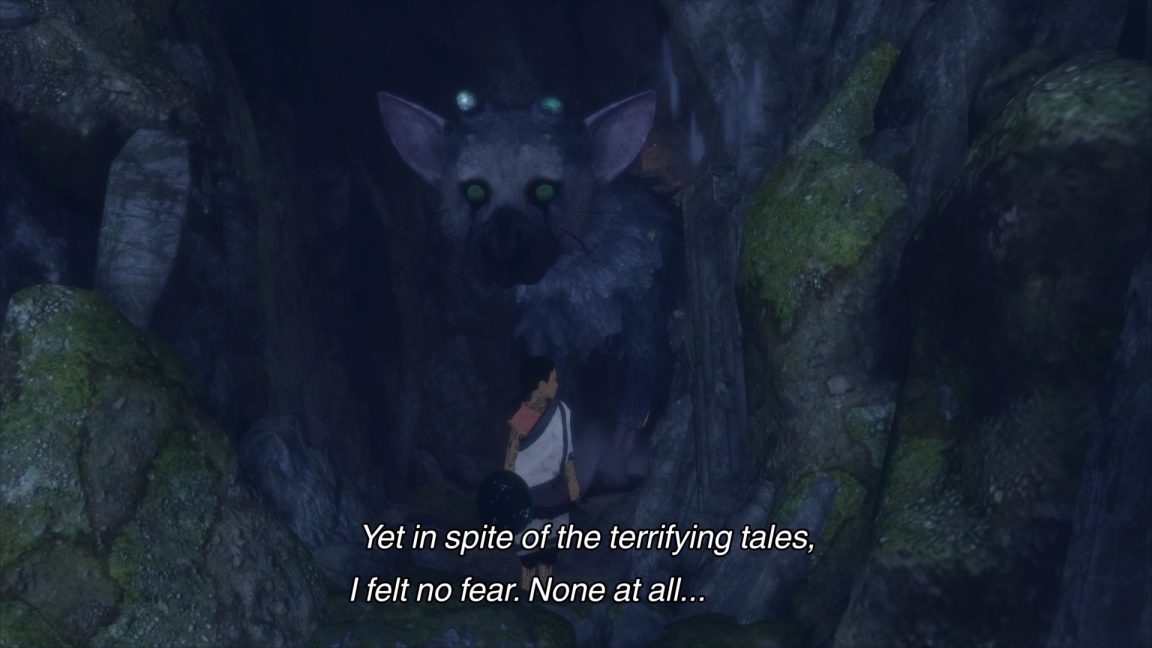 Follow the path along the ledge (mind the large pots) and Trico will follow you into the next chamber with a pool and waterfall. 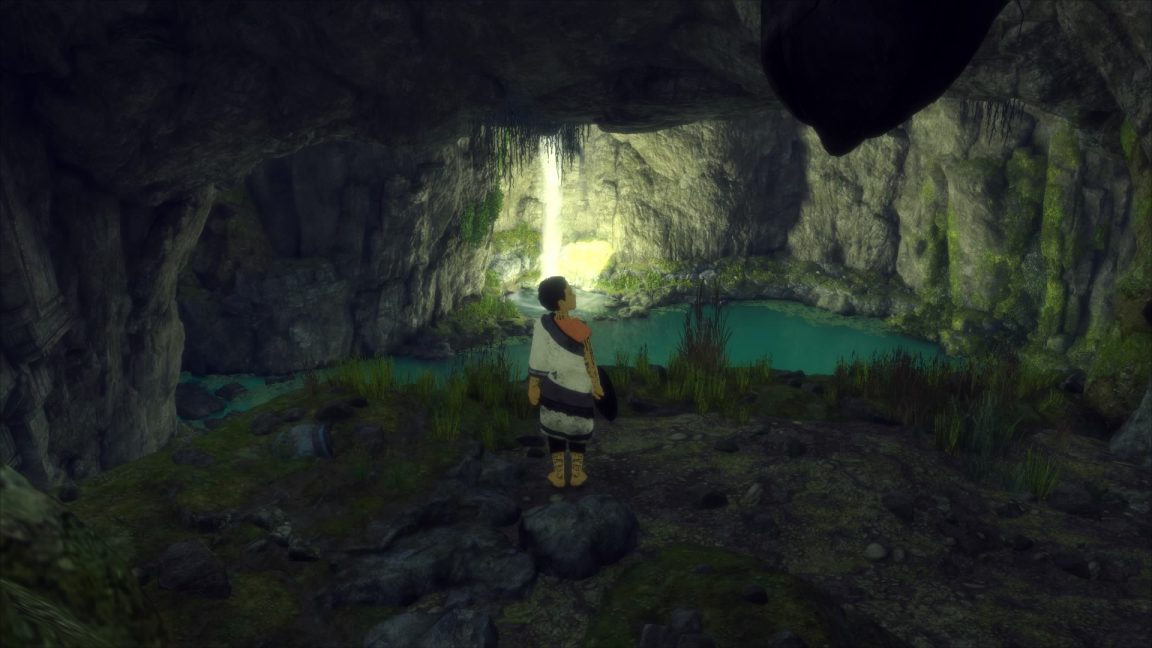 Just to your left is a gap boarded up with wood. 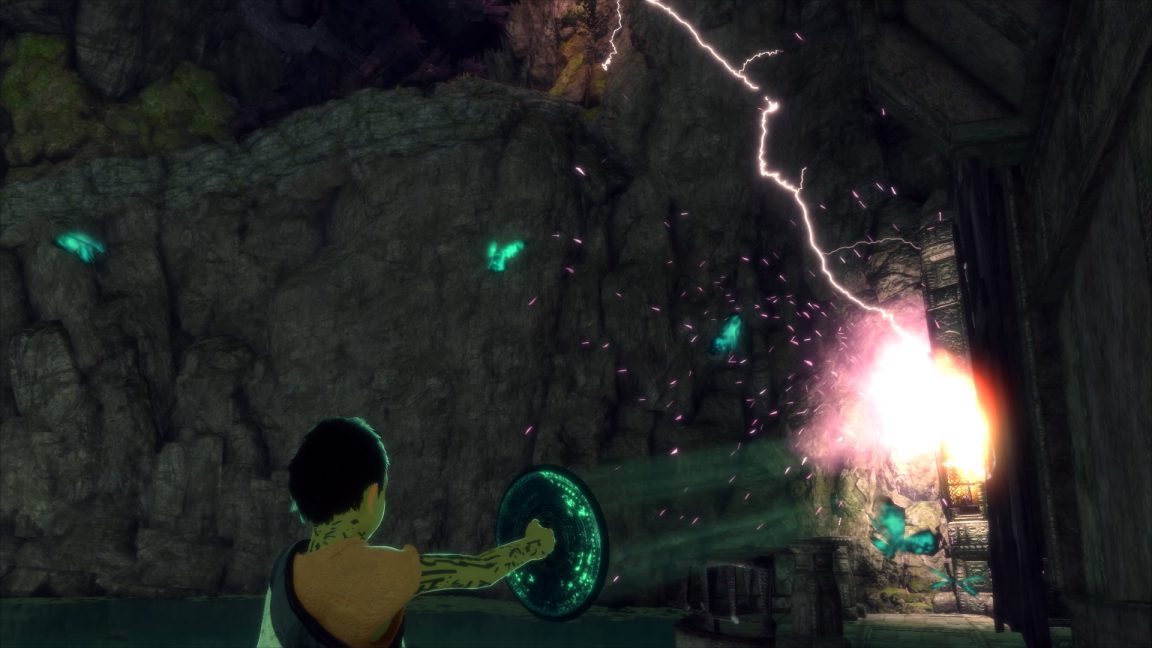 Shine the mirror so Trico blasts the wood with the lightning, then jump into the pool, into the area behind the wood and climb the chain. Up here you can push a crate of barrels onto the floor below. Now pick them up and throw into the pool to entice Trico down from the ledge and into the water.

To the left of the waterfall is a path, but you can’t climb up the ledge, it’s too high. Jump onto Trico and it will jump up the ledge by itself. If it does it without you, you’ll need to call it back to your position before climbing on board. 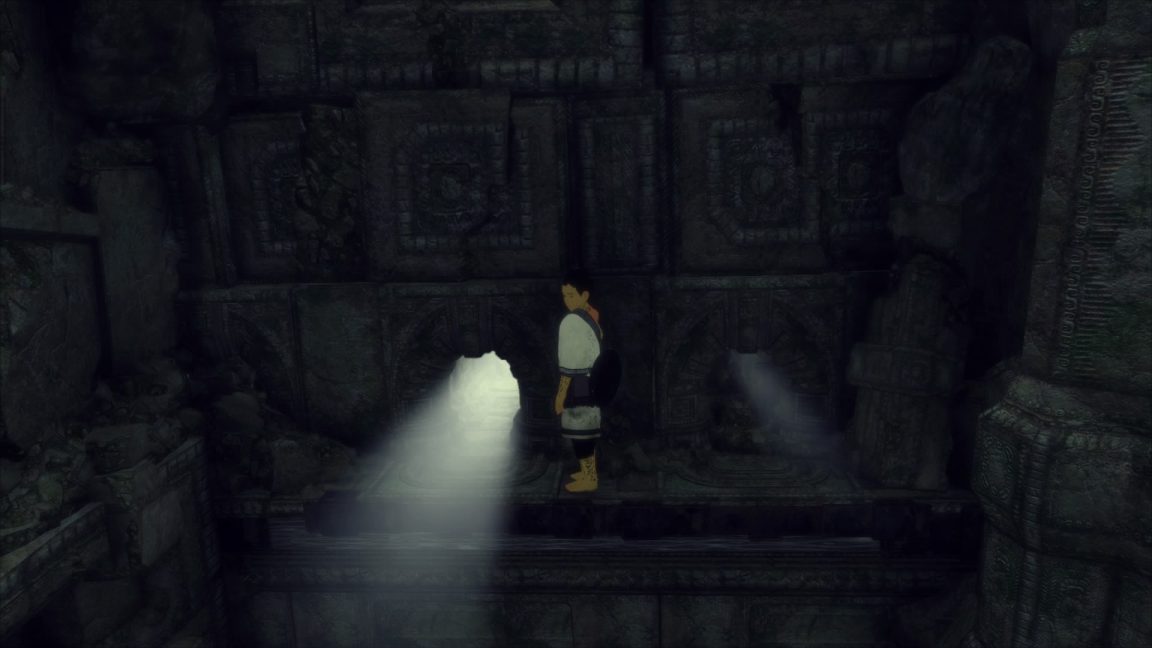 At the end of this short tunnel is a ledge with two beams of light streaming holes in the wall. Crawl through and let Trico follow in his own way. You have escaped the first cave. 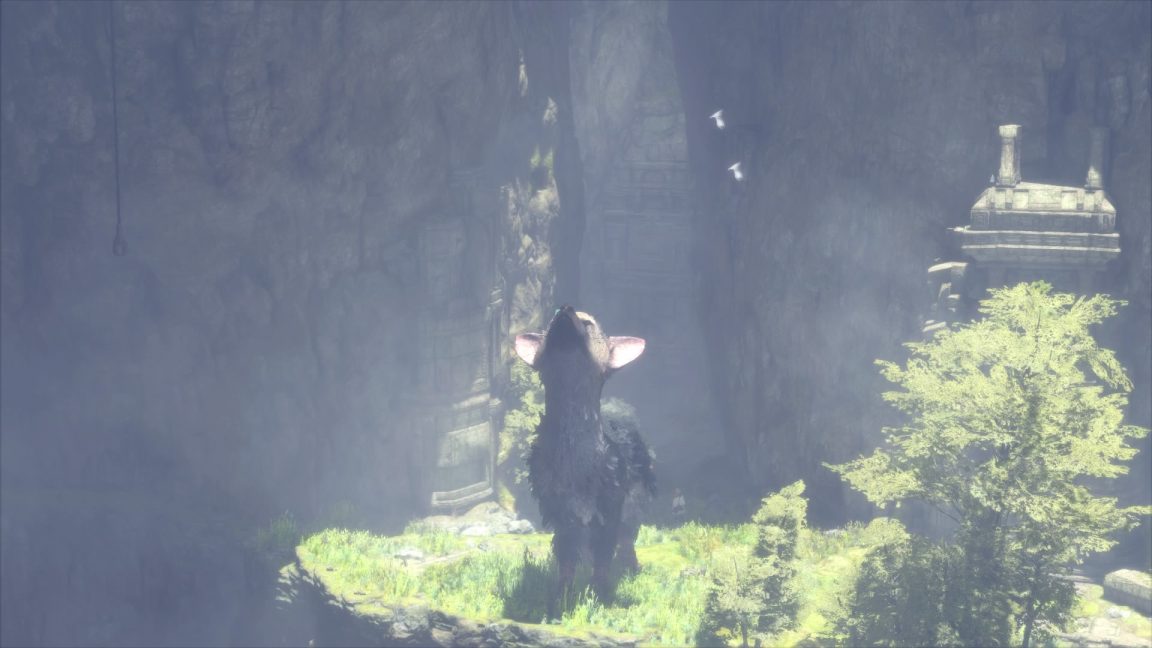 Next: Part 2: through the first chamber, trapped Trico, mineshaft and into the forest