The PlayStation 4 Pro patch isn’t the only big Uncharted 4 news this week. 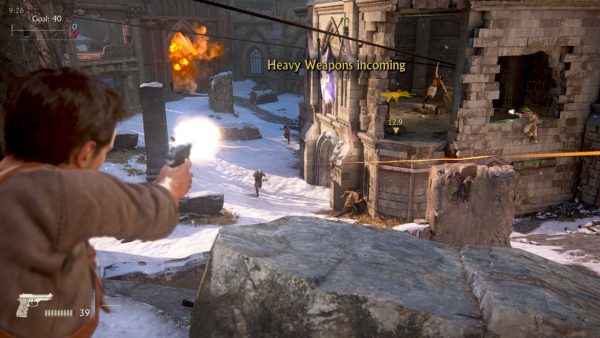 But that’s on the single-player side of things. On the multiplayer end, things are equally exciting. In a development update, the studio announced a new stripped-down mode coming to the game’s multiplayer.

Called Classic Mode, it’s as close as you can get to Uncharted 2’s version of multiplayer. What this means is you won’t see any of the usual Uncharted 4 additions like Mysticals and Sidekicks. There’s also no in-match store, or radar.

There’s greater focus on map awareness and weapon pick-ups, since heavy weapons will spawn around the map. This mode is available in a limited-time beta playlist, now and throughout the weekend

Naughty Dog did not say when Classic will become a permanent addition, but it asked fans to provide feedback on this week’s beta.