No one seems to figure out why is it that Forza Horizon 3 can’t hold a steady 60fps on PC, even with very capable hardware. 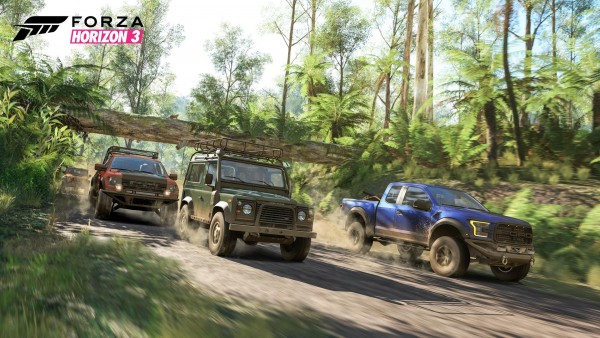 The PC version of Forza Horizon 3 has been in the hands of players and members of the press since last week, but many are having trouble getting it to a locked 60 frames-per-second.

NeoGAF forums are filed with Ultimate Edition owners who have no idea why their very capable rigs just can’t get a solid 60fps. Drops in Surfer’s Paradise are among the most cited issues. However, the biggest problems of them all is the constant stuttering and micro-stuttering Horizon 3 seems to have for the vast majority of players.

Digital Foundry dug in a little deeper to see if there are certain settings responsible for these stutters, and if there’s anything that can be done about it.

After some testing, the site managed to get the game running at locked 60fps on 4K using a Titan X and an overclocked i7 6700K. Dropping the resolution to 1080p, using the same settings but with a GTX 1060, results in worse results. The game appears to run better at 4K than it does at 1080p, bearing in mind each GPU’s capabilities.

When swapping the Titan X back into the setup, and keeping the resolution to 1080p with added 4x MSAA, the performance misses the 60fps lock constantly. Digital Foundry believes AA is the culprit here, and anyone looking to maintain 60fps should definitely turn it off for the time being.

Even with no AA, a GTX 970 falls far shorter than the 60fps target, even when the GTX 1060 can manage it. The GTX 970 performance in particular is puzzling, and it’s even more disappointing when you consider how popular the card is.

Outside of dropping AA altogether, Digital Foundry also lowered a couple of settings such as shadow quality, reflections, windshield reflections, and others. It’s a bit of a downgrade from the Xbox One preset, but then again you’re shooting for double the frame-rate.

CPU-wise, many of the older – and even new i5 processors – are not doing well, with only an overclocked i7 able to have a relatively stutter-free experience, regardless of revolution.

Locking it to 30fps is naturally a lot more manageable, and you’ll obviously be able to take AA and the rest of the settings all the way.