EVE Online will be updated with a new feature called Clone States that’ll allow players to enjoy the game for free. 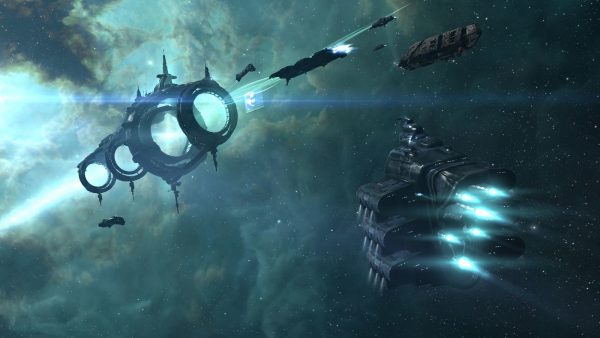 EVE Online developer CCP has announced plans for a major feature, currently in development, that will make the game available to play for free for the first time ever.

Paying a monthly subscription has been the only way to play EVE for the 13 years since it was first released, but paying monthly has also been the number one reason why players cancel, according to the developer.

Enter Clone States, a feature due out this November in a big expansion that will get rid of trials accounts and allow for a more open EVE for all players, old and new. After the update, all characters will be divided into two Clone States, Omega and and Alpha.

Omega Clones will work similarly to the current characters, with unlimited access to skill progressions and rapid skill training. Alpha Clones, on the other hands, are able to train and use a specific set of skills to some of the available ships into battle, such as the Tech frigates, destroyers, and cruisers. Alpha Clones will become the new base state for all characters and progress at a slower rate.

Alpha Clones also have access to trading, industry, and exploration skills, without any limits on the game’s universe itself, or the need for Alpha-only instances. In order to gain access to Omega States, you’ll need an active subscription. If that subscription ever runs out, characters will be reverted back to the Alpha State.

CCP is aware that opening the floodgates could be bad news for the game’s player-driven economy, which is why the November expansion will also make some changes to sandbox gameplay.

In the video below, executive producer Andie Norgren explains the studio’s intention behind the move, and how it’s going to work with the community from now until launch to make sure this update strikes the right balance between welcoming new players, and not upsetting the game’s loyal following.

You can also read more details about Clone States in this blog post, which contains even more specifics.

More details will be revealed as we get closer to launch. This year’s EVE Vegas in October will also be a good opportunity for players and developers to chat about this big change.