Live out Star Wars fantasies in virtual reality, for free, from today. 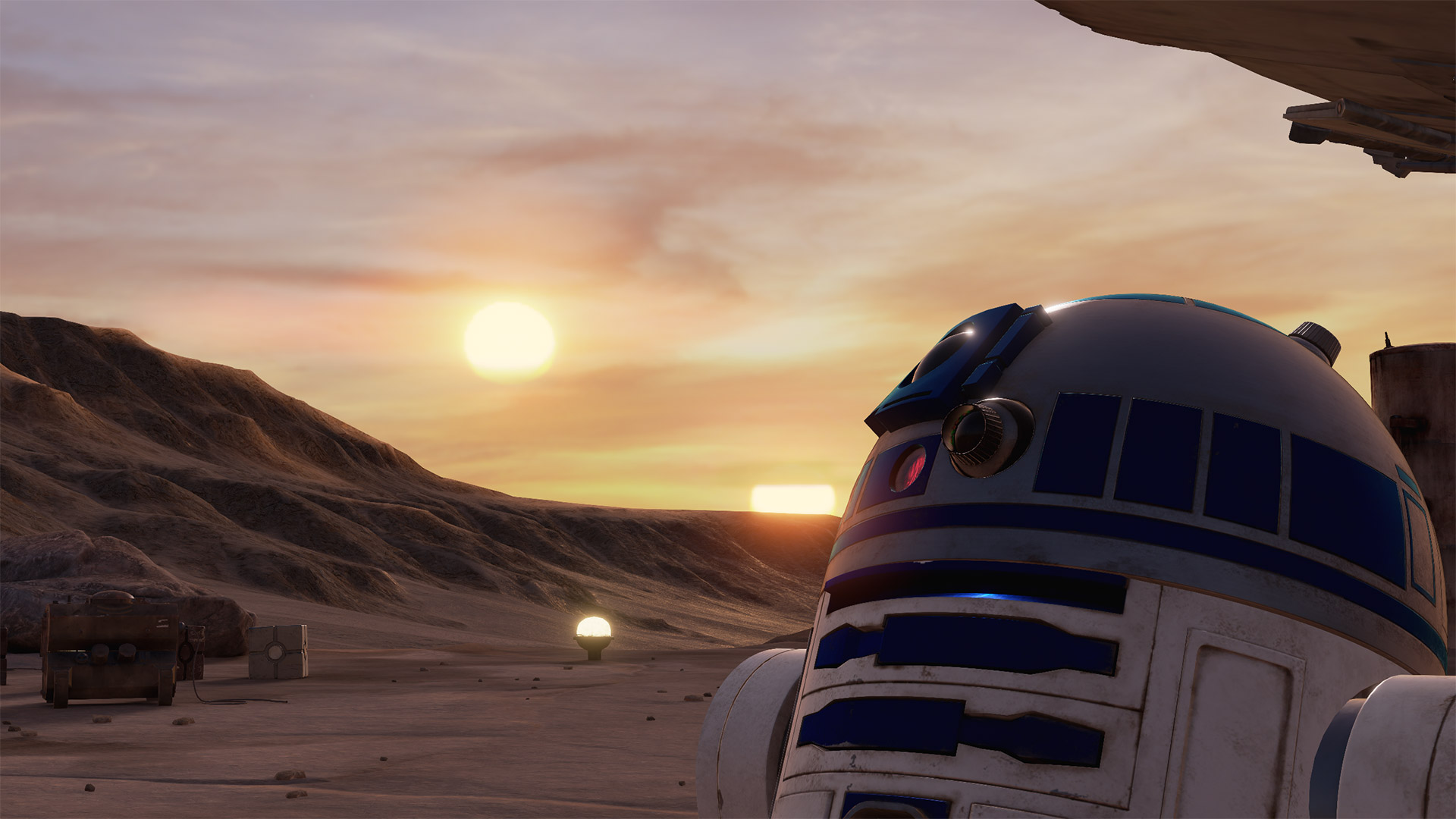 Star Wars: Trials on Tatooine is a cinematic virtual reality experience from Industrial Light and Magic, the studio behind the Star Wars movies’ special effects.

The project was unveiled at GDC 2016 and initially described as an experiment, surfacing mostly via the leaked Star Wars: Trials on Tatooine trailer. It was confirmed for public release at the Star Wars Experience this weekend, where attendees have been able to try it out for themselves.

Everyone with a Vive is getting a go now though; HTC has announced the VR experience is releasing for Vive on July 18 – for free. You’ll be able to grab Star Wars: Trials on Tatooine on Steam later today, presumably sometime after midnight PT.

“Developed under the guidance of Rob Bredow, Lucasfilm’s chief technology officer, and co-written by Bredow and Star Wars canon-keeper Pablo Hidalgo, Trials on Tatooine allows you to truly step into the Star Wars universe for the first time. Now anyone with a Vive can pick up a lightsaber and help defend a galaxy far, far away.”

According to Polygon, with this one under its belt Lucasfilm feels confident moving forward with VR as a storytelling medium. As a result, the studio has announced a canonical Darth Vader narrative experience, penned by Batman v Superman: Dawn of Justice writer David Goyer.

Feel free to call the Game Police on these delights while the rest of us geek out and make lightsaber sound effects.