As promised last week, Naughty Dog is releasing the first multiplayer pack today for Uncharted 4. It contains a free map, Ranked Team Deathmatch revamps and other pieces of lovely content.

The studio revealed the contents yesterday during a livestream, and today we have a list of features and content you can expect, thanks to the EU PS Blog.

With update 1.08, or Lost Treasure if you will, Naughty Dog is addressing some of the major issues and has applied some significant gameplay tuning.

The update is over 1.3GB in size so make sure you have enough space on your PS4.

With that out of the way, let’s dive into the content.

Sunken Ruins map: All DLC maps are free including this one. Some of the areas are similar to locations in the single-player campaign. It is a “small, fast-paced map with tight fronts” and some hidden water flank routes added for good measure.

Players can now purchase DLC Gameplay Chests with Relics. These chests contain DLC items such as the P90 Long Gun or the Path of Indra Mystical. The latter allows the player to teleport over to their teammates. These chests will never contain duplicate items which the player has already unlocked.

Path of Indra: Teleport to any ally.

Vanity Items: There is a new skin for each character and some have Pirate and Military themes. 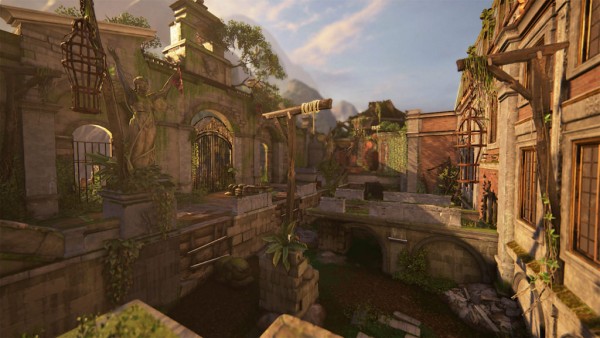 The new system has 70 levels and each will award players with various items which range from Relics to Chests. For every five levels an exclusive vanity item will be earned. These cannot be acquired through normal gameplay, so start leveling.

The studio has revamped Ranked Team Deathmatch Mode which will now occur over the course of Seasons. Season One starts with today’s drop, and will last 60 days – ending on August 20. As previously outlined, a break will occur before the next Season starts. This will give the devs time to make any needed changes or add updates.

When hitting Gold, Platinum or Diamond, players will be handed an exclusive vanity item tied to Ranked Team Deathmatch and the Season. Players will need to reach the needed Rank to acquire the reward. There may not be a second chance, so be sure to work on earning the level-specific reward.

The team has also made it easier to understand how rank is awarded or taken, and removed the restrictions for parties. A forfeit option has also been introduced along with the new Master Rank. More information on the rank system is posted on the Uncharted website.

Players who purchased the Triple Pack, Multiplayer Pack 1 is available today. The items can be found in the customization and loadout menus.

Here’s what it contains: 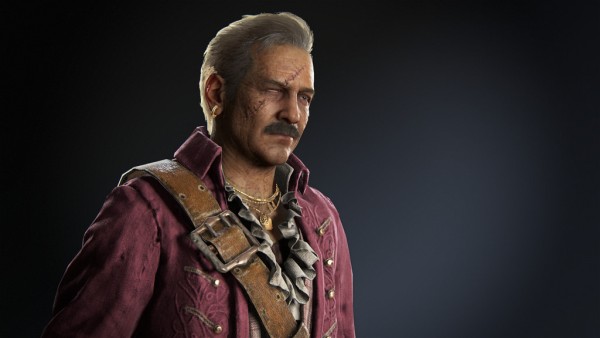 Starting today, the team will be replacing the Triple Pack with the Explorer Pack as it contains more choices on which items a player may prefer. The studio will honor and continue to hand-pick content included in the Triple Pack for those who already purchased it or those who plan on purchasing the Digital Deluxe version.

The Explorer Pack will include: the future single-player DLC pack and 3,200 Uncharted Points.

The full list of changes included in the multiplayer patch will be posted on the live updates page, but the list doesn’t seem to be up just yet – as of press time.

Until the patch notes are live, here’s a taste of improvements included in the 1.08 update:

Uncharted 4 was released for PS4 on May 10 and since launch, 1.8 million people have jumped into multiplayer with a combined 54 years of matches.