The Witcher 3’s Geralt may be a beast when it comes to slaying monsters, but sadly, he doesn’t appear to be one in the sack. 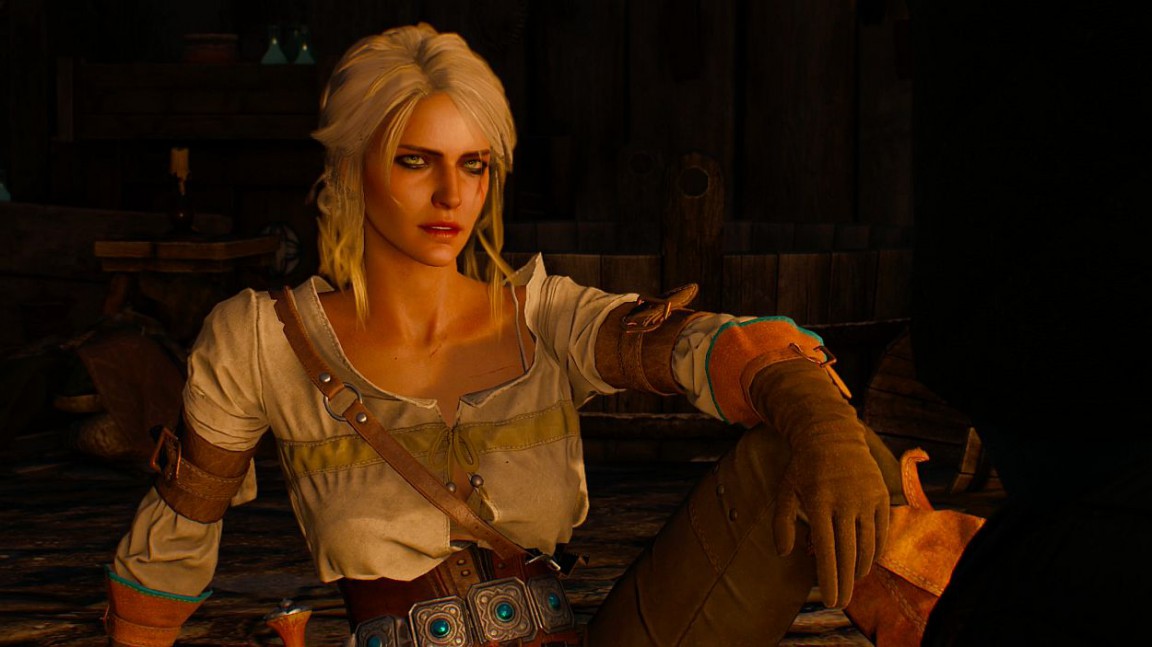 Rumors of her “father’s” inept performance elicited a look of derision from Ciri.

Not that we should expect anything overtly explicit or dalliances featuring every sexual position imaginable, but with 16 hours of sex scene mo-cap data, I was sure as hell expecting more than two positions: missionary and cowgirl. The kinkiest it gets is when Geralt and Yennifer copulate on that dusty, stuffed unicorn.

In that scene, for a millisecond, Geralt appears to be impersonating Stalin before Yennifer distracts him with conversation. Distraction be damned! Concentrate you fool. You have a long way to go, so get back to work.

Gerlalt’s cunning linguistics during sexy unicorn fun time aside, I must stress that -again – no one should be expecting anything pornographic in the game (leave that up to the modding community); however, if you’re going to go to the trouble of creating sexy bits in a mature video game, add more moves to the man’s repertoire.

It’s Geralt for crying out loud. He isn’t wishy washy in battle, so he shouldn’t be in the bedroom either goddammit. Have him mix it up a little, barring a German Knuckle Cake, obviously. Instead, give us a bit of the angry nightwatchman, or a riding crop.

Calming down a bit here, it probably had something to do with PEGI or the ESRB, as I am sure doing the half leap-frog is frowned upon by various ratings boards, so I can’t really fault CD Projekt RED too much. However, as will see in the video below from Eurogamer’s video producer Aoife Wilson, it’s the same scene over and over again barring very few tweaks. The only ass-slap performed was on a boxer clad Witcher, and the ladies all wear the same patterned lingerie which they probably grabbed off the sale rack at Victoria’s Secret.

Maybe a Director’s Cut will be released by CDP in the future on PC, as with the first Witcher game. If so, hopefully, Geralt will have learned a thing or two by then because at this point in his life, he should be a bit more creative when driving instead of parallel parking all the time. Sheesh.

Anyway, The Witcher 3 is out now. Go buy it.

Disclaimer: This post was meant to be a humorous write up for the video posted below. I apologize, as I am not funny in the slightest and never will be. I was not knocking The Witcher 3 in any way, shape, or form. I have yet to play the game, so any imputation sex with Geralt is completely dreadful was unintentional and without basis in fact. I regret any distress my comments may have caused to CDP, their families, Yennifer, Triss and any other lady who graced his bed in the game. I also hereby undertake never to repeat such slander pertaining to Geralt’s sexual prowess at any time in the future.