The next update for Final Fantasy 14: A Realm Reborn releases next week, and included in patch 2.51 is the Manderville Gold Saucer.

Players of the MMO will earn and spend in-game Saucer Points in the update through Chocobo Racing, raising and covering (a.k.a. breeding); the Triple Triad; the Mini and Jumbo Cactpot, and more.

Chocobo Racing/Chocobo Raising & Covering: Saddle up atop a majestic bird and go roaring down the turf to be crowned the fleetest in all of Eorzea. Chocobo racing, or “the sport of sultans”, as some have taken to calling it, is an experience like none other. Even the best bird has its limits, so what’s a trainer to do when their chocobo reaches theirs? Arrange a “covering”, a union between two retired veterans to produce fledglings of a higher pedigree.

Triple Triad: You and an opponent are locked in single combat – the five cards in your hand your sole weapon and your wits alone will help guide you to victory or defeat.

Cactpot: The Cactpot comes in two varieties, Mini and Jumbo. Both involve the simple act of purchasing a ticket, which has the potential to yield a fortune of MGP. With the potential to be highly lucrative, adventurers are encouraged to enter early and often.

Mini Attractions: In addition to chocobo racing and Triple Triad, the Gold Saucer hosts several minigames for your entertainment. Simple yet captivating, you can never have too much time to enjoy these mini-attractions.

G.A.T.E.: While enjoying the sights and sounds of the Gold Saucer, adventurers may happen upon audience-participatory events known as Gold Saucer Active Time Events, or GATEs. 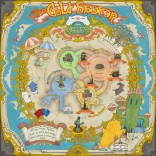