Inside was worth every second of the six year wait. Don't waste any more time thinking about it: start running. No spoilers. 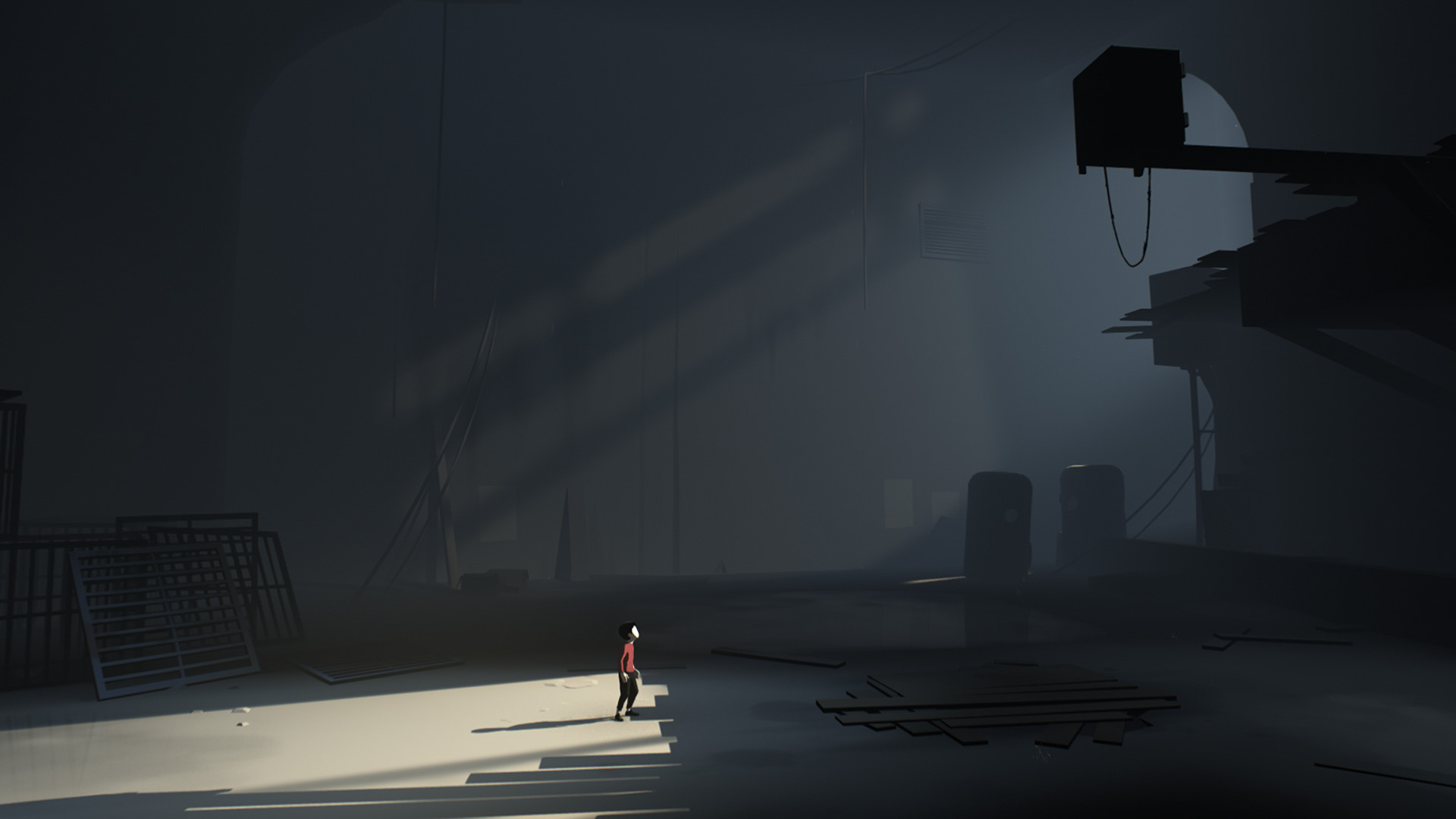 Inside is only the second game from Danish indie Playdead, releasing almost exactly six years after debut Limbo. It's not a long game. It's not a hugely complicated game. It took six years to make because it is about as close to perfect as a video game could ever be.

Available for PC or Xbox One, digitally, for $20.

I aware I'm a couple of weeks off trend here, but holy shit: this is a supernaturally polished game. This is the first time in my career I have really wanted to slap a score on something. The love Playdead has poured into this thing is apparent in every perfectly expressive animation; in the clanking of a chain and a gasp of fear; in the rising, pounding tension of the minimal music; in the flowing platforming.

Let's talk about that last one for a minute, because the platforming part of puzzle platformers is so often a let down, and in this case it is not. One of my major gripes with this genre is that it takes a few seconds to figure out the convoluted solution to a navigation puzzle, but if you can't pull off the precise timing and angles of the jumps you'll hit a wall and be stuck for minutes, hours, days - forever, if you throw the controller down in disgust.

Inside never does that. I don't want to say it's forgiving, but except for a few tricky sections near the end it certainly gives more weight to your intent than your execution. I'm not great at platformers, especially on a keyboard, but whenever I was pointing in the right direction and vaguely on time, I'd nail what I was trying to do with little repetition.

This takes a lot of potential frustration out of the equation and allows the player to relax into the flow of the game - if relax is the right world. The atmosphere in Inside is oppressive and frightening, and the pacing of challenges is very carefully managed to keep you cranking into extremes of tension and hitting checkpoints with a sense of great relief, which rarely lasts long.

The atmosphere is so affecting that a lot is being said about what's going on in Inside's story and setting - which isn't surprising in a medium where we've rarely managed anything that doesn't boil down to "your princess is in another castle" spread over the 30 hours of content a producer has decided must intervene between problem and resolution. Inside has none of that; it's short, but there's not a moment to spare. Every second is pure quality, with zero filler - it's a prime steak in a world of cheap instant noodle diets.

Inside is about as close to perfect as a video game could ever be. This is a supernaturally polished game.

That said, it bothers me a little that so much is being made of the open-to-interpretation story and what it all means - not because it's not great, but because it distracts from some of the other praise-worthy aspects, namely the flow and tension I mentioned earlier. What Inside is really about is what all puzzle platformers are about, and that is moving from left to right, no matter what attempts to prevent you.

I often wonder whether it were ever possible for one of the great conventions of video games to have been reversed; for Mario Bros. to run from right to left. On those few occasions when a sidescroller reverse the direction of flow, it's distinctly uncomfortable; I personally feel like I can't see far enough ahead, somehow.

Is this something to do with the fact that English is read left to right? (Notably, Japanese is also read from left to right when text is presented horizontally; traditionally it runs top to bottom, right to left. What if Shigeru Miyamoto had given us Downwell instead of Mario Bros.?) Or is it just the training of a lifetime of gaming?

Who knows? What we're left with is an almost instinctual urge to cross the screen, and what Inside does so well is provide motivation to do so. The atmosphere is an incredible work of both art and craft; it blends so beautifully with what's happening around you that it feels an intrinsic part of the storytelling, while at the same time feeding into and indeed becoming one of the gameplay systems. It doesn't matter what exactly is happening; you don't need a text log of the last 20 years to understand that you must run.

The atmosphere is an incredible work of both art and craft; it blends so beautifully with what’s happening around you that it feels an intrinsic part of the storytelling, while at the same time feeding into and indeed becoming one of the gameplay systems.

It all works tremendously well and it's hard to come up with anything negative to say about Inside that doesn't apply to the whole puzzle platformer genre - namely that the puzzles only have one solution and you can usually get there just by interacting with everything until it sticks. On those few occasions things get a bit more complicated than a single room problem, I sometimes didn't enjoy running from one end of a huge room to the other - but this was pretty rare. That's the end of my complaints and the rest is just whole-hearted recommendation.

When you've allowed the masterfully-communicated urgency to push you through the whole experience once (this will take a few hours at most), you may return to push back against the momentum and poke about in other directions. Doing so holds its own rewards, and a generous (and on PC very fast loading) checkpoint system means it's very easy to go back and check things out after the ending, dipping in and out wherever you fancy, in whatever order, and getting the result you're after.

But I really must stress that you should do this on a second playthrough; you don't want to miss out on the marvellous momentum of Inside. In most games I try to do a "perfect" run on my first go, because who has time for replays? This is not a game you should do that in. Fix your eyes on the prize; run from left to right, and keep running; that's what Inside is all about.