The Division publisher Ubisoft revealed a new trailer at the VGX awards, showcasing the shooter's Snowdrop engine. Now, the studio has published a blog that goes into the tech in greater detail. 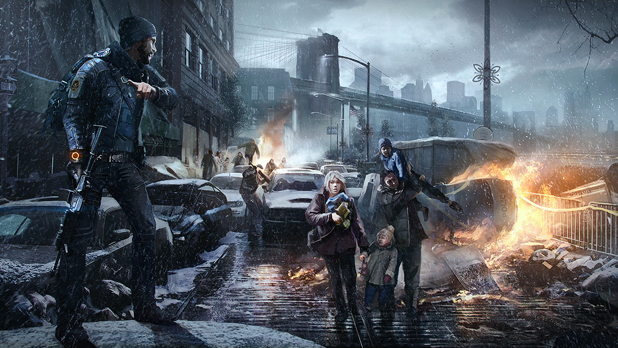 If you missed The Division VGX trailer, just hit the link to watch it.

Ubisoft's blog explains that developer Massive, "is a more intimate studio than its name might suggest, so they needed to build a next-gen engine that would allow the team unprecedented efficiency and flexibility."

An unnamed member of the team said, "We re-evaluated the entire development workflow to refocus on a smarter, rather than bigger, way of doing things."

The engine was developed around three pillars - empowerment, real time and fun. In the end, it's an engine designed to speed up and improve the development process. Said the studio, "Each thing the creators develop need to be instant and in-game, so that they know exactly if it will work, with no baking time. We built Snowdrop in a way so that the game is always playable during development. We conduct frequent playtests at Massive to ensure it’s constantly tested at every stage of production. Not only does this allow us to obtain the best quality possible, this enables us to achieve a high level of coherence within the game.”

The VGX trailer gave a glimpse of The Division's destruction engine, something Massive has said is not pre-baked. It's as dynamic as it comes. “We developed a very visceral and accurate destruction experience using procedural techniques,” Massive added. “The destruction effect is not pre-baked in the game; it reacts differently depending on the physical forces at play.”

In closing, the team continued, "Tom Clancy’s The Division has been designed specifically for and on next-gen, using our 100% next-gen Snowdrop engine. This new generation of consoles has opened many new opportunities to create more immersive and dynamic worlds, and enabled us to create the universe we had envisioned for The Division.”

Are you pumped for The Division? Let us know below.