Valve has said the removal of Steam Machines from the main navigation bar on Steam was part of a "routine cleanup" based on user traffic.

It was noticed earlier this week Valve had removed the Steam Machines category with nary a word on the matter. This promoted many to believe the systems had been delisted by the company.

Valve issued a statement regarding the reports, noting the hardware section of the Steam Store is still available, just no longer present on the navigation bar.

In order to access Steam Machine listings on the store, interested parties will need to navigate using a specific link due to the systems being removed from the hardware tab.

"We've noticed that what started out as a routine cleanup of the Steam Store navigation turned into a story about the delisting of Steam Machines," reads the statement. "That section of the Steam Store is still available, but was removed from the main navigation bar based on user traffic.

"Given that this change has sparked a lot of interest, we thought it'd make sense to address some of the points we've seen people take away from it."

Valve acknowledged the Linux-based "Steam Machines aren't exactly flying off the shelves," but wanted to assure everyone it's still "working hard on making Linux operating systems a great place for gaming and applications." 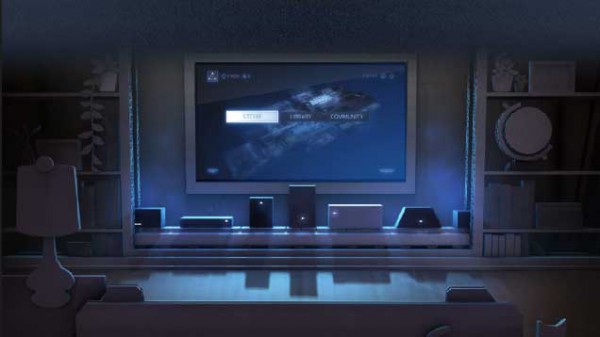 "We think it will ultimately result in a better experience for developers and customers alike, including those not on Steam," said the company. "Through the Steam Machine initiative, we've learned quite a bit about the state of the Linux ecosystem for real-world game developers out there. We've taken a lot of feedback and have been heads-down on addressing the shortcomings we observed.

"An important part of that effort is our ongoing investment in making Vulkan a competitive and well-supported graphics API, as well as making sure it has first-class support on Linux platforms."

Valve recently announced Vulkan availability for macOS and iOS, and started rolling out Steam Shader Pre-Caching, which the company said it will discuss in more detail over the coming months "as the system matures."

It will continue to "invest significant resources in supporting the Vulkan ecosystem, and there are "other Linux initiatives in the pipeline."

SteamOS will also continue to be a "medium to deliver these improvements" to Valve's customers.