Valve has announced a new, Linux-based operating system called SteamOS. It is said to run on any living room hardware. Get the details here. 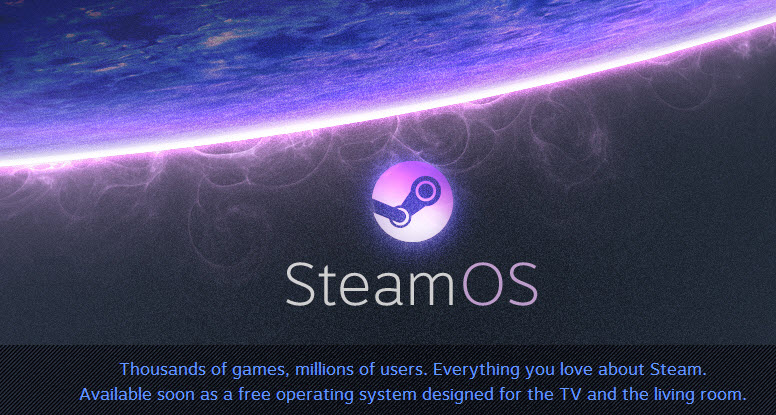 The first of three announcements, Steam OS was revealed here.

A post from Valve reads, "As we’ve been working on bringing Steam to the living room, we’ve come to the conclusion that the environment best suited to delivering value to customers is an operating system built around Steam itself. SteamOS combines the rock-solid architecture of Linux with a gaming experience built for the big screen. It will be available soon as a free stand-alone operating system for living room machines."

The SteamOS page states that users will no longer have to give up their library when switching device, as the operating system is designed to run on "any living room machine." This is possible through cloud streaming that starts with SteamOS and streams content to any living-room device. This applies to both PC and Mac games stored in your Steam library.

Valve's post continues, "In SteamOS, we have achieved significant performance increases in graphics processing, and we’re now targeting audio performance and reductions in input latency at the operating system level. Game developers are already taking advantage of these gains as they target SteamOS for their new releases."

It's not just games however, as Valve is now working with media content providers across music, TV and movies to bring streamed content to SteamOS. It will also support family sharing, where players can take turns sampling the same library and earn their own achievements via family sharing.

It has been labelled a "cooperating system", and a "collaborative many-to-many entertainment platform." Content creators are said to be able to communicate with customers directly using the OS, and in turn users can replace any part of their software or hardware they want.

Valve confirmed that announcements are inbound across the "coming weeks" regarding the hundreds of games already being primed to support SteamOS natively in 2014. The full Steam catalogue of over 3,000 titles can also be streamed from a device - a PC or laptop for example - running the operating system.

Steam Workshop will remain, and in-game chat, clan support, game groups, cloud storage and best of all, it's all free.

The second SteamOS announcement is coming in 47 hours at the time of writing.

The announcement follows Gabe Newell's appearance at Linuxcon 2013, during which he said that these three announcements would be coming. During the event, Newell said Valve was looking to the more open platform of Linux as the future of gaming, as “none of the propriety closed platforms are going to be able to provide,” a grand unification between “mobile, the living room, and the desktop.”

“Next week we’re going to be rolling out more information about how we get there and what are the hardware opportunities that we see for bringing Linux into the living room and potentially pointing further down the road to how we can get it even more unified with mobile,” he said.

Blimey. What do you make of all this then?