PS4 could have anti-piracy measures after all, according to an unearthed patent from Sony. Although the filing was first submitted in August 2011, it has now gone live, and suggests that PS4 could measure a game's load time to determine whether or not the game has been acquired illegally.

Darkzero reports that the patented tech would compare the load time of a certified, legal game against that of a pirated version.

The patent also comes with a flow chart that explains every step of the process: 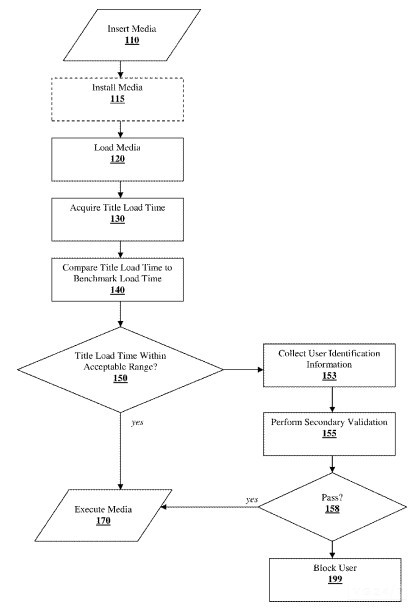 It certainly sounds better than rumoured PS4 NFC tech that was rumoured to combat both piracy and preowned games by locking discs to a single console. Luckily SCEE president Shuhei Yoshida has since stated that PS4 will not block used games.

What do you make of the above rumour?