Back in summer 2012, Sony filed a patent for a tablet device called EyePad. The name police are currently launching an investigation into the guff moniker. 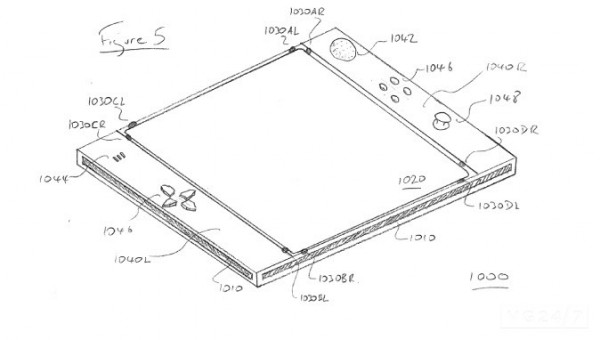 Spotted by Gamechup, the patent calls EyePad,"A panel, tablet or slab-like device", and adds that it's, "An input device for an entertainment device", which suggests it was not conceived as a standalone device, but rather an extension of another console. Could this be a PS4 peripheral?

The device concept was said to include, "One or more motion sensors operable to generate motion data, and a wireless communicator for transmitting the motion data to the entertainment device, wherein an elongate illuminated region extends along some or all of one or more of the side edges.

Name aside, what do you make of the EyePad concept? Would it have a place in tandem with PS4? Let us know below.