It looks like the Year 5 Pass for Rainbow Six Siege is another thing getting changed this year.

Ubisoft has yet to officially announce the Year 5 Pass for Rainbow Six Siege, but its existence is not in any doubt. The pass' content, however, is what has been somewhat of a mystery.

Not any more, thanks to Reddit user ignotusartifex, who dug up the Year 5 Pass content breakdown through the game's files, having recently been added in an update.

The biggest change this time around is that pass holders are getting six instead of eight new operators. The same seven-day exclusivity exists, alongside certain other bonuses like 10% off the in-game store, 5% Renown boost, and 0.3% Alpha Pack boost.

The 600 Rainbow Six Points bonus that used to be part of the pass is no longer there. It's being replaced with a 30% discount on Battle Pass purchase, and a 30% boost to Battle Points - speeding up progression for pass holders. Siege, in case you missed it, is getting a Battle Pass this year on top of everything else. Ubisoft briefly tested the concept in a free pass last year.

The price of the pass is not yet known, so it could indeed also be changed to reflect this new format. While Ubisoft didn't touch on the various bits in this leak, the developer did confirm that Year 5 will only see the release of six, rather than eight, new operators. 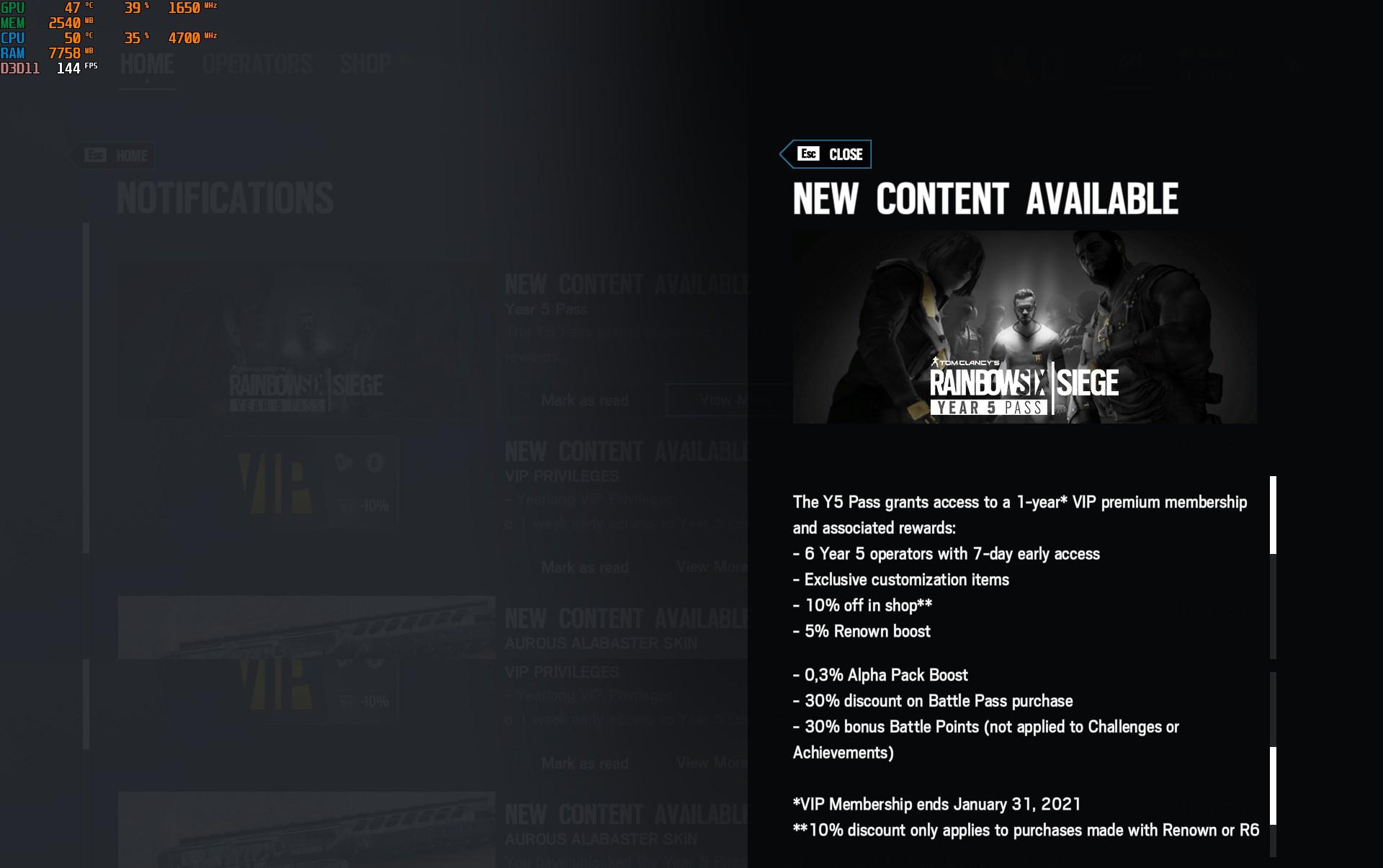 "As our game director, Leroy Athanassoff stated, 'We are investing our resources on building more features and systems that will impact every player in every match,'" they wrote.

"The Year 5 Pass reflects this direction focused on features that benefit all players, not just those playing the newest Operators. It will lead to additional content for all players, such as free events, extensive reworks, and other core gameplay features."

Fanch promised to share more details about the new direction at the Six Invitational in February. This comes a few weeks after Ubisoft announced a change of leadership at the Siege team, with core creators moving on to a new project.