A neat but expensive glimpse of a possible VR future. 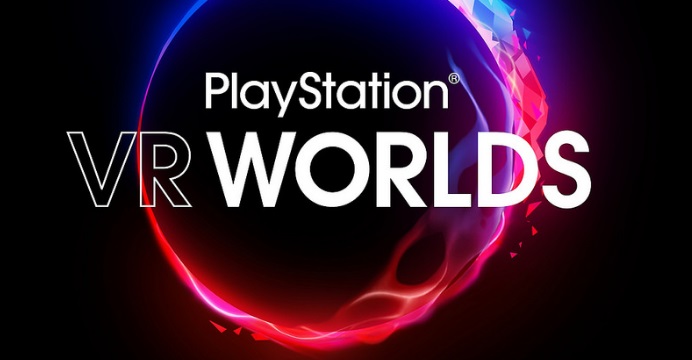 PlayStation VR Worlds is a compilation of experiences and games to show off the potential of virtual reality. It partly succeeds in that mission, but is limited by the fact that these are only short sessions. Just as you're starting to get the feel of VR and what it can do differently to regular games, it comes to an abrupt end.

Although there's an interactive hub world linking all of these, let's look at each game individually. 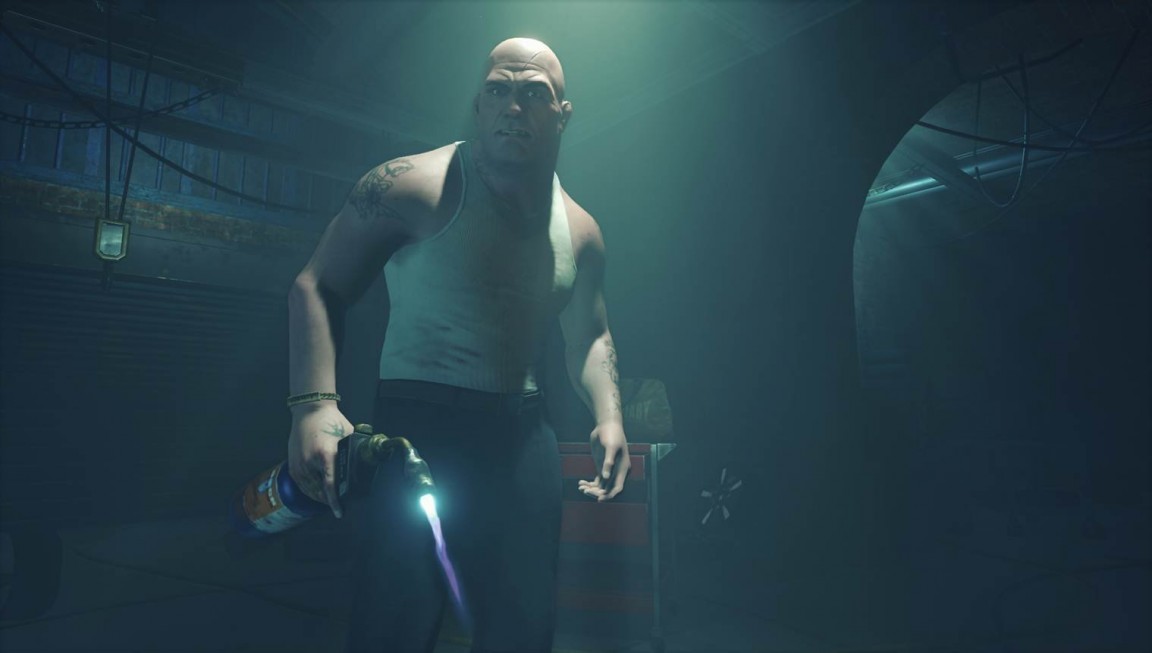 "The warehouse scene is more interesting from a VR perspective although your actions are limited. Your interrogator will comment if you glance at the exit sign, and having some bald thug barking only inches from your face makes for an intense moment."

This is the closest you'll get to a traditional game and it's fun while it lasts, but faaacking hell mate, it's over too soon. You're a geezer, set up to steal from some Russian geezers, but a bunch of other geezers are looking to mug you off. In reality it's a couple of shoot-outs stitched together with a warehouse and pub cutscene where you have minimal interaction.

The shoot-outs are fun while they last. In the first one you're able to duck and weave around a table, taking shots with a pistol. It's accurate because of the laser pointer attached to the barrel, allowing for head and body shots. The second takes place in a moving van, where you can open your door, shoot through windows, pick out tyres and headshots and marvel at how shit the motorbikes look. There are nice touches - you can change the radio station and hear your companion react - but both of these feel like an old-school light-gun shooter. There's a reason why nobody makes those anymore.

The warehouse and pub scenes are more interesting from a VR perspective although your actions are limited. Your interrogator will comment if you glance at the exit sign, and having some bald thug barking only inches from your face makes for an intense moment or two. Being this close to the experience is something VR does really well. It's only slightly undermined by the fact that everyone seems to only be 5 feet tall, but as an advert for what we could expect from Sony's in-house developers in the future, it's a tantalising glimpse of PS4 VR games. 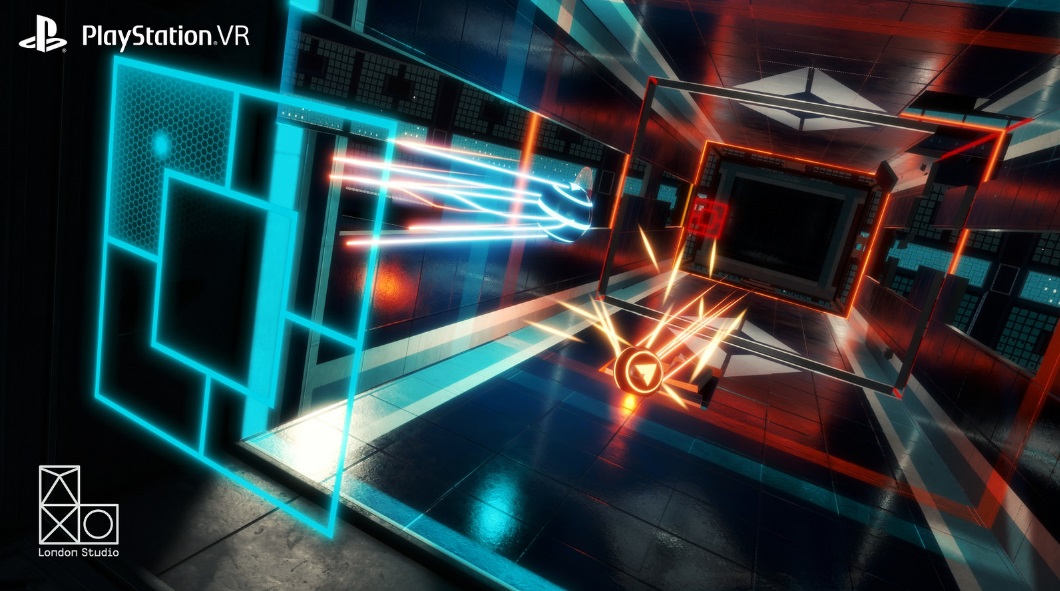 This is basically first-person Pong with your head as the paddle. That sounds ridiculous but it works remarkably well. You only need to tap the ball so won't get a crook neck, and you can put spin on it with the right twitch of the head. Your AI opponents have different abilities, but nothing you can't overcome in a short tournament. You're not going to play it for long, especially as there's no two-player online option, which seems like a massive dropped bollock from Sony. 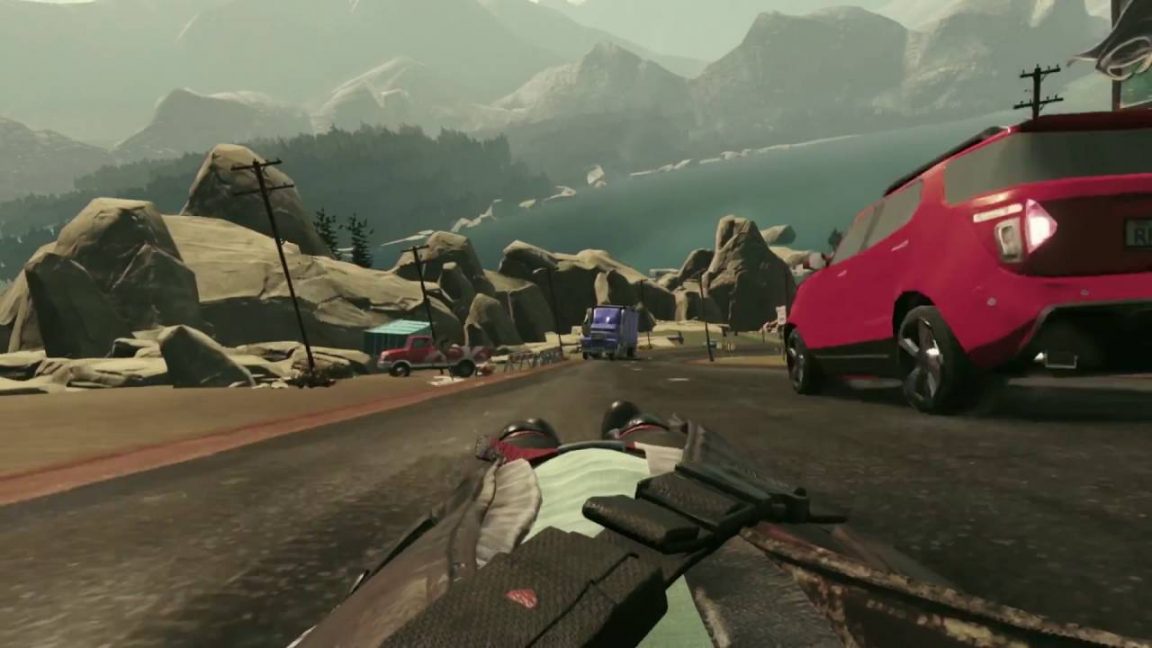 Take control of what looks like a headless corpse and steer it down mountain roads, under oncoming traffic, falling boulders and through the finish line. Again, this is fun, and will give you a little stomach churn as you launch into the air over bumps in the road. It's fast, and can be quite accurate as you steer using your head. Concentrate and you'll get a rush sliding underneath vehicles and around blind bends.

But hit the edge of the track and there's a jarring and instant reset that takes control away for a split second long enough to spoil the illusion of speed and danger. With only a few variations on the same course, there's not enough here to keep you coming back, although there's admittedly fun in shaving seconds off your time if you're a speed freak. 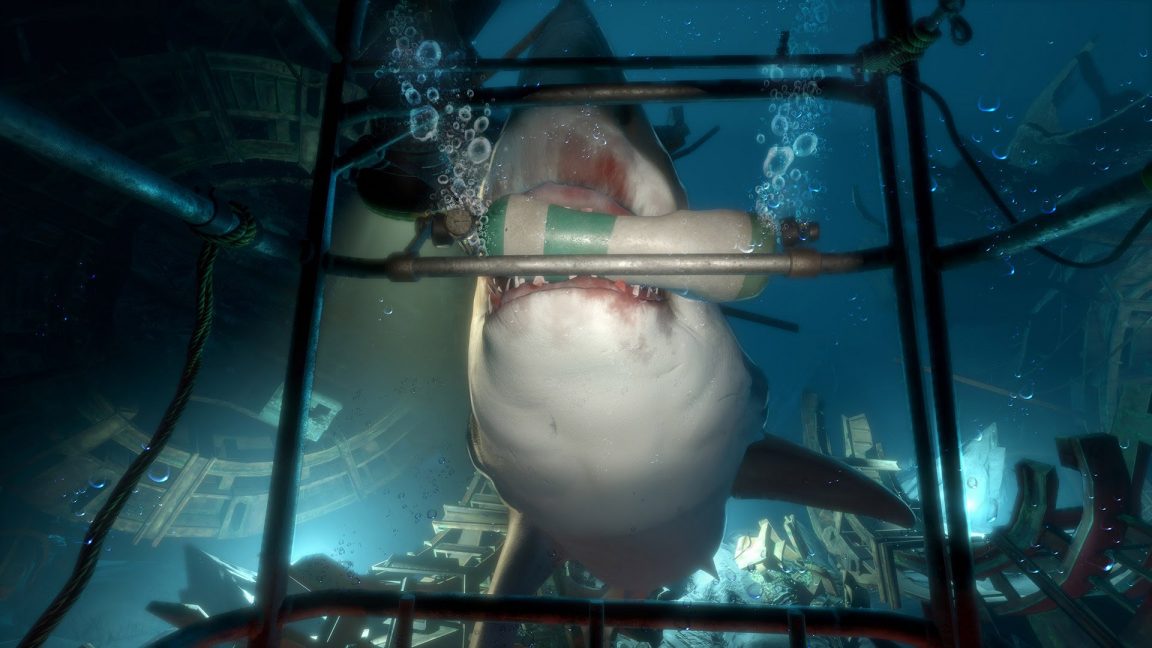 "As a first time experience, being circled by the great white is intimidating and thrilling. But once you've seen it there's no need to come back."

A deep sea experience where you do very little, this is the sort of thing you'll show to your granny on Christmas day while you pinch her sherry.

You sit in a cage and are lowered into the depths of the sea, marvelling at the marine life, the fish, the crabs and eventually a giant submarine, before getting attacked by a shark. It's great as a first time experience, and being circled by the great white is intimidating and thrilling. But once you've seen it there's no need to come back, although you can sit back and have the same experience without the shark if you want to get mellow. 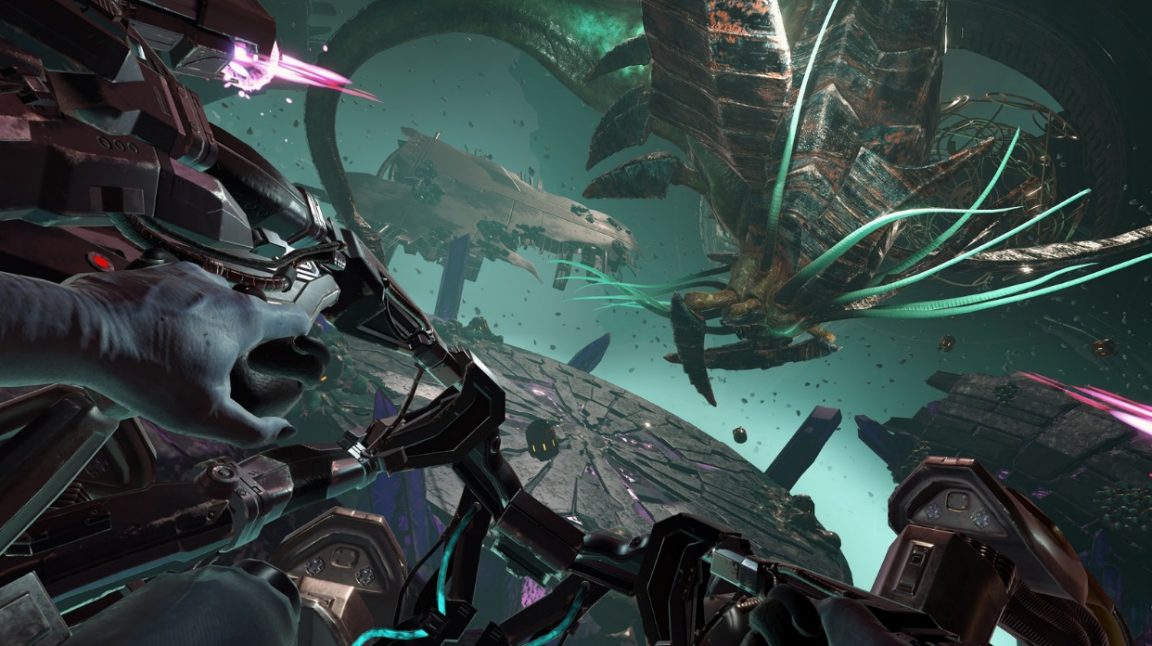 Like The London Heist this is close to a more traditional video game as you pilot a little walking spacecraft across asteroids and eventually into a giant space wreck. You'll grab with one mechanical arm, shoot lasers at little scurrying creatures and leap from rock to rock, switching orientation as you go. It's a great advert for total immersion in a VR world, with a sense of scale and neat little touches, such as being able to watch your skinny alien arms move as you adjust the analog sticks.

Unfortunately it's also a great advert for motion sickness, especially the way it flips your environment so quickly. A lot of the movement feels unnatural, and you'll do extremely well to make it to the end of Scavengers Odyssey without feeling like you need to puke on your shoes. 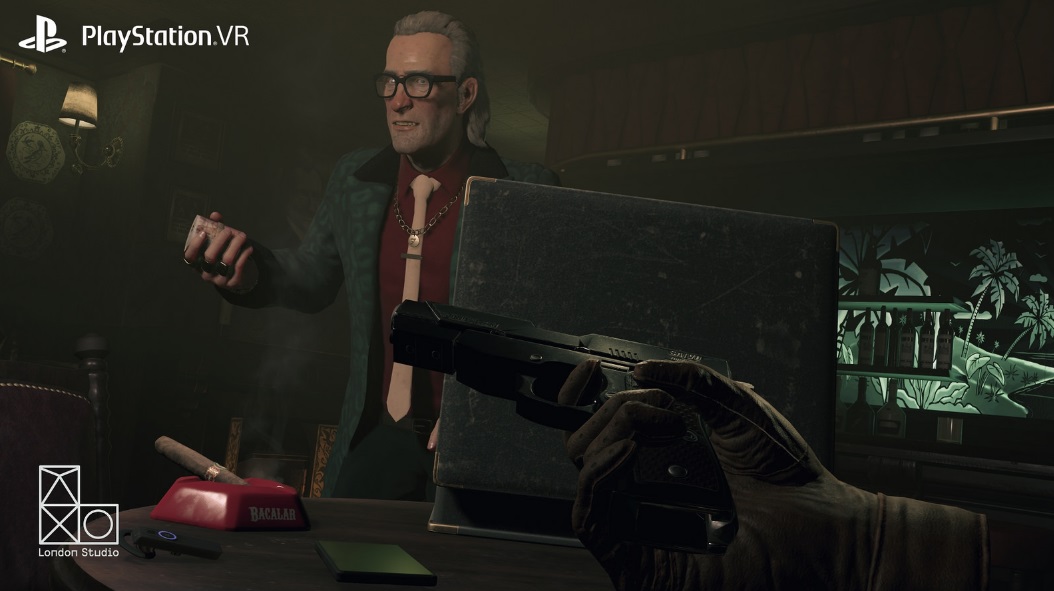 Maybe short experiences are the future of VR, but PlayStation VR Worlds stops the fun just as it starts going.

Aside from Scavengers Odyssey (which I never want to go back to after one vom-inducing play through) I would happily have played five hours of The London Heist and the other games were there that much content. Unfortunately, those games don't exist.

The majority of these experiences have done the expo circuit to advertise the potential of PlayStation VR, and it's hard not to see this as a repackaging of demos that should be available for free. Asking £30 for a bunch of admittedly neat tech demos seems awfully cynical.